When you think of Minnesota, you probably think of cold winters and nice people.

You might also think of hotdish, the unofficial state dish, or possibly a mayonnaise-​laden “salad” or Jell-​O mold. You probably don’t think of a state that’s become a hotbed of diverse cuisine in recent years, from Hmong to Somali to Mexican.

The food I grew up on was straight out of the Midwestern comfort food canon, including dishes like glazed ham and creamed corn for Easter brunch, and Swedish meatballs and mashed potatoes on Christmas Eve. This book features those simple, comforting dishes but also draws inspiration from the increasingly diverse population in Minnesota and modern Scandinavian cooking. If you’re not familiar with the cuisine of the region brought over by Scandinavian immigrants in the nineteenth century, it’s food that is simple yet hearty, inspired by the long, dark winters and humid summers filled with lightning bugs and bursting tomato plants.

I grew up on a 5-​acre hobby farm east of St. Paul, in a suburb called Woodbury, but my ancestors were farmers across southern Minnesota and Wisconsin. Many eventually settled in a small town south of the Twin Cities called Lakeville, where both of my parents grew up. Most of my extended family is still located in the surrounding suburbs, and my husband, Ari, and I moved back to Minneapolis in 2020. Ari is an Oakland, California, native, raised by a Jewish mother and Black bull rider father—​so needless to say, moving to the Midwest has been a new experience for him (not to mention that hotdish, layered salads, and Jell-​O are all unfamiliar territory).

Many of the recipes in this book are based on archives I inherited from my grandmothers and great-​grandmothers: Veola, Nancy, Judith, and Eleanor. My great-​grandmother Judith Soberg kept hundreds of recipes, mostly written on index cards, scribbled on the backs of scratch paper, or clipped from the newspaper. Some have notes like “Good” or “from Ida,” and many are vague in both ingredient amounts and directions. (For example, one piecrust recipe simply reads: “½ cup lard, 1½ cups flour, 6 T. water, baking powder, salt.” No directions of any kind.)

Through the process of making these recipes, I acted as translator into the modern era, and I learned more about women who I knew very little about—​my grandma Judith died when I was three, and most of the women she exchanged recipes with were friends or family who passed away long before I was born. But while rolling out her recipe for sugar cookies, I could picture them sitting in their farmhouse kitchens, gossiping over a cup of strong coffee and a plate of these same cookies. 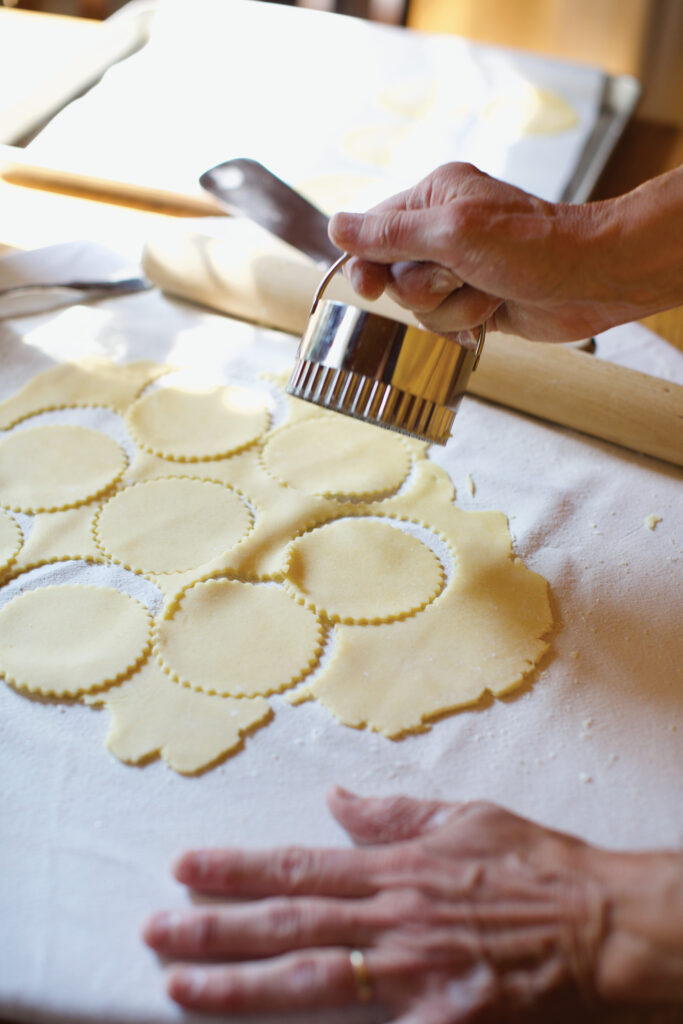 These sugar cookies are legendary on my dad’s side of the family—​they were my great-​grandma Soberg’s secret recipe, and she never shared it while she was alive. Thankfully, she wrote it down! They really are perfect: The crisp texture and slightly tart taste come from a mixture of butter, lard, and sour cream. It’s worth seeking out leaf lard for this recipe, but you can use all butter as well. Believe me, it’s hard to limit yourself to just one!

Sift the flour, salt, and baking soda together in a medium bowl and set aside.

Place the butter, lard, and sugar in the bowl of a stand mixer fitted with the paddle attachment. Beat on medium speed until light and fluffy, about 2 minutes. Add the sour cream, vanilla, and eggs, one at a time, beating after each addition. With the mixer running on low, slowly add the dry ingredients until incorporated.

Divide the dough in half and form into two discs. Wrap tightly with plastic wrap and chill for at least 1 hour and up to 2 days.

When ready to bake, preheat oven to 350°F. Line two rimmed baking sheets with parchment paper. Remove the dough from the refrigerator 10 minutes before rolling out.

Sprinkle a work surface lightly with flour. Place the dough on the surface and sprinkle with sugar. Roll ¼ inch thick. Use a 3-​inch round cutter to cut the dough into circles. Transfer to the prepared baking sheets, leaving 1 inch between cookies. Sprinkle the rounds liberally with sugar. Reroll the scraps one more time and cut out more cookies. Bake remaining scraps with the rounds.

Bake for 10 to 12 minutes, until set and the bottoms are golden brown. Cool on a rack. 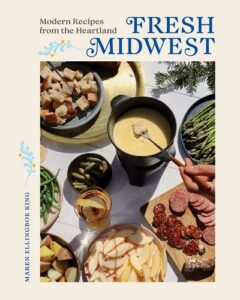 Maren Ellingboe King is a recipe developer and food stylist who grew up outside of St. Paul, Minnesota. A former Food & Wine editor, she has worked with the likes of Sunset, New York Times, Williams-Sonoma, Target, and more. Maren lives with her family in Minneapolis.

Read These If You Aren’t A Poseur: Books That Embody The Punk Ethos 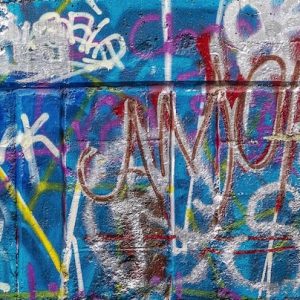 Read These If You Aren’t A Poseur: Books That Embody The Punk Ethos When kids tag “PUNKS DEAD” on a wall they’re contradicting themselves because defacing public property is punk. Punk...
© LitHub
Back to top
Loading Comments...