Confessions of a Reformed Book Thief

How Books Can Save Your Life

It was my friend who’d just gotten out of the state hospital who let me borrow Jim Carroll’s The Basketball Diaries. I was 16 and had just dropped out of high school. I read it in the bathtub, smoking cigarettes one after the other, and didn’t stop reading until my skin was all pruney and gross and I hit the last page, the last word, and went, “Shit, I didn’t know you could say stuff like that in books.”

Next day I made my mom take me to get a library card.

I read a bunch of classics by Faulkner and Dostoevsky and Camus and Hemingway—then I moved onto Carver, Lish, Hempel, Hannah, Paley, and onward, never once looking back.

All of the books I’ve read over the years, the good ones, anyway, always seemed to coincide with an event in my life. Whether it was someone passing away, or switching jobs, or a specific lunchbreak, I can remember where I was and what I was doing and how I felt while reading certain books.

Crime and Punishment was read in south Wichita. I read it in my bed over the course of three or four days, only getting up to smoke a cigarette or eat a sandwich.

Lunch Poems by Frank O’Hara was read during my lunchbreak when I worked at a Starbucks in west Wichita, right after finding out that my coworker’s husband was abusive.

I was reading Naked Lunch when I got word about a giant catfish that was being hauled out of the little pond behind our apartment building—so big they had to wheel it away in a wheel barrow.

I was well into my third attempt at finishing Gravity’s Rainbow when I found out that my uncle had died.

I don’t know why I’m telling you these things. I just know they seem important.

These two sentences from Barry Hannah’s Ray come to mind when trying to relate what reading means to me. “I live in so many centuries. Everybody is still alive.”

The downtown Wichita library is a place full of homeless people during the cold days of winter. They sprawl in the chairs or stand out front smoking cigarette butts. I read the backs of books and imagine them as the characters in the books. I never know until after reading them if it is a good thing or a bad thing. And either way, in my version, they at least have a chance to escape from their lives for a short while.

Jim Carroll was like this version of my brother I actually had a chance to get to know. My brother was an addict early on in life, and I knew a thing or two, too, but in Jim Carroll I found somebody who could help me understand something about brotherhood—and that’s this: just because people are sometimes flawed and broken doesn’t mean they’ve forgotten how to love.

On the other hand, before reading The Stranger and Crime and Punishment I didn’t realize the darkness of the human heart could be such a horribly deep and wretched well, even after Mersault and Raskolnikov reveal to us that often our hearts look more like brains than anything thumping and red in our chests.

What a horrible thought.

But there was this too. Reading turned me into a thief. Just like my brother when he got hooked on meth, I stole things to satiate my needs. It started after some late fee trouble at the library. All of a sudden, I didn’t have anything to read. So I made my mom drop me off at the Borders on the west side of town once a week while she did her shopping. I’d browse for about an hour, scope the cameras, carry around whatever it was I wanted, then, looking suspicious as fuck, I’d stuff the book into my waistband and head for the door. I stole probably 20 to 30 books this way. Sometimes I’d have one book in the front, one in the back and one on the side.

It all started with Wild Boys by William S. Burroughs. Then it was The Downtown Diaries by Jim Carroll, etc. I devoured and stole, devoured and stole, stole and devoured, and never once felt guilty about it. I chalk it up to something I had to do. It made me feel alive—not the stealing of books, but the reading of them. It made me feel like someone less alone in the world.

Then I discovered Watermark Books, a fantastic independent bookstore on the east side of town. It was there I discovered Matt Bell, Jac Jemc, Peter Markus, and Blake Butler, which got me into the beauty of independent and small press book publishing. My book stealing days were over.

I read during lunchbreaks, in my car, pacing my home, in bed, on the toilet, in the bathtub—just about anywhere I’m allowed.

To me, reading is a connection to an experience, both inside and outside the pages—and experience is the most precious thing in this life—memory becomes fiction and fiction becomes memory, the lines blur, and suddenly, one day, we can’t remember if it was our true life friend who said this profound thing or other or some dude in a book who resembled him and vice versa.

That’s what life is, in some small way.

My life isn’t any different from yours. The only differences we may have lay in the hands that have touched us—and our interpretations of those hands.

Speaking of lives, in some ways reading has saved mine. Not in the cliché “this book saved my life” kind of way, but in that reading opened my mind to a seemingly endless stream of possibilities. It taught me all kinds of things, sure, but most importantly, it made me aware, over time, that all humans bleed the same. We all hurt and laugh and love and hate and smile. We don’t do all those things in the same ways or with the same panache, but we know the weight of their meaning. And now, now I realize, at 30, as I’m typing these words, that reading, for me, is simultaneously running from my past and embracing it. And there is no other word for that than hope. Books made me realize that it can live within us all.

Troy James Weaver was born, raised, and remains in Wichita, Kansas. His first book, Witchita Stories, is out now from Future Tense. 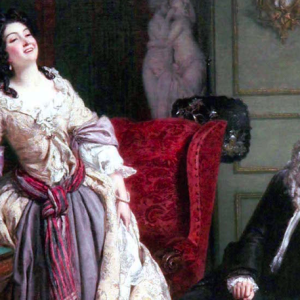 The confessions of a reformed book thief in Wichita, Kansas. | Literary Hub Nabokov’s most recent biography...
© LitHub
Back to top