When Poverty Drives People Below

In the early 1990s I was researching a novel, part of which entailed getting to know some of the homeless people in the tunnels of New York. At that stage—before physics was applied to the World Trade Center, and the Giuliani administration locked off most access to the underground—there were a couple thousand people living beneath the city.

A crack tunnel down in the Broadway-Lafayette station. A heroin tunnel not far away on Second Avenue. Organized prostitution in subways in Chinatown. Immigrant families in the railway tunnels under Riverside Park. Specious rumors of a community under Grand Central Station, fueled by journalists who wanted to apply a name to the idea: the mole people.

The idea of living underground, in the dark, feeds the most febrile part of our beings. The tunnels operate as the subconscious minds of our city: all that is dark and all that is feared, pulsing along in the arteries beneath us. There are seven hundred miles of tunnels in the city. The capacity for shadowplay is infinite. There are hundreds of nooks and crannies, escape hatches, ladders, electrical rails, control rooms, cubbyholes. An overwhelming sense of darkness, made darker still by small pinpoints of light from the grates of topside. And then there are the rats, in singles, pairs, dozens, sometimes hundreds at your feet. If anything can happen, the worst probably will.

I visited the various tunnels, on and off, for the best part of eighteen months. Sometimes I went with the transit cops and the Metro North Police; other times I went alone. I didn’t try to disguise myself as a homeless person. There is nothing more obvious than a middle-class white man trying to pass himself as authentic. I didn’t carry a weapon, or a phone (were there even phones at that time?), and I kept money to a minimum. Cigarettes were a currency: I kept packs in hidden pockets. Most of the time I hung around outside the tunnels, waiting for someone to chat to, a sort of cigarette firefly, pulsing red at the end of the tunnel. When I lit their smoke, I would have a chance to look in their eyes and make a split-second decision about who they were and if I could trust them to take me into the darkness. There was something Promethean about it. Here I was, at the edge of the dark, giving fire.

The tunnel under Riverside Park was one of the most fascinating of all since it seemed to embody the character and texture of most of the other tunnels. At the mouth, by 72nd Street, there was a good deal of light under the railwork fretwork. It was possible to believe that it was a scene from the Great Depression—immigrants leaning against their shacks, looking out over the Hudson, warming their hands over barrel fires. The deeper you went into the tunnel, the darker it became, down by 79th, 96th, all the way to 125th where it blazed out into daylight once more.

A consequence of darkness is mystery. The farther underground I went, the more mysterious the people became. A pair of runaways. A Vietnam vet. A man rumored to have once worked for CBS. A former University of Alabama football player who now looked at his life through the telescope of a crack pipe. Bernard Issacs, a man with long dreadlocks who called himself Lord of the Tunnel. Another man, Marco, a flute player, who lived in a cubbyhole in the rafters and wanted to be known as Glaucon. And Tony, a pedophile who pushed his shopping cart full of tiny teddy bears along the edge of the tracks.

The Amtrak train thundered through their lives. There were murals and tags on the wall: Martin Luther King, Cost Revs 2000, Salvador Dali’s melting clocks, and even a replica of Guernica. The light slanting in from the grates up above formed a sort of natural spotlight. You could tell the time of day from the angle of the sunlight streaming down from above. Once, in spring, I watched the cherry blossom leaves fall down through the grates in the ceiling while the light caught the leaves in their peculiar acrobatic spin. The rats tramped through the cherry blossom leaves: the moisture rose where their paws pressed.

You could take ten paces and you were in an almost complete darkness. The distant light became hallucinogenic. Metal dust from the trains hung in the air. It was otherwordly… until it wasn’t.

Each time I went to Riverside Park I saw a woman, Denise, who lived just inside the mouth of the tunnel, around about 74th or 75th: in other words, she lived near the edge of darkness, in a shack slung together from wood and metal.

Denise saw me one day cleaning my hands with a paper towel from an airplane sachet. “Can I’ve one of those?” she asked. I was traveling extensively, and so I had pockets full of them. Delta. United. Aer Lingus. I reached into my vest pocket and handed her a couple of sachets. She went to her toes and kissed me on the cheek. Denise was probably in her early thirties but the world had pushed an extra decade onto her. She cleaned her hands meticulously and then tucked the extra sachets away. “Thank you, Irish,” she said.

The next time I visited I brought her a couple more sachets. British Airways. Virgin. Lufthansa. Denise was delighted and tucked them away in a fake fur coat that she wore, sometimes even in summertime. There was something so private and personal about the transaction: it was ours. She went to the tips of her toes and kissed my forehead.

One morning I decided to make Denise’s day. I went to a supermarket and searched the aisles for an extra-large packet of wet wipes. This would last her the whole winter, I thought. Hundreds of wet wipes in one convenient plastic container. She would be so pleased. No more furtive cleaning of her hands. She could do it whenever she liked.

I entered the tunnel at 98th Street and slid down an embankment, jumped down into the tunnel, walked down toward the Seventies where Denise was living. I knocked on the aluminum sheet that went for a door. I was already patting myself on the back. She invited me in, but I remained in the doorway. I didn’t like going into the shacks alone. I handed over the bag of Handi Wipes. Denise took the bag and peered inside. “What the fuck?”

She ripped it open and pulled one after the other out like a magician pulling a cloth from a dark plastic hat. The wipes fluttered to the dirt floor.

“The fuck?” she said again. A shine in her eyes. A grief.

I thought of her for a moment as bitter, tired, ungrateful, but then it struck me: What had I been thinking? Denise could not carry a huge box of tissues in her imitation fur coat. She liked the anonymity of the small sachets. They were so neat and tidy. She didn’t want the humiliation of removing a wipe out of a plastic box. Maybe she did not want to carry around a single thing that might remind her of diapers. Perhaps, I panicked, she might once have had a child? Or maybe there was something about the airplane insignias? Could she have had another life? Why was I freezing her in her moment of homelessness? What did I know? What could I know? Who was she, anyway? Was she just a woman with tunnel dust on her hands? Or was there something far more complete behind her that I had refused to see?

I stepped away, along through the tunnel and out along the Hudson.

In those days, food was seldom a problem for the homeless in New York. There was always a restaurant where a friendly sous-chef could be found, or a doorman on Riverside Drive who might share his sandwich, or at least a dumpster at the back of a fast-food joint where more than enough food could be salvaged. Nor was there ever really a problem with clothing—in the 90s, there were more than enough charity organizations in the city to give out coats and boots and hats. Nor was even the prospect of breaking the law such a huge dilemma for the homeless—the cops more or less turned a blind eye. The homeless were largely unseen, unheard, left alone.

Nothing ends really. A few weeks later I was in Denise’s shack and noticed the plastic bin again. All the handywipes were gone. Perhaps they had been used, I don’t know, I’ll never know. She was using the plastic bin for odds and ends: a Giants keyring, a crack pipe, a swirling plastic straw, and a very small empty picture frame. The world we get is sometimes more than enough. It’s the picture I carry with me somehow now, an empty space where the imagination dwells.

This essay appears in Tales of Two Cities, edited by John Freeman, which is out today  from Penguin Books (Freeman is also the executive editor at this site). Freeman will be appearing alongside contributors Mark Doty, Rosie Schapp, and Valeria Luiselli tonight, 7pm, at the Barnes and Noble at 82nd Street and Broadway, in New York City.

Colum McCann is the internationally bestselling author of the novels TransAtlantic, Let the Great World Spin, Zoli, Dancer, This Side of Brightness, and Songdogs, as well as two critically acclaimed story collections. He has received many honors, including the National Book Award, the International IMPAC Dublin Literary Award, a Chevalier des Arts et des Lettres award from the French government, and the Ireland Fund of Monaco Literary Award in Memory of Princess Grace. A contributor to The New Yorker, The New York Times Magazine, The Atlantic, and The Paris Review, he teaches in the Hunter College MFA Creative Writing program. 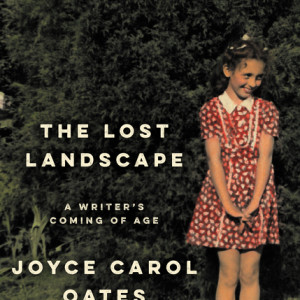 Why would you do such a thing? That is not a good idea. But no one knows, and so no one asks. Why in the night I slip...
© LitHub
Back to top