Cohen Dies, Trump Wins, and We Will Sing About These Dark Times

On Wednesday when it felt like I couldn’t breathe and darkness was all around me, I went for a walk in the light autumn rain and I ended up at a synagogue. I’m not religious, but the afternoon was gray and quiet and I was in need of gentleness. I needed to be gentle with my city and for my city to be gentle with me. I felt as low as I have ever felt. I was bereft; of words, of energy, of agency. Leonard Cohen gets it: Everybody knows the war is over. Everybody knows the good guys lost.

I’d been sort of keeping it together until my sister posted a picture of her two daughters, ages six and eight, with the oldest looking like she’d been crying but was now smiling bravely at her mother behind the camera, her eyes lit up with hope. They were so fragile; their bodies, their hearts. My sister vowed with the superhuman fierceness of mothers that she would do everything in her power to fight for them as our country turned its back on our daughters. I felt spurred to action, but grief closed its wings over my heart.

I had left the house to go protest, but found that my phone had died and, unable to reach the friends I was meeting, decided not to go it alone. Instead I went to buy a book and then, on my way to the bookstore, decided to buy dinner for the man with no teeth who sits on an egg crate outside the bank all day. I asked him how he was doing, and he said he was doing okay. He smiled with real warmth. Leonard Cohen gets it: Even damnation is poisoned with rainbows.

I have found myself talking about Leonard Cohen a lot lately because of Bob Dylan’s recent Nobel win. Dylan is obviously a revolutionary and an icon when it comes to poet-songwriters, but it’s Cohen who always had my heart. His music is brutal and tender, dirty and devotional. His voice has the close rasp of a lover after talking all night; it has seen you naked and knows you to be beautiful. I was introduced to his music by my first serious boyfriend. When he died suddenly at age 27, we played it at his funeral.

Ring the bells that still can ring
Forget your perfect offering
There is a crack, a crack in everything
That’s how the light gets in

I once went on a month-long Buddhist meditation retreat after a difficult year; a thing which, if you are familiar with the life of Leonard Cohen, was a very Leonard Cohen thing to do. I’d expected all this peace and spaciousness but instead I found myself sitting on the cushion with demons all day long. I was unprepared for the crowd of shadows that came to perch on me. I endured them minute by minute, hour by hour, and in the mornings I went for walks up a wet hillside. This was California, and the grass was February-green under the previous summer’s dead gray stalks. On these walks I often found myself humming or singing under my breath what might have been a psalm were I religious, but because I’d gone to a liberal arts college was instead the heartbroken art student’s sung prayer:

Leonard Cohen was never afraid of your darkness. He showed up to your darkness bearing gifts of sex, laughter and oranges. Despite his sterling international reputation for sadness I have never found his music depressing. But it doesn’t lie to you about the depth of darkness in the world.

And speaking of darkness, Wednesday. How, again, does the light get in? Leonard Cohen was dead, but none of us knew that yet. I went to the bookstore and bought a book about trees, and then went out again into the light rain and the darkening streets strewn with fallen leaves until I came to a synagogue whose side door was an open yellow rectangle. I thought of the Bertolt Brecht quote that had been running through my head lately, like a refrain: In the dark times, will there also be singing? Yes, there will be singing. About the dark times.

I went in and sat down in a pew. An interfaith prayer meeting was being held. A weeping priest was talking about violence. He said that we would need more than non-violence to combat this deep violence in the culture we were experiencing; we would need anti-violence, although he didn’t yet know exactly what that would look like. The wise lesbian rabbi hugged people. A man sang and played a guitar with a rainbow strap. A journalist wept and said that he felt his profession was culpable in the nightmare that was playing out. People were frightened. It was the 78th anniversary of Kristallnacht. Everyone cried. I cried.  At the end I sat next to a woman who was feeling like I’d felt earlier in the day, which is panicked, like she was drowning. I listened to her for a while and afterwards she asked if I was the rabbi. It’s the most flattering mistaken-profession-question I have ever received.

Faith isn’t that cool, and much of the time, despite his bad boy image, neither was Leonard Cohen. I’m talking about the synthesizers and the backup singers. I’m talking about his earnestness, and the fact that it’s not uncommon to hear him praised more as a songwriter than a singer, or for people to say they preferred his music when it was sung by somebody else: Rufus Wainwright doing Hallelujah or Nina Simone’s Suzanne, Judy Collin’s Joan of Arc or The Walkmen’s cover of The Old Revolution. But I disagree. The covers are luminous, but I’ve always liked Leonard Cohen straight up as well, embarrassing mid-career synthesizers and everything. Yes, it is cheesy. But in the face of a world bloated with the struggle to be cool, dorky earnestness can feel like a revolution.

On my way home from the synagogue I stopped in at the corner deli. There was a stack of New York Daily News editions with a picture of the White House on the cover and the headline HOUSE OF HORRORS above an upside-down American flag. Title 4 Chapter 1 of the United States flag code will tell you that an upside down American flag is a signal of dire distress in instances of extreme danger to life or property, but it also reminded me of an upside-down cross. An antichrist America. I thought of the weeping pastor. I bought my food, and the Muslim Yemeni teenager who worked there and I were very gentle with each other. I don’t know how else to explain it.

I saw Leonard Cohen in concert a few years ago and he was the most gracious performer I have ever seen, full of noble deference, thanking all of the sound technicians at length and by name. He was 78 at the time but moved agilely around the stage like a young lover, going down on one knee in one moment, bowing with a flourish between sets in the next. He blew a kiss in my general direction. He could tell there was fear in the intensity of our love for him, and said at one point something like “Come on now, I ain’t dead yet.”

I had needed gentleness and to have faith in something, I who am technically faithless, and in the space of a few hours my city sent me a priest, a rabbi, a sad journalist, a kind teenager, and someone who made me feel like I could do something for someone, even if it was just one small thing. It sounds almost like the start of a bad joke—the one about the priest, the rabbi, and the journalist—but felt like grace. Both of which, I think, Leonard Cohen would understand.

At the encouragement of the rabbi, I went back to the synagogue on Friday evening. Unlike the small group who had met on Wednesday, this time the sanctuary was filled with people. The congregation sang songs in Hebrew, and then the cantor passed out a piece of paper with the lyrics of a Leonard Cohen song on it. Hallelujah.

I did my best
It wasn’t much
I couldn’t feel so I tried to touch
I told the truth, I didn’t come to fool ya
And even though it all went wrong
I’ll stand before the Lord of Song
With nothing on my tongue but Hallelujah

Next, the rabbi told is to turn to a page at the back of our prayer books and there were the lyrics to America the Beautiful. With tears running down the faces of more than a few of us, we sang about the country’s natural beauty, her “purple mountains majesty.” We sang about “crowning thy good with brotherhood,” and of heroes “proved in liberating strife.” We sang about mending America’s “every flaw” and “confirming thy soul through self control, thy liberty in law.” 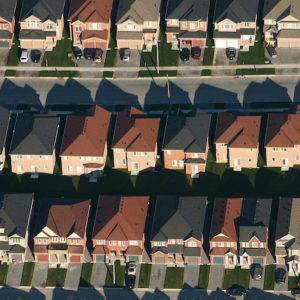 The morning after the election, still anesthetized by the liquor I had consumed the night before, I got up early and took...
© LitHub
Back to top