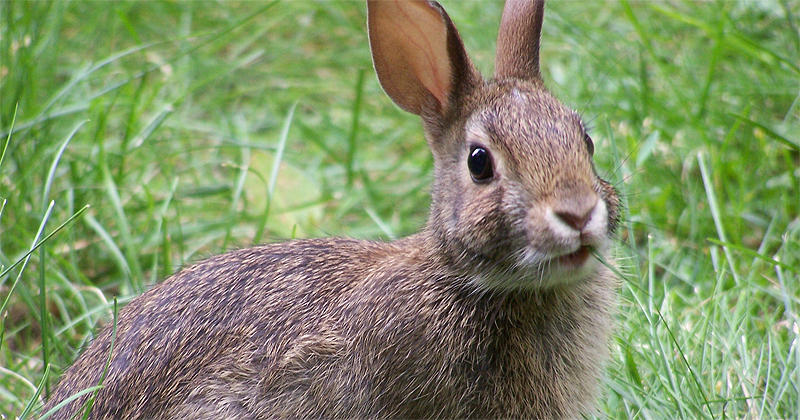 Filmmaker Pedro Almodovar was asked to write an introduction to the translated edition of Clarice Lispector’s final novel Breath of Life. Instead of a formal introduction, his refusal letter was published and said this of Lispector’s work: “Each phrase accumulates such a quantity of meanings; it is so dense, rotund, and rich that I halt before it as before a wall. I like it very much but am not qualified to accompany a text of such magnitude.” To write about Clarice Lispector is to be crushed under the weight of her form.

For me, Lispector is an author who is always unfolding. Each time I encounter her, it’s as if I am discovering her for the first time. But the piece of hers I came across most recently, The Mystery of the Thinking Rabbit, shifted my view of Lispector in a way that made me pause and retrace the last decade I have spent reading her.

While at Fordham in the Bronx, I muddled through an undergraduate Portuguese course with the goal of learning enough to survive a semester in Brazil. We had one reading assignment, in the form of a small newspaper clipping photocopied onto a large sheet of paper. I remember this detail not because I did the assignment (I didn’t), but because the name at the top sounded like a different type of foreign: Clarice Lispector. In class we had spoken of Jose Saramago, Paulo Coelho, and Jorge Amado. Lispector stuck with me, either because she was the first female author we discussed in a parade of Important Men, or because her name did not sound particularly Brazilian.

Living in the Northeast of Brazil was like living in a warm rain cloud—everything always damp. The pages of the books I brought with me swelled and grew fat out of their spines from the humidity. I would splay out on the hardwood floor of my rented apartment to read because it was the coolest place to be.

On my sticky walk to campus, I found air-conditioned refuge in a small bookshop on Avenida Sete de Setembro. During a flash thunderstorm, I browsed, finally purchasing a copy of A Hora Da Estrela, one of Lispector’s most well-known novels. It was a thin volume, the cover illustrated with a woman listening to a radio while clothes and newspaper clippings floated surreally in a blue sky. I thought I had picked up a children’s book, something approachable for my novice grasp of the language, but ten years later in my 7th-floor Harlem apartment, it sits next to me, still unread in its original Portuguese.

It was only after I left Brazil and moved back to New York that I finally read Lispector. This time, I encountered her at 192 Books on 10th Avenue while scanning titles in translation. The jacket copy for The Passion According to G.H. promised a novel based on the narrator’s experience with a cockroach that “provokes a mystical crisis, at the height of which comes one of the most famous and genuinely shocking scenes in Latin American literature.” About a quarter of the way through when the cockroach is crushed and dying in the closet door, Lispector convinced me of the possibility that a cockroach could illicit a transformative experience:

Seen up close, a roach is an object of great luxury. A bride in black jewels. It is rare, it seems to be one-of-a-kind. In trapping it halfway down its body with the wardrobe door, I had isolated the only known specimen. Only half of its body was visible. The rest, which couldn’t be seen, could be huge and was divided among thousands of houses, behind things and wardrobes. Yet I didn’t want the part allotted me. Behind the surface of houses—those murky jewels crawling along?

Crouched on my Harlem apartment’s hardwood floor, I read the entire novel in one sitting.

I have since continued to fight my way through book after book and now consider myself a minor Lispector devotee. For my birthday this year, I was gifted Katrina Dodson’s mammoth translation undertaking, The Complete Stories, which includes 85 of Lispector’s works. I assumed that such a comprehensive collection marked the last of Lispector to be translated into English, so I was shocked to find a new Lispector in Fiction Magazine’s 2016 issue.

Fiction Magazine’s office is housed in a windowless sixth floor room at City College in Harlem. I signed on to be a reader for the magazine during the first semester of my MFA. It’s where I learned about slush piles, and how a literary magazine can survive on not much more than City College student organization money. It’s not where I expected to find a new Clarice Lispector story.

But when Fiction’s managing editor told me that we were publishing one of Lispector’s stories while the 2016 issue was at the printer, I was giddy at the opportunity to read something new, something almost undiscovered. The day the issued arrived in the office in December, I snagged a copy between teaching and taking class.

I courted this new Lispector, keeping her on my nightstand and then in my bag traveling with me on subway rides over the next few days. When I finally decided to sit down with The Mystery of The Thinking Rabbit, I read the single line under the title, “A Detective Story For Children,” and was disappointed. I had been anticipating something chunky and philosophical, not a children’s story; I wanted my Lispector induced sighs and gasps, my dog-eared pages.

So much of Lispector’s allure for me lies in her wholly unfamiliar language. When I began her most mystical novel, Agua Viva, the role of the translator really stood out for the first time —Agua Viva’s introduction quotes Lispector, “I admit, if you like, that the sentences do not reflect the usual manner of speaking, but I assure you that it is the same in Portuguese.” I consider the Brazilian reader accustomed to floral, decadent sentences that mimic the musicality of the language, and then I consider how Lispector’s language shatters that Portuguese tradition. Further into Agua Viva’s introduction, Benjamin Moser writes that “paradoxically, the better one’s Portuguese, the more difficult it is to read Clarice Lispector.” I have always kept this idea close.

Today I have a firmer grasp of Portuguese, and I can imagine how foreign Lispector sentences must sound to a native speaker. This passage from Agua Viva highlights the conflict in language:

“The secret harmony of disharmony: I don’t want something already made but something still being tortuously made. My unbalanced words are the wealth of my silence. I write as acrobatics and pirouettes in the air—I write because I so deeply want to speak. Though writing only gives me the full measure of my silence.

And if I say ‘I’ it’s because I dare not say ‘you,’ or ‘we’ or ‘one.’ I’m forced to the humility of personalizing myself belittling myself but I am the are-you.”

When I read this for the first time, I got up off my floor in order to stomp around the apartment, pleading with the air that these sentences were too perfectly impossible.

I waited another week before finishing The Mystery of The Thinking Rabbit, slowly acknowledging that if I trusted Lispector to take me to the depths metaphysical torment in The Passion According to G.H., I could trust her to bring me through a children’s story.

On the first page of the story, there is a footnote from translator Suzanne Jill Levine. She first translated The Mystery of the Thinking Rabbit (O mistério do coelho pensante) in 1973 while in graduate school at NYU. Levine’s translated copy was sent to Lispector in 1975 and then tucked away until recently, when it was edited and submitted for publication at Fiction.

The story is a sweet children’s riddle originally written for Lispector’s two sons about their beloved rabbit Joaozinho. As Lispector notes in her own introduction, “The story was written for domestic use, I left all the spaces between lines for oral explanations . . . to tell the truth, it only ends when the child solves other mysteries.”

Joaozinho’s story is one of an escape artist: “One day Joaozinho’s nose finally sniffed upon something so marvelous that he was struck dumb. Out of sheer joy, his heart beat so fast that it was as if he had swallowed many butterflies.”

He realizes he can free himself from his cage night after night without bending the bars. Lispector’s curt whimsy is in the rabbit—Joaozinho can smell out an idea with his quick moving nose, which is part of his rabbit nature. Her signature tight sentences and experimental language exist in this story just as they do in her other work. The Mystery of the Thinking Rabbit is short, and when I finished it I was immediately seized by a desire to find out more. Lispector, suddenly, was more than an omniscient female voice—in this intimate presentation as a mother, she became real to me.

I flipped to the index of her biography Why This World and found two mentions of The Mystery of the Thinking Rabbit. The first explained its origin: Lispector wrote this while she was living in Washington D.C. with her two young sons. She tried to make herself as available to them as possible, often writing on the sofa with the typewriter on her lap, but the boys still wanted more from her, and Paulo, “fed up with her writing for grown-ups, ‘ordered’ her to write him a story about their bunny, Joaozinho.”

The second mention dates from ten years later, when she was back in Brazil. Lispector originally wrote the story in English, but in 1967 a Brazilian publisher asked if she had anything for children—it was then that she translated the story from English to Portuguese. The Mystery of The Thinking Rabbit went on to win the Calunga Prize for best children’s book.

In true Lispector fashion, I felt the air of the room collapse around me: had I taken for granted the idea that her writing was difficult? I had. And worse, I’d made it precious. So precious in fact, that I had reduced the possibility of her authorial range. Her works put me so close to the sublime that I had completely overlooked the possibility of nuance.

Reading The Mystery of The Thinking Rabbit allowed me to rediscover the broad spectrum of her language. It took a children’s story for me to mature as a reader. And I now realize why Lispector fans keep coming back to her: We are the children who can’t solve the riddle. The mystery of Lispector remains, and therefore as readers, so do we.

Andréa Stella teaches multimodal writing composition at City College in Harlem, where she is also completing her MFA.

Writing on an Island at the End of the World 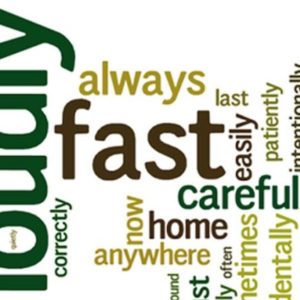 Though it’s long been received literary wisdom that adverbs should be used with a more-is-less approach, an in-depth look*...
© LitHub
Back to top