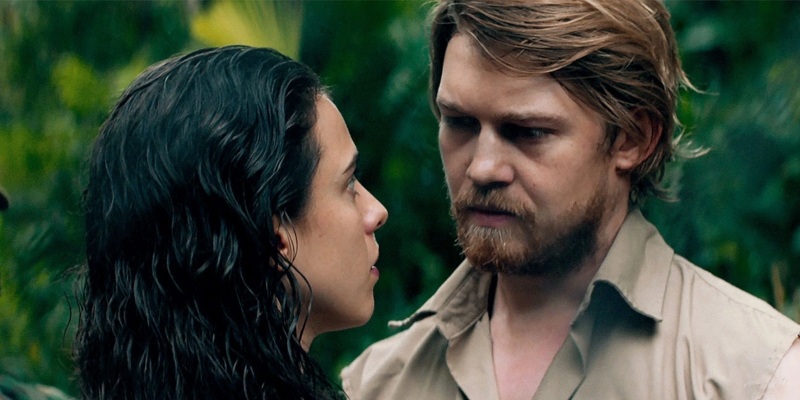 Claire Denis makes open films. Elusive, elliptical, sinewy, and instinctual. Her films often start after the action’s begun and end before it feels over. They give the impression of being granted temporary access to a raging world, one whose problems can’t be solved, whose social codes can’t be fully ascertained, and whose figures recede ever further into the dusk of projection and speculation. Denis lives in the grey—moral ambivalences lead to narrative lacunae in a sense-driven, erotically charged atmosphere.

That brief contact with unique and stimulating worlds usually produces one of two effects on viewers: love that cannot be explained, or frustration tinged with disappointment (and a little insecurity) that spurns the unsatisfied customer into over-elaboration.

The prolific, highly regarded French filmmaker’s latest, Stars at Noon, has left critics largely on the disappointed side. I’ve read the word “misfire” more times since Stars’ premiere in the latter days of this year’s Cannes Film Festival than I’d like. But as David Jenkins wisely observes in his warm review of the Nicaraguan-set film, Denis’ more complex work usually receives a chilly initial reception that melts, with time, into a proper pool of praise.

Stars at Noon is an adaptation of Denis Johnson’s 1986 novel of love and disillusionment during the Sandinista revolution in Nicaragua. It follows an American journalist, unnamed in the novel, named Trish (Margaret Qualley) in the film, who’s come to the country to cover the conflict. That conflict stretches out, and the journalist’s resources dry up. She loses her press badge, loses contact with her editors, the Nicaraguan Cordoba loses its value, and the journalist enters a purgatory of timelessness, dangerous sexual encounters, and unpredictable violence. In one of the lines lifted straight from the book, Qualley murmurs in response to the question of why she came: “I wanted to discover the exact dimensions of hell.”

In the absence of legitimate currency or authoritative credentials, she relies on her body to navigate the crumbling social order. She maintains transactional relationships with a Nicaraguan cop (Nick Romano) via sex, and an unspecified government official (Stephan Proaño) with what seems to be just flirtation. She meets a sexy, austere Brit (Joe Alwyn) at the bar of the Inter-Continental Hotel in Managua. Initially, every time they have sex, she demands 50 US dollars—currency that still holds up.

But like everything else in the irradiated zone of conflict, this relationship plasticizes into something amorphous: fiercely carnal, co-dependent, with a gaseous core of mutual suspicion where trust should be. Daniel, as he’s called in the film, (no one is named in the book—as Johnson put it, ”I thought it was appropriate that the people in hell wouldn’t have any names”) presents himself as oil man. This puts a target on his head, and on Trish’s by extension. They’re pursued by an undercover Costa Rican cop (Danny Ramirez) and a shit-eating American CIA agent (Benny Safdie) en route to the Costa Rican border, where they hope they can both finally escape the Nicaraguan quagmire.

Like Johnson, Denis elides the specifics of the conflict that ensued around the compromised 1984 elections, which stretches at least back to the US occupation of Nicaragua in the 1930s. Johnson visited the country during the Sandinista revolution with intent to write a piece for a magazine. In interviews around the time of Stars at Noon’s release, Johnson remarked that he felt “uncomfortable” and “constrained” relaying what he saw there in nonfiction, so he crossed the border into the free world of fiction. For Johnson, the tropical state in crisis became a potent environment into which philosophical musings could be released, and their growth, under the strange gravity of political instability, could be recorded.

Denis has proven in film after film to be one of the smartest observers and most incisive critics of global imperialism.

In her film, Denis takes a similar approach to the material. Stars at Noon isn’t about Nicaragua. But it’s not entirely about sex, sensuality, bodies, or whatever else its critics have groped at in search of a meaning. Meanings, meanings: those overvalued, crumpled up little receipts for artistic experiences that would often be better off left with the cashier. Denis doesn’t seem interested in making any kind of point with Stars at Noon, or delivering the kind of cogent, explicable critique you find in stern instagraphics and sanctimonious tweet threads.

Like Johnson, she’s interested in the dark strata of human behavior that becomes permissible during times of social instability and in settings of postcolonial decline. But Denis pushes further than Johnson by depicting mid-80s Nicaragua not as a setting within which to stage the disillusionment of a naive American, but as a state of pure flux, a pit of quicksand created by Americans and the West that simply devours, without respect to color, class, or creed.

Denis has proven in film after film to be one of the smartest observers and most incisive critics of global imperialism. She was raised in West Africa, where her father worked as a civil servant during the waning years of French colonial rule. In films like White Material, The Intruder, and Chocolat (her last and only other film selected for the Competition at Cannes), Denis has explored everything from the ignorant hubris of the colonizer; the indiscriminate, chaotic nature of subaltern rebellion; and the thorny sexual politics of interracial love. In Stars at Noon, Denis’ work is focalized around Trish, one of her most complex heroines to date. Any “meaning” the viewer wishes to glean must come from paying close attention to Qualley’s electrifying performance.

Any “meaning” the viewer wishes to glean must come from paying close attention to Qualley’s electrifying performance.

In Johnson’s novel, the journalist charts a relatively clear character arc. She comes to Nicaragua as a “witness for peace” style reporter, but turns bitter and recalcitrant as she confronts the demoralizing realities of revolution. This choice, and the choice to leave every character nameless, renders the journalist as a cipher, making Stars a kind of drama of the Western everyman’s inner character. Denis’ cunning improvement is to catch up with Trish mid-decline and cut off the prelude that shows how she got there.

In the first scene, Trish zig zags around a splayed-open side street, buying fruit with bundles of worthless Cordoba; shouting in blunt, unaccented Spanish; flapping her gums as she eats; and rouging her cloud of dark hair. She’s crude and insouciant; she sticks out like a store thumb, but strangely blends into the chaos for the exact same reasons. Because there’s no pre-decline Trish to compare this version to, it’s unclear throughout the film whether she was altered by the state of things in the country, or in fact attracted to the country—like a gadfly, like Daniel—because of the state of things.

In a humorous call that ends her last working relationship with an editor (John C. Reilly), Trish dismisses trivial pitches like “missing persons stories,” anxiously talking up a nature reserve in Costa Rica instead. “It’s beautiful,” she hustles, “I could do a travel feature on it.” Trish is a hustler with no game, prematurely burned out in her twenties, and more amorally chameleonic than the Nicaraguans she rails against, who are simply adapting to the rapid political shifts to stay alive.

Qualley radiates energy like a bonfire, chewing up the scenery and spitting out lines in an impetuous Spanglish. She’s somewhere between a girl and a woman, in a relationship somewhere between a hookup and eternal love, in a country somewhere between anarchy and order. Nicaragua isn’t so much recessed into the background as it is brought up flush with the characters who strain to separate themselves from it. When Trish is ultimately kept caged in the country at the end of the film, Denis seems to be saying, well, you wanted this.

Stars at Noon is a sultry, spellbinding journey through an intricately pictured land of creeping vines, wild dogs, and unknowable men. That Denis strangely mixes temporalities—keeping the revolutionary setting but importing modern quirks like cell phones and COVID paraphernalia—adds yet another wrinkle that makes this film one of her very richest in recent years.

Elissa Washuta on Reckoning with the Insoluble Puzzles of the Universe 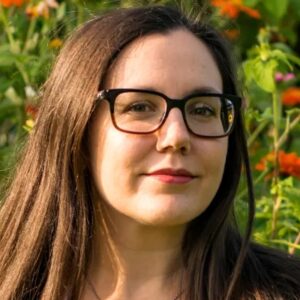 Elissa Washuta on Reckoning with the Insoluble Puzzles of the Universe