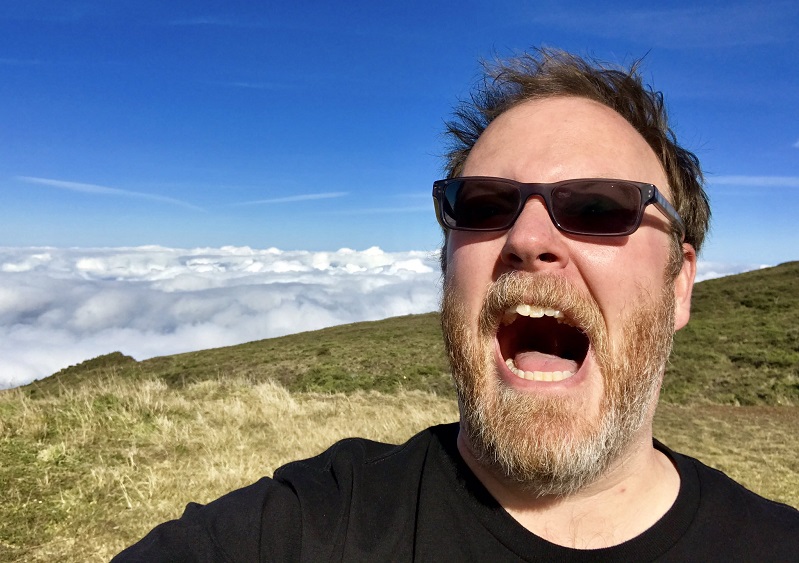 Chuck Wendig on the Time He Enraged a Bunch of Tolkienites

The Author of Wanderers Answers a Few Questions...

What was the first book you fell in love with?
Certainly it’s hard to say, for sure. I’ve loved books for so long! I remember a book called Our Universe, from National Geographic, which was this big unruly thing, and I remember being most captivated by their painted imaginings of what extraterrestrials from other planets looked like. I remember greedily collecting comic strip collections of Garfield, Bloom County, Calvin & Hobbes, The Far Side. I have in my heart books like The Cricket in Times Square, Bunnicula, and everything by Beverly Cleary.

But the first book I remember falling into as if it were a hole dug in the earth—or a hole that went all the way through the Earth and out the other side—was The Book of Three, by Lloyd Alexander. Hell, not just that one, but the whole Prydain Chronicles series. I’ve read The Hobbit and several of the Narnia books, but nothing clicked with me like the Prydain books.

I remember we’d go to the beach and everyone else wanted to play in the sand and the water, but all I wanted to do was sit under an umbrella and live inside these stories. Simple adventures about doing the right thing, without any expectations of glory, and about having adventures with friends, and vanquishing evil even when it overwhelmed you.

*stares at you until you relent*

Name a classic you feel guilty about never having read?
I made the Internet very mad once by suggesting that I couldn’t get through the Lord of the Rings trilogy. As noted, I had read The Hobbit, but when I tried to start Lord of the Rings, I just couldn’t do it. No harm or foul against the books or those who love them, but for me it was just a slog. But I said it on Twitter, and while I had a lot of commiseration from folks who didn’t make it through them either, there were. . . others who were not so pleased, as if I had spat in the eye of Our Maker. As if failing to demonstrate proper obeisance to The One True Author was a sin akin to urinating in the holy font. There were many YouTube videos about it. Angry, angry YouTube videos from very serious Tolkienites. You never know when you’re going to kick over a hive of very particular people. All over a book!

But I just couldn’t get through it. And I feel bad I couldn’t! Maybe I should try again. I did like the movies, though.

I mean, ha ha, not The Hobbit, that was terrible.

By the way, if you need a recommendation for a most wonderful epic fantasy series, and like me you couldn’t really cut it with Tolkien, may I recommend Robin Hobb’s books? How can you note love the Fitz and the Fool? Just do that. Go there. Read those.

If you need to learn how to write—and how to hurt—great characters, look no further than Hobb.

Which non-literary piece of culture—film, tv show, painting, song—could you not imagine your life without?
How can I possibly not say Star Wars? I’ve more or less pickled myself in the Star Wars Universe since it came out (coinciding with my birth, which I think strongly suggests I might be of Skywalker lineage). It’s been with me every step of the day. I think about Star Wars with great regularity. It’s both something that is deeply personal and hugely global, a storyworld phenomenon that is unparalleled. And having been allowed entry into the greatest space opera sandbox was such a privilege and a pleasure (a few, erm, bumps and bruises and angry YouTube videos notwithstanding). It impacted my view of storytelling, cemented my love of big brassy SFF epics, and further helped to punch my career into hyperspace, Chewie.

I like to compare Star Wars to its greatest ship: the Millennium Falcon. It’s a glorious piece of trash that’s been cobbled together crudely over the years, and it shouldn’t work, it shouldn’t fly, but not only does it fly, it’s the fastest damn ship in the galaxy.

Which book(s) do you return to again and again?
The second horror novel I’d ever read was Robert McCammon’s Swan Song, and I read that book maybe every few years. Which is a daunting task, as it’s about 900+ pages. (I say that, but here I am producing my own epic end-of-the-world story at around 800 pages.) Certainly the “apocalypse novel” of the 1980s to beat is The Stand, which is also amazing, but Swan Song spoke more to fears of mine about nuclear war and the devastation that followed it. It’s long and demented and dark. It’s grotesque and grindhouse even as it is hopeful and beautiful in places. And I think that’s what I like so much about it. And it’s what McCammon—and King, too—do so well, which is shining a beam of light in some very dark spaces.

Horror and humor and hope, working in measure.

That, and there’s also Douglas Adams’ Hitchhiker’s Guide. A book that’s more a beam of darkness cutting through the light—an absurdist humor parade of bureaucracy and politics and space madness. An essential book for our times, in a curious way, isn’t it?

What do you always want to talk about in interviews but never get to?
Apples and foxes. Why does it always have to be about books with you people? Oh, wait, this is a book site. I suppose I shall just have to write a book that features apples and foxes.

Then you won’t be able to not ask me about apples and foxes!

[Ed. note: we love apples and foxes and gin more than most book sites.] 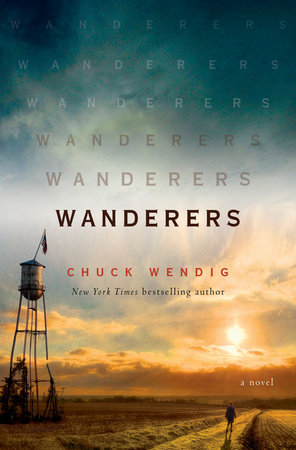 Chuck Wendig’s Wanderers is out now from Del Rey.

In Patriarchy No One Can Hear You Scream: Rebecca Solnit on Jeffrey Epstein and the Silencing Machine 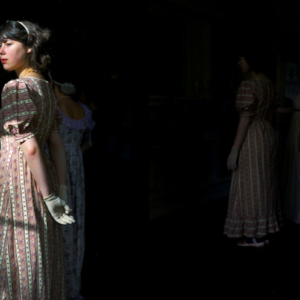