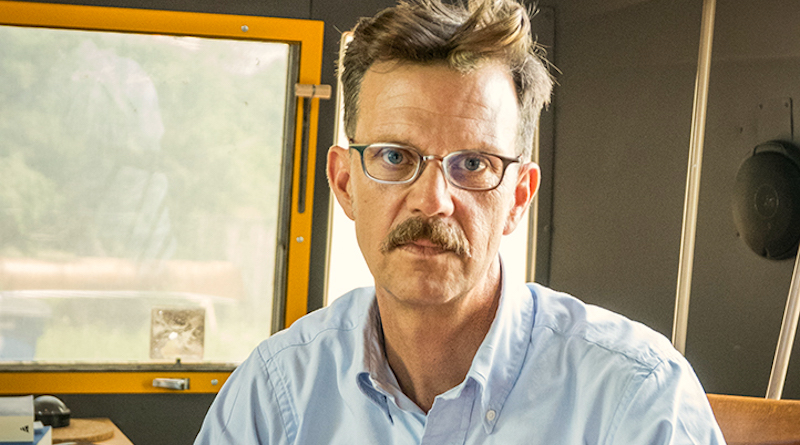 Christopher Brown on Serving on the Inspiration Behind Rule of Capture

A crash course in the law as well as a darkly humorous thriller, Christopher Brown’s Rule of Capture should make you think hard about the importance of law and its implications for citizens.

In the novel: Donny Kimoe, a wise-cracking lawyer who used to work for the prosecution and has kept his security clearance, believes in the legal system. His work as a defense attorney will change all that. His clients are a new class of criminals—those who dare protest changes in American government, including imposition of martial law in certain areas and the detainment of citizens without legal reasons. To protect his new client, Xelina Rocafuerte, a young journalist, from the fate of his previous one, who just received the death penalty, Donny tries the patience of his former associates, and leans heavily on his prior friendships. Soon he realizes private interests, allied with influential politicians, have a good reason to want Xelina locked up out of sight. Xelina’s video evidence, if made public, will interfere with their secret plan to use condemned land for some lucrative business plans.

Gabrielle Mathieu: It’s common advice to writers to write about something that makes them passionate. You obviously have strong feelings about the injustice of our legal system though you’re not a criminal lawyer. Can you tell our readers how working on a grand jury galvanized you?

Christopher Brown: Yeah, I’d be delighted to and that’s an insightful question. The thing that struck me when my editor sent this out to get blurbs from authors writing legal thrillers—not a community of writers that I’d personally known very well and a lot of reactions it got was, “Wow, this is so emotional for a legal thriller, a lawyer’s story, which maybe isn’t often the case. I have read a bunch of them and I suppose there is something to that. A lot of a sense of injustice is what pervades this book and it’s very much inspired by real experiences, in particular when I was working on Tropic of Kansas—my book which came out in 2017—but I was really working on it from 2012-2014. In 2013, I spent the first half of the year serving as a member of the grand jury in state criminal courts in Austin, Texas, where I lived and a grand jury is different than a trial jury in the American system. It’s a panel of 12 members of the community which in this case included a few lawyers as well as laypersons, who serve the role of hearing all of the felony indictments that all the county prosecutors propose to have . . . so you sit there for two or three days, for a half-day, a week and the prosecutors come in with reports of all of these arrests from petty theft to all kinds of horrific assaults and—we never got any homicides or something like that—but some gun violence, a lot of domestic assault and a ton of drug cases; a very intense look into the life of the community.

What really struck me was sitting there every day hearing all of these cases was to see just how much, in the American system, the access to justice is allocated based on money, class, and race. You could really see that in terms of the cases that came in front of the grand jury. Including in just the ways a lot of the laws were being enforced: which neighborhoods to control, what kinds of people to pull people over, which circumstances to pull people over in. There was one where there was a kid who got stopped by a police officer for walking down the wrong side of the street—and you know according to the law of pedestrians if there’s a road and there is no sidewalk, and of course in low income neighborhoods in Austin there are no sidewalks, you have to walk down a certain part of the right of way. And then you get stopped and frisked and get caught with some kind of small quantity of narcotic and then you’re in the cage and in the system. Just being part of that system and . . .  the standard of probable cause is pretty low. It really energized me to try and engage more with that sort of everyday dystopia, from the vantage point you experience it. It’s not the kind of thing you can easily jump into on an ad hoc basis but it ended up leading into my work.

Sarah Knight on How to Just F*cking Say No 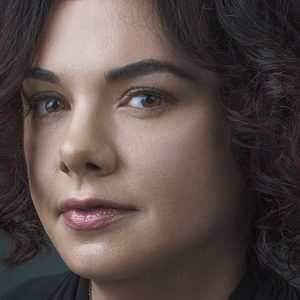 “The whole thing has been so lovely. I think the best part has been getting to talk to people who’ve now visited a place...
© LitHub
Back to top