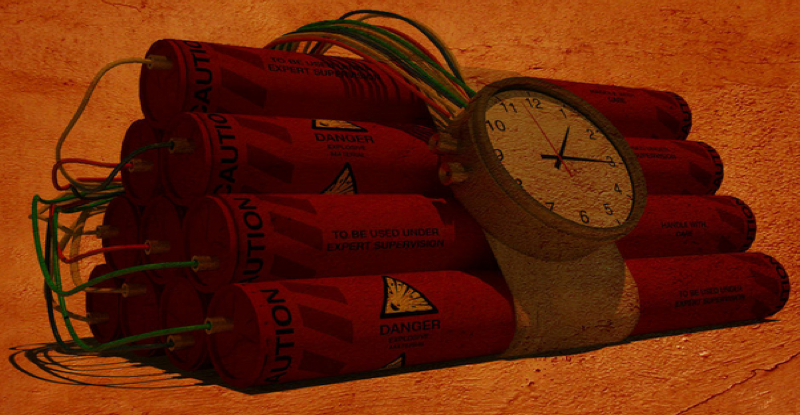 It was a one-decade deal. I’d given myself ten years to become a published novelist, and now my time was almost up. Three, two, one. . . The next day I would turn 40, an event that would seal my sense of failure. Tomorrow I was quitting writing for good.

Ten years earlier, aged 30, I had left my job at a a popular British magazine where I was the puzzles editor to become a novelist. It feels whimsical now. (That’s a euphemism for self-indulgent.) I lived in London and, suffering from perhaps the most severe hangover of my life, walking to work along the towpath of Regent’s Canal in Camden, I had a lightbulb moment.

Plot idea #357: astrophysicist who despises astrology decides to become an astrologer; using his scientific chops, he will prove to the world that star-signs are nonsense by employing statistics to better “predict the future” than any astrologer ever has.

People have thrown in their careers on more tenuous grounds. But not by much.

I called it Star Star. I know, I know, you want to track it down right now and order the hell out of that thing—space scientist crushes new age baloneyists—but alas the world of publishing didn’t share my certainty that the dismantlement of pseudoscience represented the future of the Great British novel. (Although I stand by every word of it, Aquarius!)

But that was OK. This was a decade-long project—my wife had a full-time job, I was making money freelancing while I wrote, and I still had seven years left.

My second novel, only half-completed, was Some Fandango. I threw it in the trash because the writing was even worse than the title, which is saying something. My third, Too Much Information (I will actually stand by that title until the day that I die), a novel about a man who could visualize the probabilities of various events, was almost good. The publishing world waved it away as if it were a bad smell.

And then I moved to the United States where my (American) wife had been offered a great job. I hoped this would be good for my writing—a change of scene, a new perspective. At this point, I had probably put in my 10,000 hours of grind as per Malcolm Gladwell’s Outliers. I was seven years into my self-imposed ten year limit. And then I had my best idea yet.

Six friends at Oxford University play a game of psychological dares. The challenges begin as childish pranks with silly forfeits for non-performance, but gradually the stakes grow higher and the game becomes intensely personal, a vicious struggle that results in tragedy. I called it Black Chalk, a dark title for a dark novel. I set half the tale in New York City—my new home—giving the story a terrified hermit for a narrator, a man reflecting bitterly on his role in the game all those years ago. He receives a phone call on the very first page. Someone has tracked him down. The game, it seems, is not over.

When I finished it was clear that Black Chalk represented a step change in the quality of my writing—my plotting, in particular, had improved dramatically. I was certain that here, at last, was the novel I was going to get published. I found an agent with almost no trouble at all, and out into the mysterious world of submissions went my manuscript. I imagined it returning to me fully bound and garlanded.

One rejection, two rejections, three. (They call them “passes” in publishing speak, as if you might be the delightful petit four at the end of a banquet that the editor can’t quite force down.) Five rejections, ten, fifteen. . .

At this point, my agent hinted to me that my agency could help me self-publish, which held all the appeal of several other self-s: hatred, mutilation, immolation. I turned instead to self-medication. The whiskey industry was mightily buoyed by my case of the blues.

My next self-would be self-analysis—I was nothing but a failure in life—which led me to the doors of actual analysis, and I started therapy. But as a stiff-upper-lipped Englishman this felt like another failure, and while I tried to battle my depression, the failures kept mounting. Forty rejections, fifty. . . It now seemed possible I might receive more passes in a year than any NFL wide receiver had ever managed.

My 40th birthday (aka “the deadline”) appeared on the horizon, and started to speed hell-for-metal toward me like a laser-guided missile. One month to go, one week. . . I headed off to Puerto Rico with my wife to celebrate. . . wait, to celebrate what exactly? The big “four-oh”? The big “I quit”? What was I going to do with my life when we returned from this vacation? My freelance work had dried up when I moved to the States, and how much longer could I ask my wife to keep supporting me? I had made no plan B, I had entrusted my future to a foolish bundle of dreams. (“There is no u in dreams,” the world seemed to whisper.)

The day before my 40th birthday, I woke up and blearily flipped open my laptop, an action that no longer signaled the beginning of a writing day, my computer now having become little more than a rejections mailbox. Hmm, but wait, there was an email from someone at my agency—not my agent, which was odd—and it bore a strangely surreal subject line. I opened it up:

Dear Christopher, I’m the foreign rights director here at DGLM and pleased to have the chance to work on BLACK CHALK. I’m very happy to say that we have a Russian offer for you. . .

What? But that didn’t make any sense. I read it again. Yes, extraordinary, a Russian publisher had offered to print Black Chalk, my novel, in Russian—a language I don’t even speak, a language so foreign to me, in fact, I can’t even comprehend its alphabet. The situation was so surreal that perhaps instead of replying “yes” I should have replied “trombone.” (OK, I replied “yes.”)

However, it didn’t matter that I wouldn’t be able to read my own novel, because one day before I was due to press the self-destruct button, the land of Tolstoy and Nabokov had decided that I was going to be a published author. It represented a light sprinkling of hope, just enough breadcrumbs to keep me going.

Two months later I received a less surreal message. One of the major UK publishing houses had made an offer for my novel. Decent sales in Britain led finally to a book deal in the US, where Black Chalk performed even better, and was named a Book of the Year by NPR. Now I have a second novel coming out in January, Grist Mill Road.

I’m an avid cook, and I have a strange sort of superpower in the kitchen. Whenever I set a timer, I almost always know when it’s about to go off. Something inside of me tugs at my eyes, I look up at the clock, and there it is counting down the last few seconds: three, two, one. . .

Ten years had seemed like an arbitrary deadline to set myself, but who knows, perhaps some mysterious part of me had known how long it would take for me to become a published author. Nine years, fifty-one weeks, six days.

Christopher J. Yates was born and raised in Kent and studied law at Oxford University before working as a puzzle editor in London. His second novel, Grist Mill Road, is out now. He lives in New York City with his wife and dog.

They Tried to Ban Fahrenheit 451 and Replace It With. . . My Book 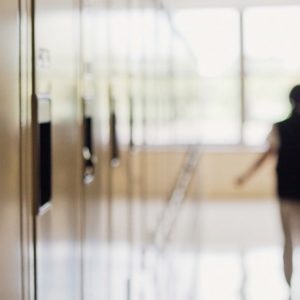 Ever since the It Gets Better campaign started, I found myself having the same conversation. It’s not that I didn’t understand...
© LitHub
Back to top