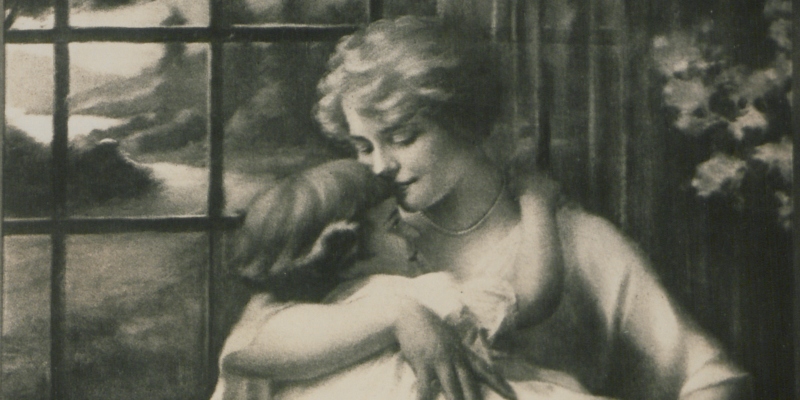 Being a stepmom has some undertones of what being queer feels like: they can both be invisible. They are both behind-the-scenes. People can’t tell from looking at you. They can also look at you and make an assumption of what you are.

In her book of microessays, No Relation, Paula Carter calls herself an “almost-mother.” In a New York Times article, she writes about not having a name for the relationship she had with a long-term partner’s children: “I was not the boys’ mother—they had one of those; I was not even their stepmother. But, I was something. When you realize you are outside of what has been deemed normal, what has been named and defined, these are the things you feel you lack: Dignity, autonomy, belonging. And a shared understanding of the role you play.”

In The Birth of an Adoptive, Foster or Stepmother, Barbara Waterman writes: “Although I did recite a Zuni adoption prayer to my daughters during the wedding ceremony to their father, the enormity of my life change remained hidden without social rituals to mark it publicly.”

Stepmom contains two opposite ideas: it epitomizes blurred lines, gray areas: you’re not a mom and you’re not not a mom. But it’s also a label.

In her memoir, Stepmother, Marianne Lile writes, “In a not-so-subtle way, it does conjure up a loss: death or divorce. Either way, it points to the demise of a relationship along the way. And now I had this label attached to me. What happens when you take on a label?”

The first time Sadie said “I love you” to me is as vivid as any time a partner did—if not more so. It was March and she was leaving for DC. Tony and I had been together for almost one year, and we weren’t living together or engaged yet.

Tony left the apartment to start the car but Sadie hung back in the stairwell and said “I love you” very quietly.

“What?” I asked, and she sheepishly said it again, but looked me in the eye.

Being a stepmom has some undertones of what being queer feels like: they can both be invisible.

My friend Emma, who is dating a man with a four-year-old boy, said her heart raced as she was singing the song “Skinnamarink” with him and she realized as they led up to the chorus, that they would be saying “I love you” for the first time.

People throw around the term “chosen family” for their friends. According to The SAGE Encyclopedia of Marriage, Family, and Couples Counseling, “Chosen families are nonbiological kinship bonds, whether legally recognized or not, deliberately chosen for the purpose of mutual support and love.” The term originated within the LGBTQ community and was used to describe early queer gatherings like the Harlem drag balls of the late 19th century.

Aren’t stepkids your chosen family, though? Aren’t you choosing to marry a partner who has kids?

On Christmases, the blendedness of blended families is exposed, becomes high-definition. Sadie usually spends the first half of the day with her mom and the rest with us. I spend half the day with my dad and the rest with my mom. This means Sadie goes from her mom’s house to her dad’s house to my dad’s house to my mom’s house. That’s a lot of houses. It is passed off to kids as, “You get two Christmases! More presents!”

Kids love Christmas, and I am not implying the movement on Christmas Day is a negative thing. It’s just something people whose parents are together and wake up and stay in one house all day and go to sleep at that same house at night will not experience. The packing of the bags, change in surroundings, shuffling of presents.

In 2020, Sadie and I sat together as we watched our friends JD and Marty get married. Marty had a ten-year-old child, Willow, from a previous marriage. JD, whom Willow clearly adored, was going to be their stepdad. We had dinner with them regularly, and the kids became close through a shared love of Harry Potter, playing Clue, and lemonade stands in the summer.

Willow, normally sassy, a little guarded, choked back tears and placed their hand over their heart.

Spalding Gray referred to himself as his stepdaughter Marissa’s “accidental dad.” Gray’s slim memoir Morning, Noon and Night chronicles his blended family with two biological sons and his 11-year-old stepdaughter, Marissa, who he says was “like a strange mirror to me.” In a scene where Gray’s wife is pumping gas, he writes: “Marissa, sure that the smell would cause her brain cells to die, rode with her head out the window for an hour. She will survive and thrive. There is no doubt in my mind about that.”

On the ten-year anniversary of Gray’s suicide in 2004, NPR interviewed his wife and Marissa, whom they called his daughter:

“He taught me how to think, how to see the world,” Marissa said. “And I was reading one of Spalding’s books and he wrote, ‘I know Marissa will survive and thrive for her whole life.’ And that’s such a gift, to have a parent write down how they feel about you.”

I have finally learned to cook because I like feeding my boyfriend and daughter. Is she my daughter? I make her oatmeal and stuffed peppers; she loves sweet-potato-and-farro bowls. I put cheese on everything so she’ll eat more of it; she has Wisconsin Dairyland in her blood. She gives me a thumbs-up and scarfs it down. Even when she was six, she’d ask for a million toppings on her pizza at restaurants: olives, anchovies, peppers, pepperoni, onion, and sausage. “I wasn’t expecting that,” one waiter said, impressed by her palate.

I have finally learned to cook because I like feeding my boyfriend and daughter. Is she my daughter?

Before I could even imagine marrying or being a mom or stepmom, my favorite films were the ones with “out-of-bounds” relationships. In My Girl, the character Vada becomes close with the woman who works in her house. In Stepmom, Jena Malone and Julia Roberts finally bond while driving in the car, passing lipstick back and forth and singing along to “Ain’t No Mountain High Enough.” In Corrina, Corrina, the nanny, Corrina, is the only person that Molly, whose mom has just passed away, will communicate with, which she does by tapping her nose once for no and twice for yes. I have shown Sadie all these movies, which she loved.

“I choose things that I had once loved,” Paula Carter writes. “That is one of the privileges of caring for children.”

I tell her things no one ever told me: that fighting can be okay so long as there is resolution and respect. That just because Tony and I had a fight doesn’t mean we will break up. Wearing new boots on your first day of school is good luck. That the reason I am in bed during a sun-sweat day is because an egg is traveling through me.

Is that what tampons are for? she asks. I don’t like having cramps, I’ve had them swimming, she says. So a pad is like a diaper, so 12-year-olds kind of have to walk around wearing a diaper? Are the tampons because otherwise the blood will go everywhere?

In The Argonauts, Maggie Nelson writes: “Every time I see the word stepchild in an obituary, as in ‘X is survived by three children and two stepchildren,’ or whenever an adult acquaintance says something like, ‘Oh, sorry, I can’t make it—I’m visiting my stepdad this weekend,’ or when, during the Olympics, the camera pans the audience and the voiceover says, ‘there’s X’s stepmother, cheering him on,’ my heart skips a beat, just to hear the sound of the bond made public, made positive.”

On Thursdays I picked Sadie up from school at 3:30. At 3:00 pm I left the apartment to find a taco truck in front of our driveway, blocking the car. I panicked, already running a few minutes late.

“You’re blocking my driveway,” I told the man behind the counter. He just stared at me, and I added, “And I have to go pick up my kid.”

My kid. It was the first time uttering these words. The power to them. How quickly he moved the truck. How hard I hit the gas pedal to get to the school on time. 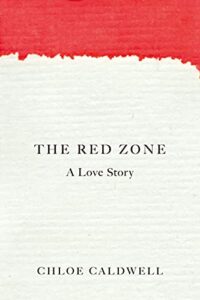 Excerpted from THE RED ZONE: A LOVE STORY by Chloe Caldwell. Copyright © 2022 by the author and reprinted with permission of Soft Skull Press.

Chloe Caldwell is the author of three books: I’ll Tell You in Person, Women, and Legs Get Led Astray. Her essays have been published in The New York Times, Bon Appétit, The Cut, The Strategist, BuzzFeed, NYLON, VICE, Longreads, and many anthologies. Her essay “Hungry Ghost” was listed as Notable in The Best American Nonrequired Reading 2017. She lives in Hudson, New York, and teaches creative writing online at Writing Workshops, LitReactor, and the Fine Arts Work Center. Find out more at www.chloesimonne.com.

Anna Quindlen on the Power of Writing by Hand

How To Write History While It’s Happening: Lessons From Tacitus 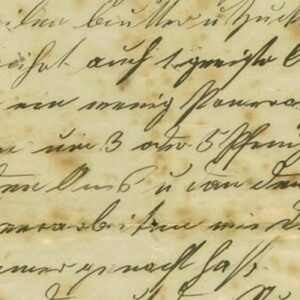 Anna Quindlen on the Power of Writing by Hand

The following is excerpted from Write for Your Life and a version first appeared in Lit Hub’s The Craft of Writing...
© LitHub
Back to top
Loading Comments...