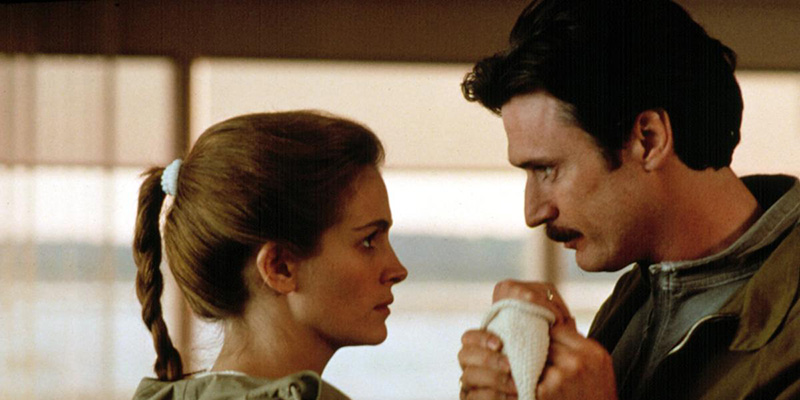 In this episode of Open Form, Mychal talks to Chelsea Bieker (Heartbroke) about the 1991 film Sleeping With the Enemy, directed by Joseph Ruben and starring Julia Roberts, Patrick Bergin and Kevin Anderson.

Chelsea Bieker: I was thinking so much about how the movie would probably be different today. It’s so funny because on the front of the novel [the film is based on], the little tagline says “A novel of pursuit.” And I thought that language was interesting because to me, it’s like… pursuit? Yes, her abusive husband is pursuing her across the country and he’s searching.

I would say hunting is a better word. Pursuit can almost sound neutral or a little bit romantic, like I’m persuing a relationship with you. But I think in that time, which wasn’t even that long ago and probably still today, there has to be a digestible component for people in order to take in that kind of content. So I was curious about a novel of pursuit, a movie of pursuit. I didn’t quite see it that way.

Mychal Denzel Smith: No, I don’t see it that way at all. And that’s exactly what you’re saying. Because, like pursuit, particularly in a cultural context, where we think of pursuit as like something noble that a man does to a woman, right? Like he’s pursuing her. He’s courting her. These are things that are indicative of manhood in heterosexual relationships. It’s just like, no, the woman has something that the man wants and he is honor-bound to pursue it and get it by any means.

And it’s like, no, this isn’t a movie about pursuing someone. This is a movie about torturing and tormenting and then hunting someone down as a result of them escaping. And I think the Ben character, the guy that she meets, he’s pursuing but pursuing aggressively in this way that’s off-putting. And it’s like no one is concerned at any juncture here about what Laura—Julia Roberts character—actually wants. Both of the men that are pursuing her, if we’re to use that word, are only concerned about what they gain from this.

Chelsea Bieker is the author of the novel Godshot, which was a finalist for both the Oregon and California Book Awards, long-listed for the Center for Fiction First Novel Prize, named an NPR Best Book of the Year, and a Barnes & Noble Fiction Pick. Her writing has appeared in The Paris Review, Granta, The Cut, McSweeney’s, Literary Hub, Electric Literature, and other publications. She is the recipient of a Rona Jaffe Foundation Writers’ Award and a MacDowell Fellowship. Originally from California’s Central Valley, she now lives in Portland, Oregon, with her husband and two children. 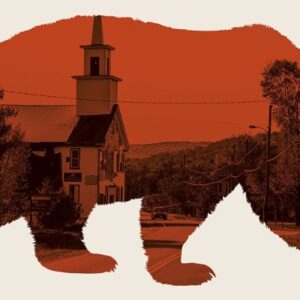 What do wild bears and libertarians have in common? Turns out, more than you might think. In 2004 a group of libertarians...
© LitHub
Back to top