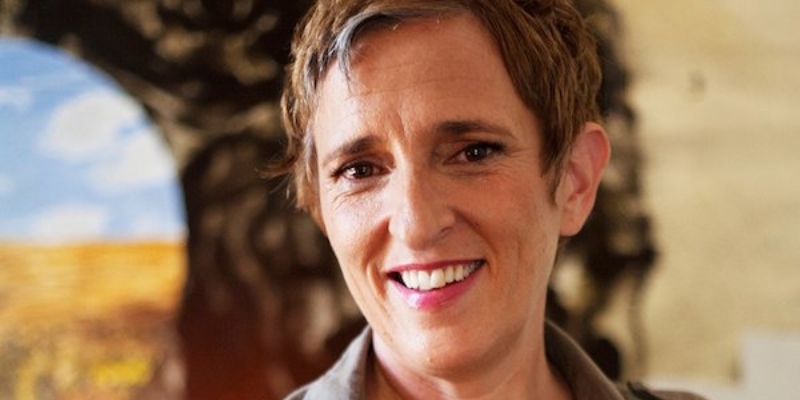 Charlotte Wood on Exploring the Longevity of Female Friendship

In this episode, Mitzi talks to Charlotte about her latest novel, The Weekend.

Mitzi Rapkin: Was there something you really wanted to say with this novel, The Weekend, that had been bubbling up inside you?

Charlotte Wood: The Weekend was a book I wrote almost in reaction against the book that I had written just before that, which was called The Natural Way of Things, which was about a group of young women sort of held captive in this brutal place. It was a slightly surreal, kind of stylized, fairly brutal story about misogyny basically. It had a big response here in Australia, and it was the first book of mine to be published internationally, so I spent a lot of time talking about that book and the material of it, which was a pretty heavy thing to be carrying around for a number of years. And so, I wanted to write a book that was funny, that had lightness to it, while not being trivial. The Weekend is a book about three older women in their seventies, navigating their friendship after the death of their very close fourth friend.

I realized that because my parents both died in their fifties, I had always matched my life expectancy to their life expectancy. So, I just thought, I’ll be dead by 60. I didn’t think it that consciously, but I think a lot of people do that, you know—they sort of think, oh, my parents died at 70. That’s my longevity to come. And because I’d always thought that, I had never, ever, ever once thought about what it might be like for me to grow old. I’m now three years older than my dad was when he died, and a couple of years younger than my mom was. But it struck me that, wow, what if I don’t die? What will that be like? So there was that question of what kind of older woman might I become.

The second question was, is it possible to have a thriving, flourishing friendship for 40 or 50 years? I’m really interested in that question. I think a lot of the time, our oldest friends are very dear to us. But we can sort of allow that relationship to sit in concrete, and we can allow it to calcify and become a very loyal and lovely thing, but not as alive as when we first met. So, I was interested in whether that’s possible, as well.

Charlotte Wood: I hope it is. I think it is, but maybe you have to be really conscious of it. I don’t think it happens by itself, right? Because one of the things that the women in The Weekend are grappling with is allowing each other to change and be different from what they were when they first met. I think when we see our closest friends changing, sometimes we find that very threatening; we think they’re leaving us in some psychic way. Or we can think, I know you, you’re not like this, you’re putting on airs and graces or you’re trying to be something that you’re not, but I know who you are. I think it’s really important to allow our friends to change. And I think that’s hard. I think it’s hard. Even if we ourselves want to change, we may not want other people to.

Charlotte Wood is the author of six novels and three books of non-fiction. Her latest book is The Luminous Solution, an exploration of creativity and the inner life. Her last novel was the international bestseller, The Weekend. It was shortlisted for several awards including the Stella Prize and the Prime Minister’s Literary Award, both of which she won, among others, for her previous novel, The Natural Way of Things, in 2016.

Erica Katz on the High-Stakes World of Art Forgery

Getting By in Prison With Nothing But Books

Erica Katz on the High-Stakes World of Art Forgery