At the 2017 Bay Area Book Festival, Literary Hub went backstage to interview authors and panelists on a wide range of topics: the personal, the professional, and the political. Charlie Jane Anders, whose novel All The Birds in the Sky has already won the 2017 Locus and Nebula awards, and is up for the Hugo, was at the festival to be part of a panel called Science Fiction and the Resistance!, sponsored by the always-excellent Tor Books. In the below video, she talks about drone strikes, predicting the future of the planet, and writing science fiction at a time when the technological world is changing faster than the speed of publishing. Which is admittedly slow. But still.

Charlie Jane Anders: “You can’t really predict the future at all, because what you’re really doing is commenting on the present by using the future as a lens.”

How Much of Einstein's Theory of Relativity is in the Writing of Virginia Woolf? 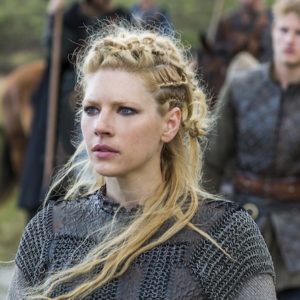 “Princess” was an insult in my family when I was growing up. A princess was someone who couldn’t sleep when a pea was placed...
© LitHub
Back to top