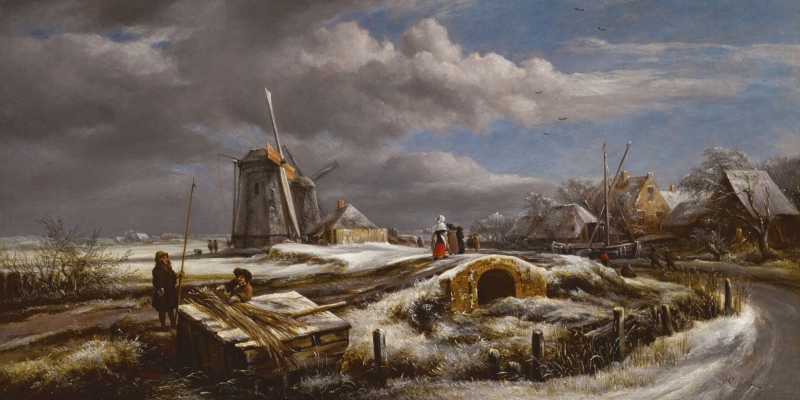 As we soon find out in this opener to a new series set in 1830s London, Lady Caroline Morton’s illustrious heritage has been tarnished by the financial ruin and suicide of her father a few years earlier. The economic opportunities available to young women—especially noblewomen—in Victorian Britain are extremely limited. Caroline’s family has offered to support her, but life as a poor relation doesn’t appeal to her. As a result, she has broken with tradition and taken a position as companion to a wealthy but less-cultured widow, Mrs. Frogerton. One of her responsibilities is to prepare Mrs. Frogerton’s teenage daughter for her debut into society.

Caroline is settling into her new life when her Aunt Eleanor arrives to announce that she’s sponsoring a house party and expects Caroline to attend. To sweeten the deal, Aunt Eleanor invites Mrs. Frogerton and her daughter to attend. Miss Morton (she considers the “Lady” inappropriate for a paid companion) can’t refuse when it’s pointed out that the house party provides a perfect setting to introduce Miss Frogerton to London’s high society. Caroline also wants to check on her younger sister, still living at their aunt’s house.

Caroline’s worst fears are realized when, not long after her entry to the estate, she encounters the man she was engaged to marry, only to have him turn his back on her without so much as a greeting. Bad turns to worse, including the troubling disappearance of a trusted servant, followed by a gruesome murder that Aunt Eleanor and her family insist must be an accident. Only the country doctor agrees with Caroline that an investigation is warranted. Meanwhile, the killer appears to be leaving clues in the nursery as to the identity of the next victim.

All this takes place in a classic locked-room setting, where torrential rains flood the Fens and prevent anyone within the house party or on the staff from leaving the estate. Catherine Lloyd weaves a gripping tale that pits a vividly imagined and complex set of characters against one another and the elements. If you’re a fan of historical mysteries, you won’t be able to put this one down.

CPL: Tell us how you got into writing fiction.

CL: Well, I think I was always one of those kids whose report cards said, “If Catherine just focused her abilities, she would be very successful. She seems to be away with the fairies.” Which was fairly true. I always made stuff up, and when I moved over to the US in 1998, my husband was working but I didn’t have a visa. I had three boys, which was a handful, but for the first time I did have time to actually do something. I’d always wanted to write a book, so that was what I did.

CPL: What can you tell us about Miss Morton, the center of your new series?

CL: I was looking to write something that wasn’t quite as cozy as the Kurland St. Mary novels—something that had a more Gothic vibe, a more oppressive vibe, looking at the downside of what happens to someone like Caroline, whose family fortunes are destroyed because of her father’s behavior. She’s very strong; she’s not ashamed about what’s happened to her. I like that, but I always try hard to keep people in their time. You don’t want some 21st-century American gal who’s striding through a book and ignoring conventions and the restraints of where she’s living and how she has to live. Because I think that’s where it gets interesting: how did strong women—and there have always been strong women—survive when their society had no interest in letting them be strong?

CPL: As a result of her traumatic past, Caroline has left her aunt’s home and taken a wage-paying job in London. Her employer is Mrs. Frogerton. What is her background?

CL: She’s a very interesting woman who grew up in the industrial North of England. She was married into a family that owned potteries and china factories. She’s not of Caroline’s class, but she has a lot of money, and since her husband died, she has been controlling the family businesses very successfully. She has a daughter, Dorothy, who benefits from having a nice large dowry, and she has brought the girl to London to find the kind of husband she wants.

CPL: How do the three of them wind up at Aunt Eleanor’s country house party?

CL: Aunt Eleanor is still trying to get Caroline to come back, and she has the advantage that she’s still housing Caroline’s sister, which is a lure for Caroline. Aunt Eleanor also invites Mrs. Frogerton, telling her this will be a good opportunity for Dorothy to make her entrée to society and meet people her own age in a smaller setting. Poor Caroline wants to do her job but also to see her sister, so that’s why she agrees.

CPL: There is an underlying tension at Greenwood Hall caused by Aunt Eleanor’s tendency to take in “waifs and strays,” including Caroline and her sister. Could you say a bit about that?

CL: Lady Eleanor is what in those days would be called a very charitable woman. Over the years, she has taken in orphans and children who have been abandoned. That makes her look like a good Christian woman, and I’m sure that’s where it comes from, but it also gives her extra housemaids and stableboys and so on. She has the opportunity to be the great lady. She brings them up properly, but it comes back to lodging and board and being grateful. There’s a lot of that in this book: how you have to be grateful to someone for meeting basic needs. It affects Caroline and her sister, the waifs and strays, and a great-aunt who has lived in the house all her life. There’s a constant theme of that and what it does to a person.

How Both Political Parties Are Undermining America’s Greatest Strength: Innovation 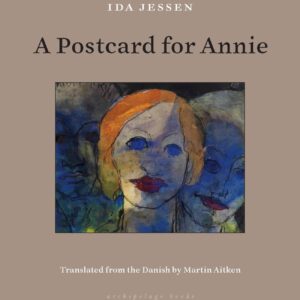 In her coat, standing at the counter, Tove wrote: “I’ve gone out.” She then crumpled the note in her hand and wrote...
© LitHub
Back to top