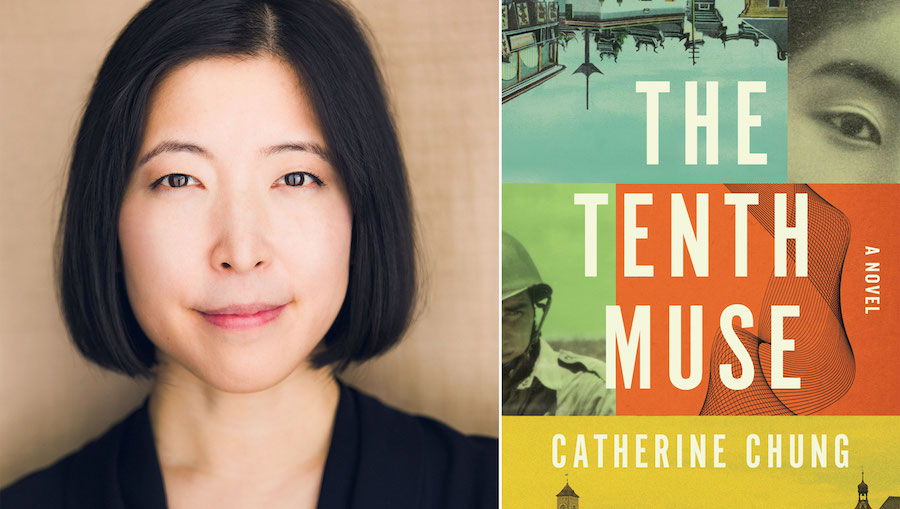 Catherine Chung on Letting the Muse Tell Her Own Story

This week on Reading Women, Autumn and Kendra talk with Catherine Chung about her new book The Tenth Muse, which is out now from Ecco.

Catherine Chung: I felt like everyone warned me that the second novel is harder. And I didn’t actually find that to be the case. I thought, with a second novel, I could play around a little bit more than I had with with my first novel. It felt like there was less weight on a second novel in some ways, and so I could let my imagination go and experiment more than I had. I felt pretty relaxed about it. And I think it’s only now in the lead up to publication that I’m starting to feel any kind of anxiety about what I have created.

Autumn Privett: Oh that’s interesting. But it totally makes sense because—I mean I’ve never written a novel, and so the thought of you completing something like that is so daunting for me. But after you have one under your belt, I could see how you could have a little bit of confidence. Like, oh yeah, I can do this again and feel a little bit freer.

CC: Yeah. And I felt like with the first book, there was so much sort of at stake. You know, it’s the thing that you introduce yourself to the world with as a writer. And with the second book, it felt like I had already done that, that I had less to prove.

When I think about math or physics or all these other fields that we think of as sort of mechanical, I think when we depart . . . You know these very dry formulas or these story problems about trains traveling in opposite directions and how quickly do they get to their separate locations or how far apart are they—which are the kinds of problems that I always hated when I was in high school. I think when we depart that, and we start talking about the universe and what makes the universe work . . . that in all of these disciplines, there’s a kind of beauty and a search for truth or a search for some greater meaning. And I do think that these disciplines share that kind of reach, if that makes sense. In a way, that when you begin to learn about them from somebody who’s really passionate about them, it’s very beautiful.

Kendra Winchester: Talking about beauty and about poetry in all of these different things—it really makes me think about the story, which is based on female mathematician. But you begin it with an invocation, which is a narrative device often used in epic poems. And that really harkens back to your title, The Tenth Muse. Can you talk a little bit about how you came to this title, how it connects with the story?

CC: I think the invocation and the title came from a few different directions that converged. On the one hand, I was trying to write about the particular challenges of women in male-dominated fields, which you know is pretty much every field. And I was thinking about these grand stories, these epics, in which the hero is always male. And I was thinking about this tradition of invoking the muses, and I guess I started thinking about the muses and how they’re always being called upon to tell somebody else’s story to bolster up somebody else’s genius. And I got a little bit indignant on their behalf maybe. And I thought, well what if this isn’t what they want to do? And so, I made up this story about this tenth muse who decides that that’s not what she wants to do. She wants to tell her own story.

At the same time, I always thought it would be so wonderful to be able to invoke the Muses and to ask some higher power to infuse your story with divinity basically. And I knew for some reason that I couldn’t do that, in part because I felt bad for the muses. But also in part because I thought that the story that I was trying to tell was about how women don’t have access to that kind of support, that women so often have to do things on their own. And so I wanted to make an invocation that wasn’t calling upon the muses, but was telling a story about them and trying to honor them in some way.

How the Alphabet Helped Virginia Woolf Understand
Her Father 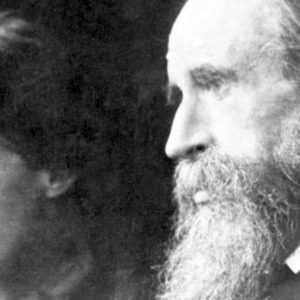 How the Alphabet Helped Virginia Woolf Understand
Her Father

Mr. Ramsay of To the Lighthouse has long been one of the most disliked characters in Virginia Woolf’s fiction. The frustrated...
© LitHub
Back to top