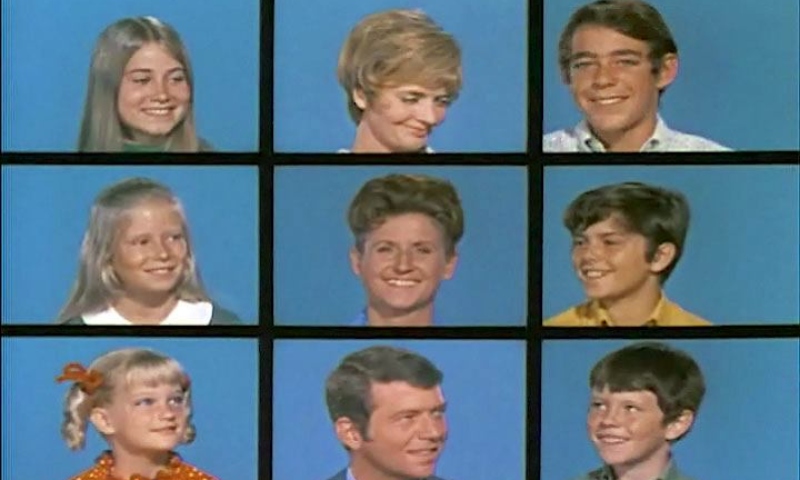 Casting Symbolic Intimacy: How TV Can Help Us Get Better at Zoom

Allison Wyss on The Magicians, The Brady Bunch, and Magical Connection

In the early days of pandemic isolation, I found solace in TV. It was entertainment, of course, and perhaps a distraction, but it also became a meaningful source of connection for me. I want to study the craft of that connection, but not just for my writing life. I want to use the strange magic to create better intimacies in my real life—even from a distance, even on a Zoom call.

An example of connecting magic occurs in The Magicians, an adaptation of Lev Grossman’s book trilogy that aired on Syfy from 2015 to 2020. The show is set in a kind of grad school for magic, as well as in Fillory, a Narnia-style fantasy world that is not only real but very dangerous. Throughout the series, sexy and eccentric characters cast spells, variously reconfigure themselves as friends/enemies/lovers, and save the world—or sometimes imperil it.

In “All That Josh” (season 3, episode 9), magic has been turned off like a water tap, and the eight protagonists are on a multi-step quest to bring it back. Though their overriding goal is the same, the characters are dispersed: Penny is dead and Kady is grieving. Elliot and Margo are chained to a magical ship headed over a waterfall. Julia’s busy with an imprisoned fairy. Former couple Quentin and Alice are barely speaking to each other. And everyone has forgotten about Josh. Our group is not together physically. They’re not united metaphorically. They’re not even friends.

But the next task in their quest is unity. It means they must collaborate, and they do so through song. The eight characters (including the dead one) sing “Under Pressure” together, even though they are geographically and metaphysically far-flung. The camera cuts from one physical location to another so the song is continuous, even as off-screen characters voice different lines. It never splits the screen—never forces them together through technical sleight of hand—but reminds us that they’re apart.

Still, their voices unite. They’re guided by the same notes, the same lyrics, the same memory of David Bowie and Queen. Some of the characters are better singers than others, some less enthusiastic (“Goddammit, Penny!”). But that doesn’t matter because the song comes together, each of them inside it.

This scene is one example of a writing technique that I call “casting symbolic intimacy.” Characters are held inside something and bound together: maybe it’s a car that smooshes them shoulder-to-shoulder and hurls them in a particular direction; maybe their bodies form a shape as they commune around a table and put the same food into their mouths. Symbolic intimacy can be cast by candlelight illuminating different faces, by a circle drawn around characters, by a song or a ritual participated in collectively.

Maybe circle time at the library didn’t go “poof!” and make me friends so much as it inspired me to forge the friendships on my own.

It works in real life, too. When my kid was younger, I did not crave a powerful connection with the other mothers at library circle time. But when we sang and clapped and shared our babies’ names, I couldn’t help feeling linked to them. Seven years later, some of those caregivers are my friends. I don’t think that would have happened without the spell cast by the singing and the circle. Rituals matter—the shapes we form, the way we join our voices or hands or find a common purpose.

But the “Under Pressure” scene successfully casts symbolic intimacy—I feel happy for the characters rather than embarrassed for them. Most magical of all (and unlike my library group), the characters unite without physical proximity. They’re in various dimensions: Fillory, the Neitherlands, Earth. I am perhaps the farthest away of all, outside the screen entirely. That part is harder for me to solve, but so necessary. I don’t know magic, but I have an internet connection. How can I use this craft technique to forge unity on a video call?

Like so many, I entered the land of Zoom without warning. In my poorly lit and hastily assembled home office, I taught a writing course that I’d prepped for a live classroom. On screen, there were awkward pauses, failed activities, and mute button confusion. I couldn’t read body language or make eye contact. I couldn’t feel the creative buzz of furious scribbling or typing when I gave a writing prompt. It was just my own face, huge on the screen and staring back at me.

As the pandemic raged on, we were inundated with advice about running better Zoom meetings. Require interaction! Turn on those cameras! Dress for the office! Of course, these tips were annoying. But I eventually realized they were grasping for something important—for ritual, for the mysteries that connect us IRL.

As I’ve settled into remote teaching, I’ve invented a few rituals. Sometimes we write in the same Google Doc, brainstorming together, or even doodling over each other’s notes with the drawing tool. The wiki becomes the shape we are inside, with our typing fingers and intermingling ideas.

The usual Zoom advice is ineffective because it asks us to perform intimacy instead of feel it.

My favorite Zoom-teaching strategy is a small thing: I ask my classes to select gallery view, inviting them to see a square of stacked faces instead of mine as the biggest. I do it because I believe in the magic of symbolic intimacy, that the shape drawn by our heads can cast a spell. I say that their screen should look like The Brady Bunch. Once, someone quipped back about the game show Hollywood Squares. I was struck by the profound difference in those two examples.

The Brady Bunch, for all its silliness, is about a blended family forging new intimacies. As the theme song narrates the origin story, we get video headshots of the characters, first separately, then pieced into a three-by-three grid. Each character gazes, in turn, at the others—Bobbie at Jan, Marcia at Peter. The actors must have filmed their shots separately, and we see black space between the cheerful blue squares (it’s a lot like Zoom), but they seem to connect across the chasm of split screens. The grid of their faces, the shape it draws, makes it possible to bridge their originating circumstances.

Hollywood Squares also stacks its performers—physically, on set—into a three-by-three grid. But the game show lacks vulnerability. Celebrities ostensibly appear as themselves, when in reality they’re performing a stage version of self. (Maybe that’s what made the celebrity sing-along of “Imagine” so embarrassing: When celebrities perform self, they’re harder to connect with than the fictional characters they play. We can smell fake intimacy through our screens.)

Throughout The Magicians, hand motions and spell casting and common goals create symbolic intimacy, but the characters also share experiences and learn to be vulnerable with one another. Maybe that’s the point I keep missing. Maybe rituals encourage magic rather than create it. Maybe circle time at the library didn’t go “poof!” and make me friends so much as it inspired me to forge the friendships on my own. The usual Zoom advice is ineffective because it asks us to perform intimacy instead of feel it. It’s like “Imagine.” It’s like Hollywood Squares. We can tell when it’s forced.

Still, when the magic works, it’s powerful. Cultures, religions, and institutions know it. They create rituals with bodies in a room. As individuals, we can inspire our own chosen connections through shapes and feelings, symbols, art—strategies that don’t require physical presence. We can make other kinds of shapes.

New strategies for connection, especially at a distance, became essential when Covid scrambled our comfortable intimacies. Now that public health guidance has disappeared and we must each gauge the relative safety of in-person situations, we’ve got a confusing mix of online and onsite happenings. We need new rituals more than ever.

Here’s the thing. Connection requires effort. Intimacy requires vulnerability. I don’t think there’s a shortcut to that. But creating rituals and shapes—casting symbolic intimacy—can lay the groundwork for real connection. We might not choose to put our physical bodies in a circle on the library floor, but we can find new shapes to make on our screens.

Allison Wyss’s short story collection, Splendid Anatomies, was published by Veliz Books in 2022. Her stories have also appeared in Water~Stone Review, Cincinnati Review, Alaska Quarterly Review, and many other places. She writes about craft, books, and TV for the Minneapolis Storytelling Workshop and the Loft Literary Center, where she also teaches classes.

Jonathan Lear on Learning from Linguistic Example on the Playground 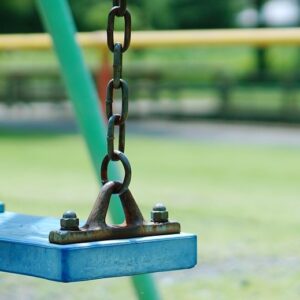 Jonathan Lear on Learning from Linguistic Example on the Playground

In the autumn of fourth grade, when I was ten years old, I swore on the playground. Although I vividly remember what followed,...
© LitHub
Back to top