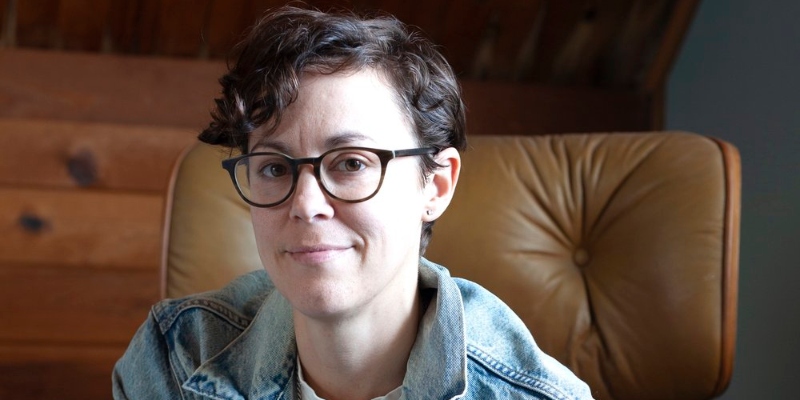 In this episode, Mitzi talks to Casey Parks about her new book, Diary of a Misfit.

Mitzi Rapkin: The Diary of a Misfit is about your life, but also at the central core is this mystery of who Roy Hudgins was. He lived across the street from your grandmother when she was a child, and she told you that he was a woman who lived as a man in this rural Louisiana town. She also said he was kidnapped as a baby. In the book you’re trying to piece Roy’s life together.

Many people in the town that you talked to who knew Roy understood that Roy was a woman dressed in man’s clothing, and accepted Roy for that. I mean, there was someone at church who really wanted Roy to wear a dress, but that wasn’t going to happen. Roy was very devout. Roy loved music. Roy was also, I think, very lonely. And so, while you’re attempting for years and years to get journals that he wrote in that were in someone else’s possession because you wanted to understand him more, you did learn a lot about him. Can you share a little bit about who you found Roy to be?

Casey Parks: When my grandmother first told me, I thought I would just roll into town and load a spool of microfiche onto the computer and there would be an article that said “baby stolen,” and I would find out who Roy’s real parents were, and thus somehow I would know everything about him. I had a very juvenile understanding of journalism back then. It turns out, I’ve never been able to find that article. And so, all I could do was talk to people who knew him.

My grandma told me that everyone loved him and accepted him, and there is a modicum of truth to that, but I don’t think it’s true in the way that she conveyed it to me. I think most people actually didn’t know Roy. A lot of my interviews—and I probably did 40 over the years, maybe more—a lot of them are just people saying, oh, yeah, I knew Roy. Roy mowed lawns and played music, or Roy had a lot of dogs, or Roy rode a three-wheeled bicycle, and then they didn’t know anything else. After a while, it became frustrating on a craft level of like, I cannot do another interview where people just tell us the same four facts.

But it also just slowly dawned on me how sad this was that everyone knew of Roy—like one woman in town described him as a novelty because he was different, so they definitely noticed him. And I think they would say that they didn’t have hatred toward him, and that they were tolerant of him. But they didn’t love him the way you love someone in real life. They didn’t show up for him. They didn’t get to know him.

When he was older in life, he had a lot of cats and dogs, and people started avoiding his house because it smelled too bad. Their tolerance was born out of a lot of negotiations, like people said that they were okay with Roy living as a man because he had been kidnapped or because a piece of farm equipment had supposedly fallen on his head and stunted his growth, or because his parents couldn’t afford starch to buy dresses. Most people never allow that maybe Roy was just transgender.

At this time when I was doing these stories, I remember looking at a fact that said only 8 percent of people knew a trans person. I don’t think they had the global context to think about trans people, and so they didn’t have a hatred, because Roy didn’t represent a big political thing to them because he was just Roy. I think if there were a Roy today in this small town, it would probably be a lot different because now there is all this riled up hatred about trans people.

So in some ways, he kind of benefited from living earlier at a time when it wasn’t a thing that people fully understood. But I have no idea if he would have used the word trans for himself. I suspect, based off of the interviews that I’ve done and research that I’ve done, I suspect that Roy was trans. But I don’t know because I never got to ask him that question. And the framework didn’t exist for him to talk about it at that time.

Casey Parks is a reporter for The Washington Post who covers gender and family issues. She was previously a staff reporter at the Jackson Free Press and spent a decade at The Oregonian, where she wrote about race and LGBTQ+ issues and was a finalist for the Livingston Award. Her articles have appeared in The New York Times Magazine, The New Yorker, The Oxford American, ESPN, USA Today, and The Nation. A former Spencer Fellow at Columbia University, Parks was most recently awarded the 2021 J. Anthony Lukas Work-in-Progress Award for her work on Diary of a Misfit. Parks lives in Portland.

Should Good “Leaders” Get Rid of the Idea of Leadership Itself? 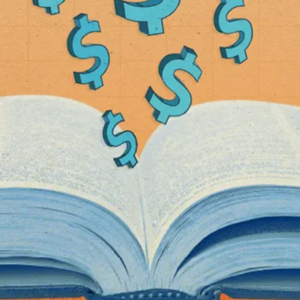