On today’s episode, Carol Anderson, Emory University professor and author of One Person, No Vote: How Voter Suppression Is Destroying Our Democracy, discusses how voter disenfranchisement is undermining American democracy.

Carol Anderson: The first thing we have to understand is that those voter suppression techniques that the states implemented after Shelby County v. Holder are still there. Voter I.D. laws are still there. They’re predicated on a lot of voter fraud, massive, rampant voter fraud, but Justin Levitt did a study from 2000 to 2014 and there were only 31 cases of voter impersonation fraud out of one billion votes.

Thirty one out of a billion over 15 years.

So this isn’t massive. This isn’t rampant. But this is the lie that is the foundation for these voter I.D. laws. It sounds OK because everybody has an I.D., but the states have decided what types of I.D. and they have looked at states like North Carolina, have looked at the racialized data on who has what types of I.D. and then made the kind that African-Americans disproportionately do not have as the access into the ballot box. So voter I.D. laws are still there. Voter roll purges are still there. We at the Brennan Center have found that from 2014 to 2016, 16 million people were wiped off the voter rolls. And the US Supreme Court has said that it is OK in violation of federal law to wipe people off the voter rolls simply because they haven’t voted regularly. And who doesn’t vote regularly are minorities, as well as young people and poor people. That’s still there, sanctioned by the US Supreme Court. Gerrymandering is still there. Poll closure still there. So these barriers are still there.

What we’re seeing, though, and we saw it in the 2018 midterm election, which was a referendum on Trump and his regime even when his name wasn’t on the ballot, was we had the highest voter turnout in a midterm. Since 1914, what we’re seeing in this vein is the run of the primaries in 2020. Even with COVID-19, there are massive increases in voter turnout. It’s like people who realize that their institutions of democracy are failing them are standing up and fighting for this democracy as hard as they can with the weapons that they have, which is the power of the vote. You see, for instance, in Wisconsin, when because of COVID-19, there was a push to try to create some additional time for absentee ballots to come in so that people didn’t have to choose between the right to vote and the right to health, and the US Supreme Court was like, no. So people stood—in what I call before a COVID-19 firing squad—determined to vote. That determination is there. This is why we have this push now for mail-in ballots.

Generally what we have seen overall prior to this moment is that mail-in ballots don’t favor one party over the other. But because of COVID-19 and Trump’s fears about what this means, he has gone on this crusade to jail voter fraud. When it comes to mail-in ballots, although that’s the method he uses to vote.

Andrew Keen: You connect his hostility to the post office and a fear of mail-in ballots.

Carol Anderson: Absolutely. So what you can do is, as you see this rise as we have seen, for instance, in Wisconsin, they had something like ten times exponential growth in terms of people requesting absentee ballots as a way to exercise their right to vote while also being able to stay safely at home. If what you can do is to slow down the post office, if what you can do is to destabilize the post office, then the route that those absentee ballots can take in order to being able to be counted can be destabilized. This is something we’ve got to pay close attention to.

Andrew Keen: So we’ve got four months, Carol, to the election. Everyone, of course, and I’m sure everyone watching this, if they can, will vote. What else can people do to make sure as ordinary people … do to try to make this election fair?

Carol Anderson: As we know, John Lewis died recently. Sitting on Mitch McConnell’s desk is reauthorization of the Voting Rights Act, one of the things that the Supreme Court gutted and said it’s an old law. The standards don’t work, so the House of Representatives crafted a new Voting Rights Act. It is sitting on Mitch McConnell’s desk and it has been for over two hundred days. But there’s no way that McConnell will push this through. Between now and the election, and even if he does, Trump will presumably veto it. And this, again, is where we have to not just let these folks ride. We have to hold them accountable.

So what everyday folk can do is to get on the phone call or write your representatives that you want a fair election. That’s what democracy is. Put your ideas out there and let the people decide when you have these fake pieces up there. We also have sitting on the desk of the House Resolution 1, which deals with things like Election Day being a federal holiday. There are some people who are not going to be able to vote by mail. We have to have enough polls and we have to have them where people can actually take off work and get there to vote. We need to work with employers to recognize how important this election in 2020 is and to provide the space that employers can get people to be able to go to vote. I think what we also need to have is to just talk with one another. When Newt Gingrich was speaker of the House in 1994, he set out this plan that the demographics in America were no longer favoring the Republicans. So how do we turn the people against government? How do we make it clear the government doesn’t work? How do we just say that the whole thing is corrupt? Because if people are turned off, then they’re not going to bother.

Carol Anderson is Charles Howard Candler Professor of African American Studies at Emory University. Professor Anderson’s research and teaching focus on public policy; particularly the ways that domestic and international policies intersect through the issues of race, justice and equality in the United States. She is the author of Eyes Off the Prize: The United Nations and the African-American Struggle for Human Rights, 1944-1955, which was published by Cambridge University Press and awarded both the Gustavus Myers and Myrna Bernath Book Awards. In her second monograph, Bourgeois Radicals: The NAACP and the Struggle for Colonial Liberation, 1941-1960, also published by Cambridge. Professor Anderson’s most recent work, One Person, No Vote: How Voter Suppression is Destroying Our Democracy, was published by Bloomsbury and a finalist for the PEN/Galbraith Award in Non-fiction and a National Book Award Longlist finalist in Non-fiction. Her book White Rage: The Unspoken Truth of Our Racial Divide, published by Bloomsbury, is a New York Times Bestseller and was a New York Times Editor’s Pick for July 2016. In March 2017, it won the National Book Critics Circle Award for criticism. 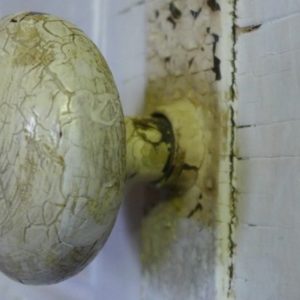 For poet and photographer Jen Fitzgerald “‘a series of unfortunate events’ began unfolding. And in New York City, we don’t...
© LitHub
Back to top