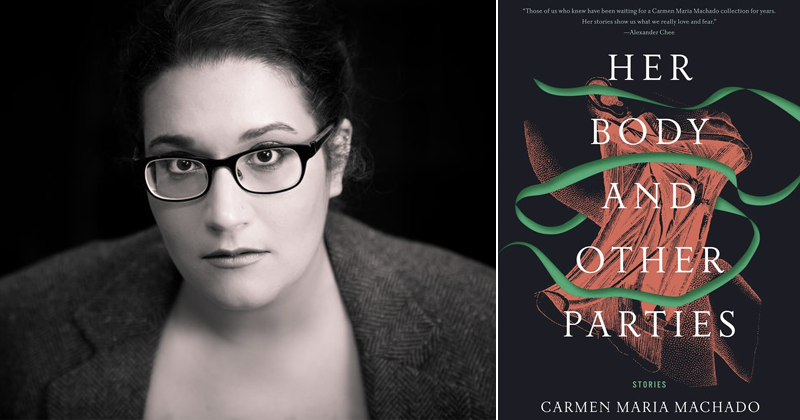 Talking to the Author of Her Body and Other Parties

Friends don’t let friends go without Carmen Maria Machado. A dear one sent me “The Husband Stitch” last year when I was in a fight with fiction, and by the time I’d finished the story, all had been forgiven. Fantastic and funny and strange, Machado’s writing expands our understanding of what’s possible in a story, on the level of both form and content. Her work plays with genre, captures the bodily absurdities of being a woman, and it’s built of sentences so fine you want to read them aloud and applaud.

Originally published in Granta, “The Husband Stitch” is now the first story in Machado’s debut collection, Her Body and Other Parties (Graywolf). The book has been praised and celebrated, and the accolades from book folks keep pouring in—the collection’s been named a National Book Award Finalist and a finalist for the Kirkus Prize. I e-mailed with Machado about her work and the art that excites her.

Claire Luchette: “The Husband Stitch” is a fantastic blend of folklore, horror, and surrealism. I was obsessed, as a kid, with Alvin Schwartz’s Scary Stories to Tell in the Dark, which your story draws from. When did you first come across Schwartz’s work?

Carmen Maria Machado: Like so many Millennials, those books were an integral, nightmarish part of my childhood—the illustrations attracted and repulsed me, and I was also really into the story’s read-aloud instructions. I was a Girl Scout, and when we went camping or did some kind of bonfire, I loved telling the stories I remembered from that series (complete with grabbing the nearest girl at the story’s climax and shouting “YOU HAVE IT!”). They definitely sparked an interest in horror as a genre, and that interest has lasted for my whole life.

CL: I love the role of lists in your work—some stories use series of images to show time passing, and other stories, like “Inventory” and “Especially Heinous,” are structured as lists. How do you intuit when a list story is complete?

CMM: There’s a sense of finality—an emotional arc coming to a close. Someone at a panel I was on once described it as “selecting an endpoint that honors your feelings.” That advice is a bit more New-Agey than I normally prefer, but I have to concede it makes a lot of sense. I think when you start writing, it’s more difficult to know when a story is “done” because you don’t know who you are as a writer yet. Part of coming into yourself is being more in tune with that part of yourself, and I think it gets easier to tell when something is done. (Or, at least, it has for me.)

CL: I’m always interested in what stories looked like before they ended up in a book. It’s hard to remember that a writer’s first draft may have looked very different from what’s published. Which of the stories in HBAOP required the most revision and reworking? What did earlier versions look like?

CMM: The two stories that had the heaviest revisions were “Real Women Have Bodies” and “The Resident.” “Real Women Have Bodies” is plot-wise more or less the same, but it’s such an old story I had to really revise it on a line level to get it to a place where I felt satisfied that it matched the other stories. “The Resident,” on the other hand, was a hot mess when Graywolf bought my book. It was the only story that had never been published or edited in any way.

The biggest problem was I didn’t quite know what “The Resident” was about, so there were just a lot of plot threads and dead ends that didn’t quite add up to anything cohesive. My editor, Ethan Nosowsky, was brilliant. He basically said that he didn’t know what the story was about, either, but he was pretty sure I did underneath all the chaos. So he told me what he was noticing—what he thought my subconscious had tucked away in there.

I spent weeks on the story—and I was at a residency, so it was weeks for, like, 8 hours a day—and then one day, I was taking a shower and it all clicked together. The earlier version of the story had more or less the same plot, but there were all kinds of weird scenes that came about because I was imagining the story as a set of plot points being moved around by an author—me. (*wavy fingers* Metafictional!) But I ended up scrapping that idea entirely, trimming and tightening the story, and thinking more about the themes of how women—especially queer women—can write about themselves and mental health without falling into a stereotype ditch. That, I think, was what my subconscious was trying to do all along. It just took a while to rise to the surface.

CL: What work has been getting you through 2017?

CMM: Mostly bashing my way into a bunch of new essays and short stories and sketching out ideas for some longer projects. I’ve also been slowly taking notes for the next draft of my memoir, which is coming out from Graywolf in 2019.

CL: What art has been getting you through 2017?

CMM: Beauty, cynicism, horror: What It Means When a Man Falls from the Sky by Lesley Nneka Arimah, White Dialogues by Bennett Sims, The Merry Spinster by Mallory Ortberg, Sour Heart by Jenny Zhang, We Are Never Meeting in Real Life by Samantha Irby. Bojack Horseman, Rick and Morty, Jane the Virgin. Get Out.

CMM: Weetzie Bat, Rubyfruit Jungle, The Price of Salt, Annie on My Mind. When I read these books as an adult, I remember wishing that someone told me when I was younger that folks were publishing books about queer characters long before I was born.

CL: Which writers of the body do you find instructive?

CL: I loved your essay “O Adjunct! My Adjunct!” How does teaching inform your writing?

CMM: The neat thing about teaching is, even if you’ve lectured on a story or topic a thousand times, new students will come in with new questions that make you look at the material in a new way. At least once a semester, my students and I will be having a conversation about craft or genre and it’ll spark an understanding or idea about something I’ve been mulling over. I think I’d love teaching even if it didn’t inform my writing—I find working with students to be incredibly exciting and satisfying—but it’s certainly a nice bonus.

Is There Ever a Right Time to Talk to Your Children About Fascism? 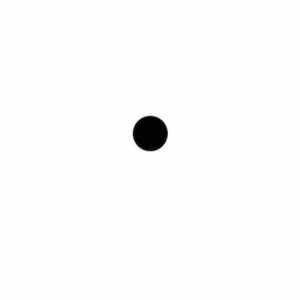 Last week I spoke to two black men and one white man about being a black man in Berlin. One of the black men said: “Let...
© LitHub
Back to top