Eli Pariser, Author of The Filter Bubble
Talks to Andrew on Keen On

In this episode of Keen On, Andrew talks to Eli Pariser, author of the iconic book The Filter Bubble and founder of Upworthy, about digital activism, the contemporary crisis of information, and why we need to build a better Internet.

Andrew Keen: What do you think the role of government should be? Particularly, the US government in terms of fighting online misinformation, whether it’s propaganda from abroad or from other Americans.

Eli Pariser: My sense is that the American information system is sick, but there are two things going on. Imagine someone who has an immune disorder, and the immune disorder means that something like the common cold is much more likely to kill you. I sort of think of the American information environment as the immune disorder that has been set in motion decades ago. That is the decline of a whole bunch of civic capacities, including the FCC fairness doctrine, public media, civil associations, newspapers, and even car culture and TV which displace a lot of the time that people had for civic life.

So you have this increasingly frayed and atomized American community with media resources that were already kind of stretching and thinning. Then you introduced the Internet, and these social platforms turned out to be really great vectors for viral disease. On the one hand, you have to do something about the disease because, like the common cold, if you have a compromised immune system it can kill you. But, on the other hand, if you’re not strengthening the immune system in the long run you’re toast.

Keen: So we’re dealing with two sorts of parallel medical conditions. Are you suggesting that the American government, to extend your metaphor, is a doctor here and needs to address both of those?

The question is how do you build a strong fact-based information delivery system? What most industrialized countries have found is that there is a funding component to that, which at least partly involves the state. That might be state news that exists in many parts of Europe, or it might be funding that is reallocating money toward civic newsroom infrastructure. You look every day at local newspapers and even local TV… [they’re] just waning across America. I think we have to consider using some of the enormous profits that these tech companies are making, that used to be driving that ecosystem, and taxing some of it and reallocating that toward media that serves the public good.

Susan Steinberg on the Value of Writing an Ugly Draft 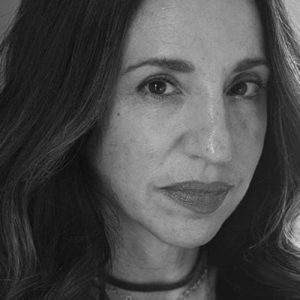 Susan Steinberg on the Value of Writing an Ugly Draft

Halfway through my conversation last week with Susan Steinberg about her new book—her first novel—Machine, I had to backtrack...
© LitHub
Back to top