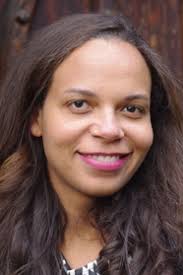 In this episode of The Literary Life with Mitchell Kaplan, David Plouffe, Barack Obama’s 2008 campaign mastermind, joins Mitchell to discuss his new book, A Citizen’s Guide to Beating Donald Trump and Ripples of Hope, a middle-grade nonfiction project about the United States’ election process, and shares his advice on how to defend against misinformation online, creating and spreading content, and motivating all citizens to get out and vote on November 3, 2020.

Mitchell Kaplan: Give us a little sense as to why you wrote these two books now.

David Plouffe: Well, I really got the idea to begin working on these after the 2018 elections. I was so inspired by all the activism that created such remarkable night for Democrats mostly. And I was so inspired by all the young women in particular who were winning House races. That was a good election, but I kept hearing from people, what are we going to do to beat Trump? What can I do? I want to do more. So I thought, well, as someone who’s managed a presidential race, there are lots of people, I think, who could write a really good guide for all the things you can do. But I wanted to put in the context of “I run these things” and your individual effort is more important to me as a manager than some of the stuff we see on TV.

Then I’ve got, you know, 11 and 15 year old kids and any time a child is passionate about something to me, there’s nothing more powerful than that. They may not have a vote, but they have a voice. Let’s say you’ve got a couple of kids at home, teenagers. Their parents are at the dinner table saying, I can’t believe Trump said this. We really gotta get him out. I want the kids to say, well, what are we doing about it? What are we doing about it? That’s that’s the message for adults, too, which is a tough message, which is this is on all of you. You know, there is no magic calvary that’s going to emerge here. And it’s clear we don’t have the next coming of John F. Kennedy as a nominee. So we’re gonna have to work really hard.

Mitchell Kaplan: So as we sit here, we have two nominees on the Democratic side. And similar to 2016, they’re they’re both distinguished by their different political views. What is your sense of the ability that the party has to come together better than we did in 2016?

David Plouffe: You know, if you look statistically, the vast majority of the people that participate in the Democratic Party, those that were with Bernie, supported Hillary. There was no question that it was hard to bring that together. Maybe people voted for Hillary, but they didn’t volunteer. I think the body language wasn’t great. Bernie did what he had to do. He and Biden get along really well, so if Biden wins this and given that Trump is looming, I think Bernie will put everything he has in it. I talk about this in the book.

If you’re a local precinct volunteer who supported Joe Biden or one of the other candidates who dropped out, you know the six or seven most active people who supported Bernie Sanders in your community. Invite them over. You’ve got to reach out and we have to listen to them and understand what they’re upset about, what their ideas are. It’s pretty clear that the Sanders campaign knows how to reach other young people.Even though they’re not getting huge turnout, they’re getting a lot of support. So we need all that, and it’s going to take work.

But whatever Barack Obama does and Michelle Obama and Hillary Clinton and Joe Biden and Bernie Sanders and Kamala Harris and everybody, that’s half of it.The other half is how do we. I’m a little worried now. Twitter is not real life, but things are getting pretty nasty on that platform in the last 48 hours. That’s not helpful. I don’t think if we sit here the morning of November 4th and Donald Trump has won reelection, as horrifying as that thought is, I don’t think it’d be since we didn’t unify after the primaries the number one reason. But if you don’t have that solid foundation, it makes everything else harder.

David Plouffe served as the campaign manager for Barack Obama’s primary and general election victories in 2008 and later joined the White House as a Senior Advisor, with responsibility for his re-election victory in 2012. He was previously a senior executive at Uber and currently leads policy and advocacy efforts at the Chan Zuckerberg Initiative. He lives in San Francisco, CA. 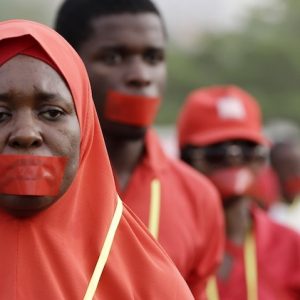 Shehu, my fixer in Nigeria, had managed to help me find 18 women who were recruited as suicide bombers by the Islamic Terrorist...
© LitHub
Back to top