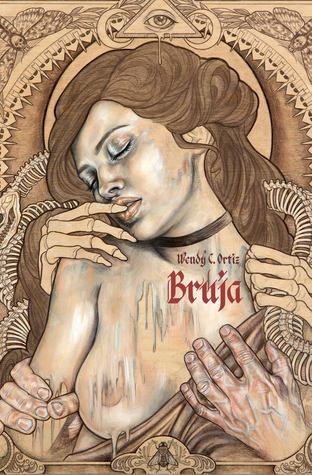 The following is from Wendy C. Ortiz’s novel, Bruja. Ortiz is a Los Angeles native. She is the author of Excavation: A Memoir (Future Tense Books, 2014) and Hollywood Notebook (Writ Large Press, 2015). Her work has been profiled or featured in the Los Angeles Times, Los Angeles Review of Books, The Rumpus, among others.

I drove a black truck to visit Olympia. I had cats with me. I parked outside the garage of the first place I ever mud-wrestled and when I opened the door of the truck, the cats kind of spilled out. The cats weren’t mine and I panicked. After unloading some containers of spoiled food (pasta, fruit, lentils), a bunch of  cats caroused all around  my feet. I was overwhelmed trying to figure out which one was the one I was missing. Some had little tiny slips of paper on the napes of their necks, where you hold them when you want them to submit to the power of the mother cat. I saw numbers and some  lettering  on them,  but  none  of  it told me which cat was which. They all looked exactly alike.

When I found the right one, I got him into the truck cab while all the others continued brushing against my feet and calves.

Hiking, camping. Packing of bags. A small lodge that I had grown accustomed to and had to leave. I was amazed at my backpack and how long I had been out in the wilderness like this.

The aboveground pool held our bodies in its cavernous deep. Everyone at the hotel had access to it. I held onto the concrete edges and pushed myself up and down in the water while I watched a little boy get very close to a dolphin (though someone called it a whale) that sped around in our midst, coming up near us, then plunging into the deep again. When the animal next surfaced, I saw it was indeed a small whale. A huge sea turtle lunged out of the water. The little boy threw himself at its shell playfully. I got angry. He acted as though this sea turtle was a toy.

I swam around the edges of the pool looking for the boy’s parents. They were drinking champagne even though it was morning. They looked pale, groggy, overdressed. They barely paid any attention to me as I calmly suggested that they teach their son not to play rough with the animals. I swam away when I realized they weren’t listening.

The pool changed shape altogether, became shallower, with no animals. A television was perched up in the corner of the gym-like room. The host of a local talk show announced that they would be doing a show on ‘excommunication’— which referred to excommunications from art groups.

I smiled to myself and did laps.

People around the pool began to get up and leave.

Someone from school I didn’t know well called out to me, “Are you coming?”

I’m already an expert in being excommunicated! I cried out, almost laughing.

I moved from the pool to a rented room with a large bed where I reclined. I held the remote and surfed channels. Ren was there. He looked older, staid, dressed conservatively. He was seducing me as usual.

I couldn’t get past his attire. While we made the motions of foreplay, I wondered about why he had completely changed his look.

I wasn’t sure I liked it.

I was the pallbearer. The body was contained in identical gift boxes, each the size of a watch box.

My job was to put the body in order.

The doctor, a petite Chinese woman, arranged her tools as I awaited surgery.

There were three silver trays: in one, something like cooked spinach sat in water. In the second, a healing salve that looked like green gelatin and which I knew would feel like menthol. The third tray had sharp incision-making instruments.

I lay on the table, scared, knowing I would only be getting a local anesthetic. My belly was exposed. I was anxious: she might cut into my appendectomy scar.

Adrenaline coursed through me.

When she began making a long incision in the area next to my big toe, cutting down into the top of my foot and I did not feel a thing, my body flushed hot with relief.

Fake rocks outlined the perimeter of the shallow pool. I stood in a circle with many others, here for the same purpose, as we watched a shark swimming, gliding between the farthest reaches of  the circle.

Panic rushed through me every time the shark went near someone. Then it came to me.

There was nowhere to go so I let it bite me. The shark grabbed onto my foot with its teeth.

The pain was excruciating. I worried over the broken bones and flesh. I dissolved into the pain.

When I awoke in the back of my mother’s old station wagon, my first thought was that I hoped I was being taken to a hospital, or somewhere far from more danger.

When I looked at my foot, there were only red marks where teeth had been. My skin was smooth, without puncture, unwounded.

Finally, the links changed, and I found the two articles about Palestine.

One of my colleagues was making the rounds, hugging and kissing all of us goodbye. When she got to me, she held my face in her hands and compared us to a historical duo, names I don’t remember, but names that connote two women known for their strength.

She moved on to the next colleague and kissed her excessively as the recipient kept trying to get away to go teach a class. I was hot with discomfort.

I pulled them on, pleased as punch.

Everyone around me was  on LSD or shrooms. Hundreds of people played a very involved-looking game. There were strangely folded papers with clues, the paper like college-ruled notebook paper, laced with pen scrawls.

Young men took running leaps and scaled the sides of buildings up to three stories high before they tumbled back down onto the grass and did it again.

I got upset with someone for not explaining the elaborate game to me. I met Queena on the swing, a very intricate swing/pulley system that we used to get from floor to floor of the open-air party house several stories tall. In talking with her, I learned that Queena was a hardcore drug user, a piece of information that more than surprised me.

I was a queen.

I wore a thick velvet and brocade dress of black and burgundy.

My husband was king. He looked like Aragorn from the movie “Lord of the Rings.” His name was Agarwal. I was wrenched away from him.

Men dragged me by my dress across the palace floor, screaming, Agarwaaaaaaaaal! I moaned long moans that stretched out into sobs as he was being pulled away from me, his arms failing to reach mine.

The long pulling cries and sobs took up residence in my chest. I feared they would get stuck there, never leave.

S. and I lived together in my childhood bedroom. Sunlight streamed in through the blinds.

We hosted a huge party on the hardwood floors of the house.

I opened my closet and most of my clothes were missing. In my rummaging I found a very cool dress, white and full, with one scratchy petticoat sewed into it. The bodice had pur- ple and pink dots.

Reclined across the bed, he grinned at me. I held up the bottom of the dress and caressed the roughness of the petticoat. I rubbed the edge across his lips.

C. invited me over to his apartment in Seattle. I could tell he was very excited about something, and then he burst out that he and his girlfriend were moving in together.

Suddenly I was a fly on the wall in their bathroom.

I watched his new girlfriend come in. She shut the door and began to tremble. Her eyes rolled back, and she started crying, a scary rage-filled lament, though she barely a sound. Hmmm, I wondered, rubbing my legs together. Does C. know about this?

I was in a place that was supposed to be Olympia, Washington.

It had more public transportation, including electric buses.

I tried to keep hold of a cat that belonged to Michael. It was orange and white and looked something like the thin orange and white short-hair tabby I had when I was in junior high. I knew the cat was on one of the buses and actually saw it inside when one bus went by and the door opened. The cat was on its back, holding onto a lowered handle-like bar near the floor, acting like it was a perform- er, or on an amusement park ride. I ran after the bus.

When I finally just stood near a bus stop and called for the cat, it flew off the bus and ran toward me. I took it to Michael’s house and fed it, but then realized I was using the wrong bowls for its food and water. I had to clean the bowls out and start over.

My father and I and my adopted family took a road trip. We drove alongside a lake that was in the middle of transforming into an ocean. A tidal wave was coming at us. When our car floated gently right at the surface, we all laughed, marveling at how this could be so.

My father and I stood near the lake. I was on the sandy shore while my father stood above me on rocks. We admired the seals in the water. I blew a kiss at one and her pup. The pup came flopping and gliding over to me on the shore. It practically jumped into my arms, so I cuddled it. Ecstatic, I held up the pup so my dad would see. He was holding one, too.

After I’d let the pup back into the water, all the seals vanished.

The lake became see-through and weirdly still. My father waded into the lake with me until we were both knee-high   in water. Two huge shadows moved toward us and I realized they were sharks. We scrambled out of the water, struggling for higher ground. I hesitated to turn toward the water, sure I would see a mouthful of jagged teeth right behind me.

When I reached a higher clearing of rocks that was still too close to the water for comfort, I saw AQ. She was investigating the wide-open mouth of an alligator with a huge magnifying glass. She looked very intent, oblivious to my shock. Some people had gathered around her, all of us mystified.

Suddenly the alligator’s mouth snapped shut and her magnifying glass went crack but she was fine.

D. Foy on the Violence We Channel From One Generation to the Next 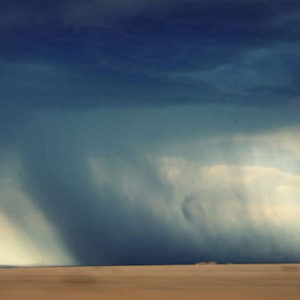 D. Foy on the Violence We Channel From One Generation to the Next To sum up what Patricide (Stalking Horse Press) by D. Foy is about seems superficial. You could say it’s a book about...
© LitHub
Back to top