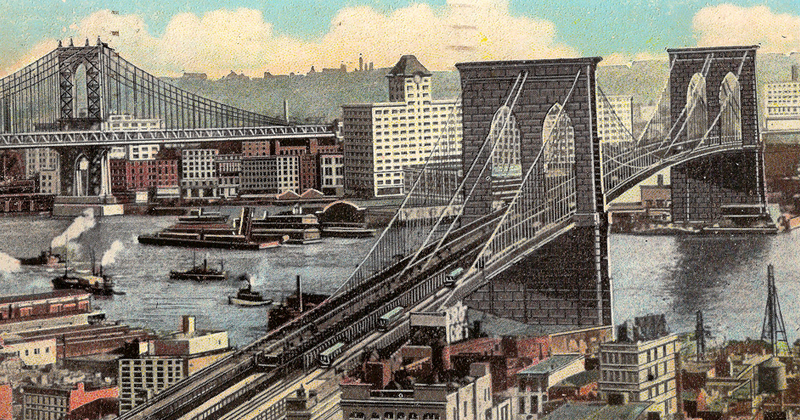 The first time I went to Brooklyn’s Manhattanville Reading Series, in January 2016, it was packed. This was the inaugural event of the emerging writers series based at Manhattanville Coffee in Crown Heights, and the narrow space held a long, cafeteria-style table, a few small square tables, bar seating at the windows, and several couches. All were full, and I had to stand in the back. It was worth it.

Madeline Stevens opened the night by reading from a work-in-progress about a nanny with an unhealthy fascination, dropping each page as she read, papers floating to the ground and surrounding the mic. Then Instagram celebrity Yahdon Israel took us into the nonfiction realm with a story from his teenage years, and Jesse Kohn read innovative short fiction. For the grand finale, Will Chancellor, author of the witty epic A Brave Man Seven Storeys Tall, read from his compelling novel-in-progress, To Test the Meaning of Certain Dreams. 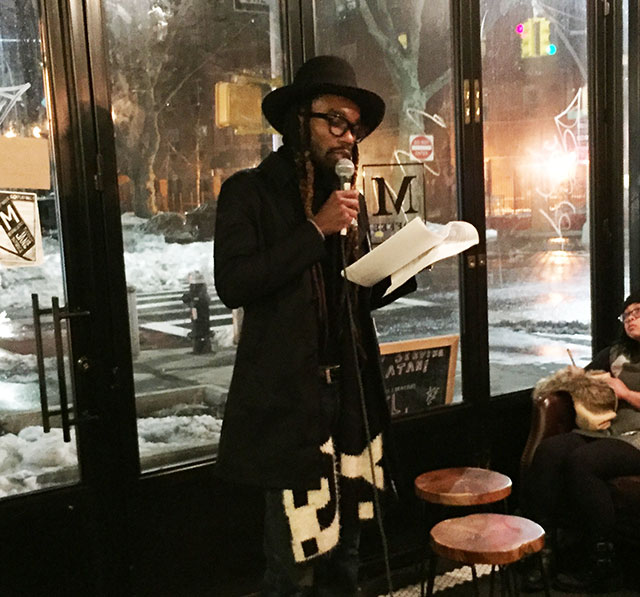 An offshoot of the long-running Franklin Park Reading Series held at a bar a block away, Manhattanville was cofounded by Franklin Park curator Penina Roth (full disclosure: this column’s editor) and Manhattanville barista Antarah Crawley. Its aim was to showcase local writers who hadn’t published books but had pieces online or in print. There was a need for a new neighborhood series focused on up-and-comers—Franklin Park’s lineups were filled by debut and marquee authors, and the Crown Heights-based Renegade Reading Series, a popular monthly event focused on emerging writers, had gone on hiatus (they’ve since returned

, and are accepting rolling submissions for 2018 readers).

In mid-2016, I received a message from Penina. Antarah was leaving town, and the series needed a new co-host. Was I interested? Of course. As a reader, I’d been part of the March lineup, headlined by the intensely cool Alexandra Kleeman.

The day of my reading, I was so anxious that I got a haircut and used about five layers of setting spray to preserve my makeup. Then I met the other—amazing—readers, read a story about mermaid sex, and everything was fine.

I’d only moved to Crown Heights in 2015 (and New York in 2014), and I’d just started reading regularly around the city. It still took a lot for me to actively connect with other writers. Like many in this industry, I’m fueled by solitude and social anxiety. I wasn’t very involved in the local lit scene—but I wanted to be. Unlike Franklin Park, which is by invitation-only, Manhattanville’s programming operated on a submissions system, and for me, that seemed like a low-stress way to reach out.

Submissions from a wide range of incredibly talented writers filled our inbox, and some were even editors of prestigious literary journals eager to share their own work in front of an enthusiastic, supportive audience.

On a personal level, meeting other writers in the community became one of my favorite parts of the series. I met other emerging writers who have remained good friends. 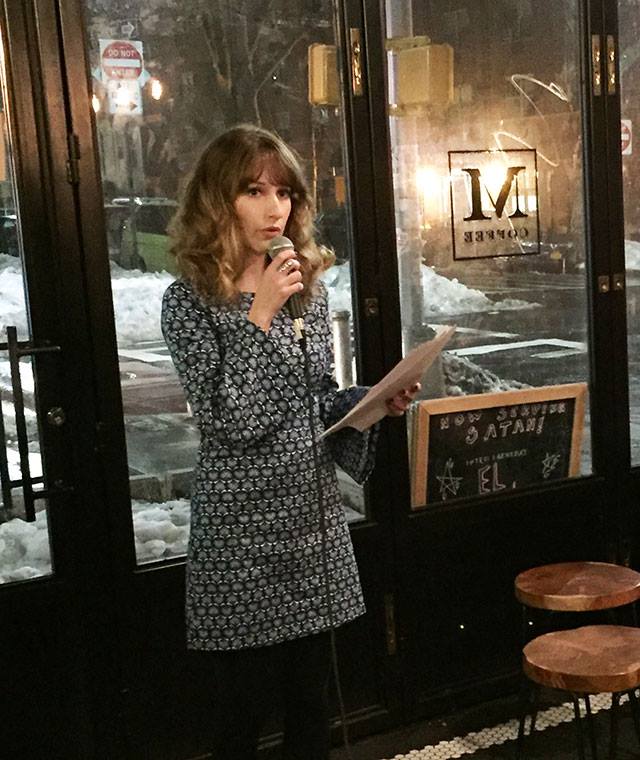 Jaime Green, and Yedida Wolfe. Brooklyn celebrities and social media influencers read as well, including Yahdon Israel, the founder of #LiterarySwag, a movement combining two of my favorite things: literature and fashion. Occasionally, we’d get submissions from up-and-coming writers outside of Brooklyn, including Joy Baglio, whose magical realist prose enchanted us all the way from Massachusetts, and Kem Joy Ukwu, whose moving stories brought her in from New Jersey. Our headliners traveled from all over: Laura van den Berg from Massachusetts, James Boice (a former Crown Heightser) and Angela Flournoy from New Jersey, and Paul Lynch all the way from Dublin. New York-based superstars included Will Chancellor, Mira Jacob, Alexandra Kleeman, Sarah Gerard, Isaac Fitzgerald, Lincoln Michel, Dolan Morgan, and Mitchell S. Jackson.

Every community has voices that need to be heard. New York City is uniquely situated to promote emerging literary talent, because so much of the publishing industry is already here. Manhattanville was designed to connect up-and-coming writers with industry professionals; agents and editors (from big five publishers as well as indies) regularly showed up at the readings. 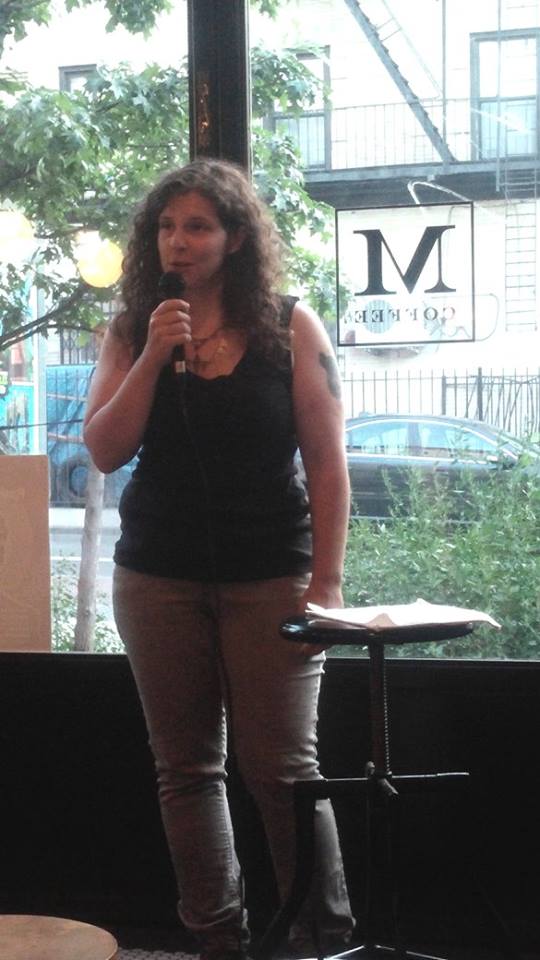 Regrettably, Manhattanville’s management didn’t share our enthusiasm. Although our readings were always crowded and many area residents became regular customers after learning of the café through our events, the owners were disappointed that our literary nights weren’t turning a profit. Selling coffee and tea in the evening hours was not ideal. More bottom line-focused than civic-minded, the owners said they didn’t have the budget to host the series if their sales didn’t change. By October 2016, when sales—unsurprisingly—failed to rise, Manhattanville Coffee shut us down.

We debated our next course of action. Lit world stars Isaac Fitzgerald and Mitchell S. Jackson had been slated for November and December, and we didn’t want to disappoint them. Unnameable Books kindly agreed to host our final two readings. Both events drew a large crowd (despite there being no beverage selection whatsoever), and we had a great time (a few people snuck in flasks). But after December 2016, Manhattanville Reading Series went on indefinite hiatus. Both Penina and I had different work obligations than we’d had when Manhattanville started, and without consistent venue support, it became unsustainable.

Fortunately, there are now several series in Crown Heights that showcase emerging writers. The Renegade Reading Series is hosting events at the new feminist bookstore Cafe con Libros. Crown Heights is also home to the NOMAD poetry series at the bar Branch Ofc, the Franklin Electric Reading Series at coworking space Work Heights, and the Final Fantasy Reading Series at bar/performance space Friends and Lovers, which closes out the night with a DJ set and dance party.

Community is the driving force behind most longstanding cultural events, and a reading series is no different. I love watching this community branch out, as Manhattanville’s once-emerging writers acquire fellowships, agents, and book deals. If I’m lucky, they’ll still text me when they do.

Deirdre Coyle is a writer living in Brooklyn. Her work has appeared in Electric Literature, The New Republic, Hobart, Joyland, and elsewhere. She is a columnist at Unwinnable. Find her on Twitter at @DeirdreKoala. 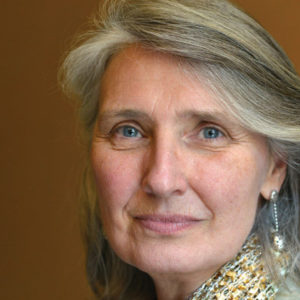 Will Schwalbe: Hi, I’m Will Schwalbe, and this is But That’s Another Story. My oldest goddaughter Ming read so much...
© LitHub
Back to top
Loading Comments...