Brian Dillon on the Sentences of Theresa Hak Kyung Cha

In Praise of an Artist and Writer Taken Too Soon

“All dim, gently, slowly until in the dark, the absolute darkness the shadows fade.”
—Theresa Hak Kyung Cha

The Korean-American artist and writer Theresa Hak Kyung Cha published her book Dictée towards the end of October 1982. A week later she was raped and murdered in New York City. Hard not to think of Dictée, with its delicate, furious mix of autobiography, history, myth and avant-garde adventure with the page as a summation of Cha’s work in image and word. And as a tragically punctual text about misogyny, religion, colonialism and capital.

The book is at once intimate and erudite, organized around the lives and images of her own mother (born in China to an exiled Korean family), the early-20th-century Korean revolutionary Yu Guan Soon, the Greek Muses, Joan of Arc and Cha herself. Dictée is a novel, an essay, a prose poem—and a daring reflection on what it means to inhabit a language, or be denied a home there.

Like her mother, like Joan of Arc (a woman visited by voices), Cha lives between languages: English, Korean, the French she had studied and the Greek names that title her chapters: Clio, Calliope, Urania, Melpomene, Erato, Thalia, Terpsichore and Polyhymnia. (For the ninth Muse, Euterpe, who is associated with music, Cha substituted one of her own invention, a Muse of lyric poetry called Elitere.) In some of these chapters, or sections inside them, Cha writes a precise and conventional prose—for example, when she describes her mother’s linguistic predicament:

Mother, you are a child still. At eighteen. More of a child since you are always ill. They have sheltered you from life. Still, you speak the tongue the mandatory language like the others. It is not your own. Even if it is not you know you must. You are Bi-lingual. You are Tri-lingual. The tongue that is forbidden is your own mother tongue. You speak in the dark. In the secret. The one that is yours. Your own. You speak very softly, you speak in a whisper. In the dark, in secret.

Elsewhere, Cha writes in a variety of fractured styles, speaks a “broken tongue” that more urgently expresses the condition of being between, of trying to reproduce a speech dictated (in all its senses) for you, to you, despite you. As in this passage, which appears in both English and French:

Little at a time. The commas. The periods.
The pauses.
Before and after. Throughout. All advent.
All following.
Sentences.
Paragraphs. Silent. A little nearer. Nearer.
Pages and pages
in movement
line after
line
void to the left void to the right, void the
words the silences.

“All dim, gently, slowly until in the dark, the absolute darkness the shadows fade.” The sentence comes from a short, enigmatic section of Dictée that seems to describe the experience (whose? Cha’s? her mother’s?) of a darkened theater or cinema. The chapter is titled “Melpomene: Tragedy.”

Beckett was certainly one of the teeming reference points Theresa Hak Kyung Cha had in mind when she wrote Dictée.

It comes halfway through the book and is still concerned with Cha’s mother, with the family’s life in America and with the legacy of the Korean War. (Cha was born in Busan during the war, and the family moved to the US in the early 1960s.) This strange opening section of the chapter—one page, four short paragraphs—appears on the right-hand page, opposite a map of Korea, North and South, bisected by the DMZ. Here is the opening paragraph:

She could be seen sitting in the first few rows. She would be sitting in the first few rows. Closer the better. The more. Better to eliminate presences of others surrounding better view away from that which is left behind far away back behind more for closer view more and more face to face until nothing else sees only this view singular. All dim, gently, slowly until in the dark, the absolute darkness the shadows fade.

Why this sentence and not another? Is it because it reminds me so much of certain sentences in Beckett? “A voice comes to one in the dark. Imagine. To one on his back in the dark.” “But under us all moved, and moved us, gently, up and down, and from side to side.”

Beckett was certainly one of the teeming reference points Cha had in mind when she wrote Dictée. You can hear him in the verb-avoiding rhythms of the sentence, in its consoling repetitions of sound and word. But Beckett’s is just one voice among many, some of which are Cha’s and some not. (Stéphane Mallarmé was another early interest: the influence of his itinerant typography is visible in Cha’s diverse arrangements of her text, and her taste for white space.)

The sentence tends towards unity, sonically and semantically, all shadowy distinctions dissolving in the general dark. But like Beckett—only more so, because with her it is not a matter of elective exile and affinity—Cha writes from a place where no tongue is truly her own, but must be claimed and reclaimed, made and broken, renovated and abandoned to prove she was there.

One thing I notice late, before letting the sentence go: the way some expected commas fail to appear—a more conventional writer might like one after “slowly,” and would definitely want one after “darkness”—until everything is sliding and obscure. 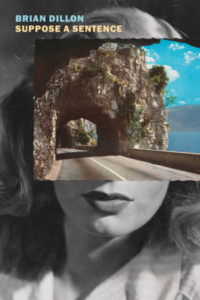 Excerpted from Suppose a Sentence. Used with the permission of the publisher, New York Review Books. Copyright © 2020 by Brian Dillon.

Why Does Everyone in America Think They're Middle Class? 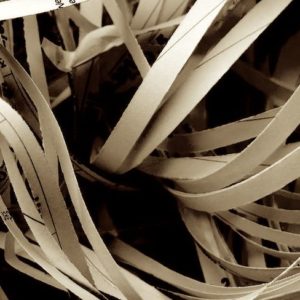 “Look at them straight in the eyes. Let them know that you’re determined, and that you know you’re on the right side...
© LitHub
Back to top
Loading Comments...