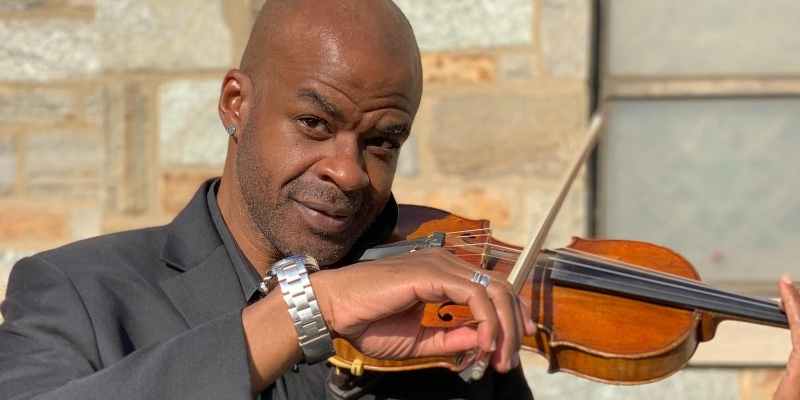 Brendan Slocumb on Racism in the Classical Music World

Can an author write a novel about a classical musician and get all the details right? And then can he make that world the backdrop for a gripping contemporary thriller? If the author is Brendan Slocumb, then the answer is a resounding yes. In this episode, Brendan joins Eve and Julie to talk about his debut novel, The Violin Conspiracy, about a concert violinist whose Stradivarius is stolen while he’s preparing for one of the most important classical music competitions in the world.

A concert violinist himself, Brendan describes how his instrument feels “like a piece of my soul,” the joy and discipline of lifelong practice, teachers like the J.K. Simmons character in the movie Whiplash, and what it felt like when his own violin was stolen. Brendan also discusses his experience with racism in the classical music world.

Eve: So after his violin is stolen, Ray doesn’t practice for a couple of days until he gets a substitute instrument. And then when he finally goes to practice, he thinks, “So here’s what you do if you’re a Black guy, trying to make it work in an unfamiliar world, you just put your head down and you do the work. You do twice as much work as the white guy sitting next to you. And you do it twice as often, and you get half as far, but you do it. You just sit down and practice over and over. And eventually, someone turns to you and says, ‘Wow, you’re way better than I expected you to be.’ And all of those extra hours of practice, they build themselves into the marrow of your bones. They electrify the nerve endings on the tips of your fingers until they become habit.”

So there are two things I want to ask you about this. One is about the extraordinary discipline of practice that every classical musician undertakes and how it shapes your life and your psyche. And the other is about how practice, and what it means, is different for Black artists.

Short story: I’ve played “The Messiah” a million, billion times. I could play the first violin part and the second violin part from memory. I’ve actually had to do that a couple of times. And I will go to a church that I’ve played at a million times and there’s a director. They will see me come in and immediately call someone else to come and sit next to me because they don’t think that I could handle it. And I just kind of sit there and smile. I’m like, all right. The last time this happened, the person that was sitting next to me was a lovely young lady. Very nice. You know, she was a college student. And she had no clue.

Her tone was gorgeous, very good technique, but she didn’t know the music. I had to kind of guide her along, and the performance actually ended up okay, but it was not because she was there playing with me. It was because I actually helped her out a great deal. And things like that, they happen a lot, and people don’t really realize that. I don’t want to put it so much in racial terms, but it really is like for us Black artists, we’ve got to not only prove ourselves in playing; we’ve got to prove ourselves just from the moment we step onto the stage.

It’s everything. It’s appearance. It’s your dress. It’s your demeanor, your attitude, everything. Everything has to be A-plus. If it’s not, you’re substandard. That’s how at least I have felt in the past. I don’t want to speak for everyone, but that’s been my experience. And surprisingly, I’m not bitter about it. I just take it as that’s the way it is.

Brendan Slocumb was raised in Fayetteville, North Carolina, and holds a degree in music education with concentrations in violin and viola from the University of North Carolina at Greensboro. He’s performed with orchestras and chamber groups throughout northern Virginia, Maryland, and Washington, D.C., and currently serves as the concertmaster for the Nova Annandale symphony orchestra. Brendan has been a public and private school music educator for more than 20 years, and he serves as an educational consultant for the Kennedy Center in Washington, D.C. The Violin Conspiracy is Brendan’s first novel. It was named a Good Morning America Book Club Pick and one of The Seattle Times “Most Anticipated Books of the Year.” 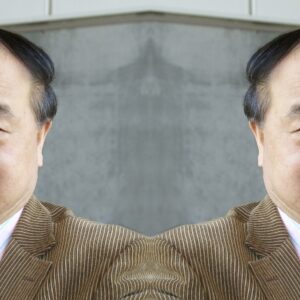 “I left America not only to find freedom but as an instinctive act of self-preservation.” Tiffanie Drayton on the abuses...
© LitHub
Back to top