VIA FEED YOUR NEED TO READ

Breaking Up with Holden Caulfield

On Revisiting The Catcher in the Rye as an Adult

“It’s partly true, too, but it isn’t all true. People always think something’s all true.”

–J.D. Salinger, The Catcher in the Rye.

When I was 18 years old, J.D. Salinger was the most important man in my life. I’d just moved to New York, I didn’t fit in in college, and I was going through all of the messy, stunted stuff of being half grown-up. Salinger, first with Franny and Zooey, then with The Catcher in the Rye, was my crutch. He coddled me and petted me in a place where I, outside his pages, felt perpetually misunderstood. Salinger made it easy to blame the corrupt and phony world around me—not my own flaws and shortcomings—for my discomfort and my isolation.

In my late twenties I revisited Catcher. I can’t remember my exact impetus to go back to the book, other than that it coincided with another time in my life when I was feeling particularly displaced and unsure of myself. I knew that Catcher had made me feel whole and loved once, that I’d seen so much of myself reflected back in the book the first time, and I craved that feeling of being “understood. “

But upon rereading, Catcher fell apart for me. It felt like I’d dropped it in water and was trying to scoop up the wet pages off the surface, the letters all blurry and crooked and out of order. It felt heavy and soggy and sad where it once had been this lovely, buoyant thing. Most of all, it was cripplingly embarrassing. Reading Catcher at 28 felt like reading my own 10th

grade journals, and no one who has any hope of living a proud, confident life should be forced to get inside their own head when they were teenager.

But that’s exactly what we do with Holden Caulfield. We’re inside the mind of the worst kind of criminal: an angry, privileged, genius-smart, piercingly-perceptive, extravagantly self-righteous, totally un-self-aware teenage boy. Holden has these glimpses of insight and softness and empathy, yes. But he’s also horrible. And I was exactly like him.

The really dangerous part of Catcher is that we don’t read about Holden in the third person: we see him from the inside out, and that takes away the opportunity for a kind narrator to smooth over the rough edges of his personality, to make apologies for his bad behavior, to offer deep justifications for his hollow assessments of the world around him. Catcher is an uncurtained window into the unflattering mind of a bitter, emotional, mock-rebellious teenager. And, that’s a scary place to be—especially when you’ve been there yourself.

Now I’m coming to understand that this is always what Salinger intended: the reader is supposed to see through Holden in all his youthful transparency, to flesh out the sad, unspoken little spaces where Holden’s actions and his narrative don’t connect. He’s always been a tragic character; I just didn’t read it right the first time. I was too close to Holden, to his tantrums, to his ennui, to his self-doubt, to see him for what he was. But, with some distance (and some not insignificant humiliation), I can appreciate that there’s room in this world to make youthful mistakes, and to be glad I’m not trapped between Holden’s pages of perpetual adolescence.

Alison Currie is an attorney and writer in Atlanta, Georgia. You can find more of her writing at alisonsboomstick.com.

Our Spoons Came from Woolworths 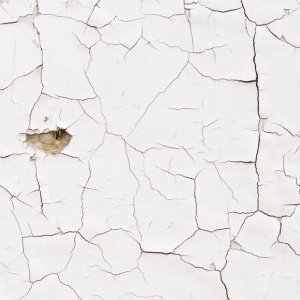 Literary Hub has counted down the days until the seventh-annual Irish Arts Center PoetryFest begins by publishing a poem,...
© LitHub
Back to top