Branko Milanovic: Is Capitalism Really Our Only Option?

In 2020, particularly in the Democratic primary, we have this great debate about capitalism. Some people say capitalism work. Some people say it doesn’t. Lots of the candidates are suggesting that we need to go beyond capitalism. In the midst of that debate, one of the world’s leading economists, Branko Milanovic, who’s a distinguished academic and ex-World Bank chief economist, suggests that there’s nothing beyond capitalism. The entire world works off the same system, whether it’s Denmark or the United States or Chile or China or Singapore. We’re all capitalists. In this episode of Keen On, Andrew talks to Branko Milanovic about his most recent book, Capitalism, Alone: The Future of the System That Rules the World, out now from Belknap Press.

Andrew Keen: Is capitalism our only option?

Branko Milanovic: I think it is our only option because we cannot currently conceive of any other system. We do not have within the system, as we know it now, forces that are sufficiently strong to actually promote and advocate in their daily behavior an alternative system. Now, that does not mean that you don’t have isolated communities that do not follow capitalist principles. You do have them, but they are really marginal and they don’t really influence the greater development of mankind.

It’s not a pure statement. We can actually do it empirically. We can actually calculate the number of people who are actually outside of the capitalist system. Obviously, some of them are outside because they are relatively poor and have not been integrated into the system. Some of them are outside because they will entirely decide to take them themselves out. But if you were to probably add all of this, you would not get more than 3, 4, or 5 percent of the world population.

Andrew Keen: There are contemporary politicians—I mentioned Bernie Sanders and Jeremy Corbyn in England—who embrace the term “socialist.” Are socialism and capitalism compatible, or do we have to choose between them?

Branko Milanovic: You know, I’m old fashioned in that sense. Of course I grew up in a socialist country, and when I use the term socialism, I really mean non-private ownership of domains of production. Now, when you look currently at the political landscape, neither Bernie Sanders nor Corbyn really advocate it. Corbyn has some elements. We’re talking about nationalization, so there are some elements of that. But certainly with Sanders, there are none. Sanders advocates social democracy again. We mentioned Denmark before, but it’s basically patterned after the Nordic social democracy. But the term socialism, in my opinion, should not be used for something which is a capitalist system with a number of correctives.

Andrew Keen: Why does capitalism make us so moral given that it’s an amoral system?

Branko Milanovic: I don’t think it makes us moral, actually.

Andrew Keen: Doesn’t it bring out our sense of injustice, of unfairness, particularly on the part of the left?

Branko Milanovic: I’m not sure of that. Maybe if people feel injustice, it is brought by other reasons, whether it is religious, ideological, or ethical because other systems of thought influence us to view certain features of capitalism as immoral , or at least amoral. But capitalism itself, I think, in order to function really requires people who follow their own interests and an end to companies that don’t follow their own interests and have limits. These are not moral limits, but purely limits by law.

Branko Milanovic is Visiting Presidential Professor and Core Faculty at the Stone Center on Socio-Economic Inequality at the Graduate Center, City University of New York. He was formerly Lead Economist in the World Bank’s research department. His books include Global Inequality (Harvard) and The Haves and the Have-Nots: A Brief and Idiosyncratic History of Global Inequality.

Behind the Mic: On Headliners by Lucy Parker, Read by Billie Fulford-Brown 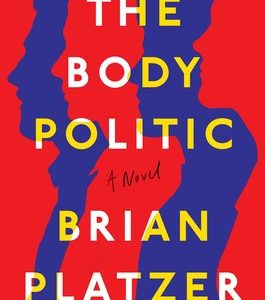 Water tumbles down the black marble wall and slaps flat against the floor in time with the music. When the music speeds up, so do the pulses...
© LitHub
Back to top