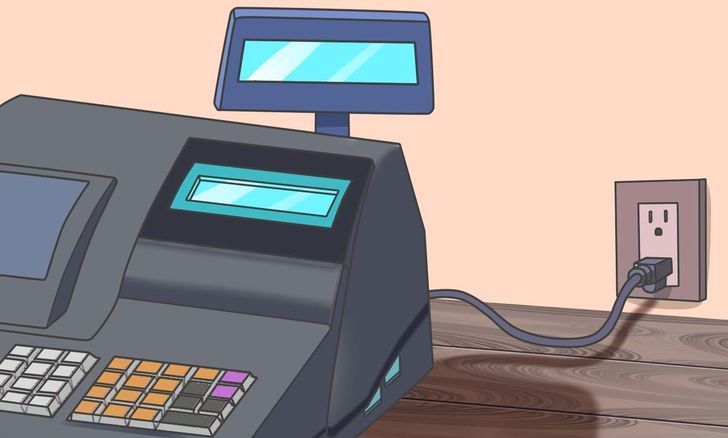 Bookselling in the 21st Century: “Why Even Shop Local?”

On the Perils of Customer Service Gone Wrong

We had screwed up the customer’s special order. Or charged her twice for the same book. Or maybe we had forgotten to ask if she was part of our customer loyalty program before the sale and had needed to redo the transaction. It was our fault, we screwed up, all booksellers have been there. Anyone who has ever worked retail, or in any service industry job, has been there. The protocol is near-reflex, at this point: you apologize, thank the customer so much for their patience, maybe give them ten to twenty percent off their purchase, and wish them a great rest of their day. Once, at the end of such an interaction, which had taken a serious turn for the worse my former boss (also my Dad, who probably doesn’t recall this, and will be embarrassed to be reminded that he ever said such a thing) joked to the customer: “Why even shop local?”

This joke is the opposite of that other punch-line you hear in independent bookstores—“You don’t get this kind of customer service online”—but they are based on the same premise. People go to their local bookstores for that “personal” touch. While other folks (let’s keep them abstract and cold for now) sell you online services which require no human interaction whatsoever, such as zero-click burrito ordering, booksellers across the world open their doors, play their eclectic music, and try to help you find a good book. But, as the very product we sell teaches us, humans are awful and not to be trusted. That’s why I love independent bookstores: our strongest talent is also our biggest weakness.

My human weakness revealed itself recently when a customer asked for a Copenhagen travel guide and I handed her a Lonely Planet Belgium. To confuse Belgium with Copenhagen takes real talent—and for someone whose job is, in part, to know a vast wealth of things, this is a nuclear-holocaust-scale human error. The befuddled customer laughed and made fun of my lack of geography skills. I echoed my Dad’s non-joke, “Why even shop local?” both to get a chuckle, and to relieve my fear that she would not hold this all-too-human error against me or the bookstore I was representing. I could give her countless reasons to continue to shop local, but “We are more human than those online folks” works better when our humanity benefits the customer. It is only my hope that she will come back.

Errors like these might be the least of our concern. That particular customer will come back eventually, but what about those human peculiarities not so easily forgiven? Mistakes that cross the line from error to offense? An algorithm does not take the joke too far; a search engine won’t judge your taste. Of course we should continue to call out the online behemoths about the biases of their algorithms, the treatment of their employees, or how they can screw up your order and put you on hold for an hour. But these transgressions aren’t scalable, to use the lingo of corporate America—the stressful and awful rule of retail is that a person will tell twice as many people about a bad experience as a good one. Each customer interaction holds exponentially more weight for us than it does for Amazon.

I have an—admittedly irrational, but real nonetheless—fear that one screwed-up customer interaction will cause the entire community to turn against the bookstore. Once, on the couch in psychoanalysis, I imagined-out-loud a mob with torches and pitchforks in hand, rallying outside the store where I work. They were there to burn both me and the bookstore down, due to my being a little short with a customer. My analyst asked: “Are you not allowed to be human?” My response: “Thanks for the reminder.”

The fear of torches might be a little much, for now, but it points to a reality that I think every bookseller knows and will admit: our position is a precarious one. Our existence depends on the theory that people will continue to come back and hear our (usually wrong, and always subjective) thoughts on books, art, and sometimes even life.

Perhaps, as the example of the psychoanalytic couch illustrates, this is all in my head. Maybe customers couldn’t care less about us; rather, it is for the enjoyment of browsing—and the perk of not being tracked by the NSA—that they return to bookstores time and again. Since the Copenhagen/Belgium Incident of 2016, I have shared the joke—the infamous “Why even shop local?”—with a few co-workers, and they have all all said the same thing: “Yeah, it’s funny, but it also hits a little close to home.” While it’s good for us to laugh at ourselves, it’s also crucial that we do not grow too cynical. We remind ourselves constantly that our community does want to know what lies beyond the algorithm. We remind ourselves, too, that shopping online still benefits humans, just not ones you can see. Money doesn’t go into the ether; there are claws beneath the cloud. We booksellers might be all-too human, but at least we’re not Jeff Bezos.

Sam Jaffe Goldstein is a bookseller in Los Angeles at Skylight Books. You can follow him on Instagram @mrjuliachild. 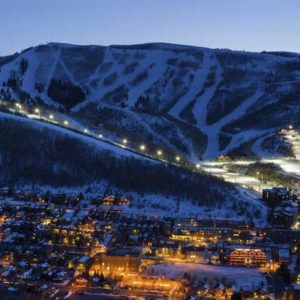 The largest independent film festival in the US kicks off tomorrow in Park City, Utah. As every year, 2017 brings a crop...
© LitHub
Back to top