The day after the election I walked in for my shift at City Lights Booksellers and Publishers in San Francisco, ready to raise hell. I had spent the morning mopping fish guts off the basement floor of a friend’s house; an appropriate way to ring in the new era. Shaking from my hangover and nervous “what now?” anticipation, I scooped up handfuls of fish eyes, squid guts, limp fins and tails, and dropped them in the mop bucket. The squishy remains came from a particularly wild performance at a party we had thrown on election night as a part of City Lights’ Dada World Fair, a two-week long celebration that blurred my sense of past and present. One hundred years ago, artists and activists, seeking refuge from the destruction of World War I and the first hints of fascism, found asylum and community in the cheap bars and cafes of Zurich. The artistic and political movements that grew out of this community in exile poked fun at the assumed rationality of capitalism and nationhood. Through farce, play, scything critique, and public engagement, Dadaists, and those who found inspiration in Dada’s particular vein of anarchic play, attempted to enact new visions of utopia, an imaginary for an entirely new paradigm of existence.

One hundred years later, here we were again, staring fascism flat in the face. The small progresses of the Obama era were minimized by the looming specter of Trump, who seemed to exist outside of time and space; he behaved like an impetuous feudal lord brought back from the past to shove us over the ledge to a frighteningly apocalyptic future. But I’ll be honest: I didn’t think he would win. We asked our party guests to put their phones away for the night, to forget the election and the almost assured win of Hillary. I spent the evening coordinating performers, making sure black lights were operating, getting snacks for the puppeteers, and finding moments to dance and sing with my comrades. It wasn’t until about ten o’clock that my friend, a fellow bookseller, approached me with glassy eyes and wine-pinked cheeks: “He’s leading the electoral vote. By a lot.” I waved her off. The count always goes back and forth, I said; it makes for compelling television. But by midnight the news had spread through the crowd. I found friends huddled in tears. Others were shouting, pointing fingers, losing it. The ebullient light of the party was doused; we stumbled home, drunk, gripping one another for support.

And there we were, the next morning, mopping up fish guts and smoking the ends of abandoned joints that littered the backyard like the feathers of long gone birds. When the cleaning was done, I rode my bike to work through the industrial South of Market district, past block upon block of ersatz tent structures, homeless encampments that had sprouted underneath the looming gray boxes of starkly new tech offices. Many left-leaning tech moguls were pressuring the city to evict the homeless, to buy them bus tickets and send them off to some imaginary “away,” where they would no longer diminish the veneer of cleanliness and social progress the tech world so reveres. What the fuck were we supposed to do? Pumping my legs, I breathed in and out: “They can’t erase us all. They can’t erase us all…”

Inside the bookstore, the air hung with a palpable, strangulating warmth. We eyed shoppers with suspicious glances. Who were these people casually browsing, buying copies of On the Road, smiling at us from behind the counter? Were they here to find solace from the harsh outside world? Or were they complicit, smugly enjoying their afternoon out? As the poll numbers rolled in our disbelief transformed into anger. If 58 percent of white voters voted for Trump, how many of them were surrounding us right now? Could that guy over there be one, the man flipping through the new Franzen? Or this guy, casually telling his date about his love of Hemingway. Is it him?

At one point that afternoon, the entire female staff of the bookstore—four of us—were stood behind the front counter, speaking in whispers, exchanging small words of solidarity. “Fifty-three percent of white women voters? Are you fucking kidding me?” We had to laugh in order to bear our disgust. With blood boiling, I think I said something like “Fuck this shit,” as I walked over to our Hits from the Basement shelf, where we highlight bestselling non-fiction titles. Book by book, I started clearing the stacks away.

The shelf sits in one of the most visible areas of the store, just underneath a large window on our spacious main floor, just on the way to the venerated poetry room upstairs. As I stacked and hauled books away, I counted: the shelf fit about 50 individual titles faced-out side-by-side. I wanted to fill all 50 spaces with feminist voices, queer voices, black and brown and indigenous voices. I wanted 50 different stories from those who have confronted oppression throughout history. I wanted to look at their accomplishments, side by side, all as one. I wanted to learn from their mistakes. I dug through our non-fiction shelves, feeling the spines, calling out for the books that could tell us what the hell we were supposed to do. I called out to my intellectual elders: to Audre Lorde, bell hooks, Winona LaDuke and Emma Goldman. I called out to C.L.R James, Victor Serge, Michel Foucault and Silvia Federici. I called out to Vandana Shiva and Arundati Roy and Subcommandante Marcos. Within a couple of hours, the shelf was full again, but now the crisp bestsellers were replaced by books that had, in some cases, sat on our shelves for years. By the next day, I had a name for our new section, a reference to Paolo Friere and his revolutionary educational system: Pedagogies of Resistance.

I believe that much of my skill as a bookseller comes from my fascination with history and my engagement with activism. And while I believe that works of fiction and poetry hold some of the greatest revolutionary potential by dint of their imaginative capacity, I have often, in my darkest moments, turned to non-fiction for its capacity to express practical wisdom. Many of the books I have relied on I have found not by browsing bookstore shelves, but by organizing with and learning from communities that I am engaged with. I have had books handed to me by LGBTQ activists, food justice organizers, housing rights defenders, and people who flooded Wall Street in 2011. I have read books recommended by those who blocked the Bay Bridge with their bodies in the name of black lives. I have borrowed literature from musty free libraries housed inside of illegally squatted warehouses and found profound wisdom and beauty. Some of these books I have cast off, grown out of; some have branded themselves onto my psyche and shaped the way I speak and move and survive. I have used this literature to reckon with my place in history, my place in time, and my responsibilities as a queer, working-class white woman in a world where my struggle sits within a context of overarching structural violence that affects us all to varying and shifting degrees. I have heard my voice reflected back to me in the language of the Parisian Communards, in the words of brick-hurling suffragettes, in the dreams of Weimar Republic queers, soon sent away to perish in white-tiled gas chambers. I have been humbled and inspired by the endless struggle of indigenous people worldwide for their rights for land and sovereignty.

By reading the words of black- and brown-bodied revolutionaries I have had to confront my privilege in a white-supremacist world. By reading about environmental crises, I have had to confront my own complicity in the murder of the planet. Through this reckoning, I have also learned specific tactics for successful organizing that have been tested throughout history. I have learned of the power that organized communities have to create their own infrastructures that exist outside of the established power system, like the Free Breakfast program run by the Black Panthers, or the St. James Infirmary Health Clinic, which for many years has offered health services to sex workers here in San Francisco, or the unsanctioned farms established by the Diggers, 17th-century radicals who were protesting the privatization of land. By reading about movements from the past and the present I have found means by which I can navigate the future. And with each book my perspective may shift or sway, but at least I feel connected to a thread of history. Ropes of knowledge keep me grounded. We are not lost. I am not alone. I am accompanied by past revolutionaries who have set the groundwork for us all, not just by building movements, but by recording these movements on the page for all of us today.

Since the election, I have had to restock the shelf everyday. Each empty space gives me hope for the future. Someone out there is reading Grace Lee Boggs right now. Someone is reading Roxanne Dunbar-Ortiz. Someone is reading Murray Bookchin. Someone is reading Peter Linebaugh, Peniel E. Joseph, Assata Shakur. I am connected to each of these readers through a vast intellectual web. Perhaps we will find each other at the next march, the next meeting, the next occupation. If history tells us anything, it is that we will continue to fight for a better world. This time, armed with history, we must learn to do it better.

10 Debut Novels That Are Also Their Authors' Masterpieces 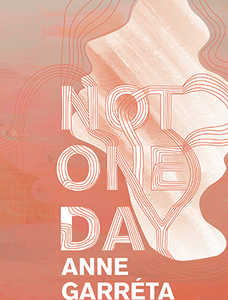 C* You’re in a faraway nightclub. People can barely hear each other. They have to shout in others’ ears. You weren’t...
© LitHub
Back to top