Bookselling in the 21st Century: Misshelving and Microaggressions

Fabiana Cabral: the Good, the Bad and the Ugly of Bookstore Life

In late 2014, trying to survive in rent-strangling Boston earning $9 an hour as a full-time bookseller, I still bought the paper copy of the New York Times Book Review every Tuesday.

On October 5th, I read one of the Letters to the Editor:

…Henry Alford suggests that any misshelved book one encounters in a bookstore or library be placed “horizontally on top of the shelved books, whereupon a librarian or store employee . . . will return it to its proper place.” That’s good advice. But it’ll work only if this individual’s grasp of alphabetical order is a lot firmer than that of a bookstore co-worker I remember from 30 years ago…
[emphasis mine]

I didn’t know who I wanted to punch harder: Henry Alford for offering that advice, or this snarky letter-writer for reiterating it.

To be fair, I was a bit cranky that fall. I worked on the third floor of the Harvard COOP Bookstore, where we shelved all the non-fiction books that didn’t sell fast and that required strict order: medicine, religion, philosophy, computer science, mathematics, essays, and foreign language books rubbed shoulders with gardening, games, test prep, New Age, self-help, true crime, and other books.

It was a large floor. I answered a small white cordless phone I carried around in my pocket while helping in-store customers find books, tripping over book towers deviously placed by readers between stacks. At night we picked up stray books before closing, putting them on the to-sort pile if a title’s location wasn’t known. Even after working there for months, I could still be easily stumped by the exact location of UX for Dummies, and I was never quite sure how many copies of The Five Love Languages belonged in “Relationships” versus the “Christian Living” section.

I loathed horizontal books on shelves. To me, horizontal shelving was only one notch above rock bottom on a sliding scale of douchetastic customer behavior.

Sure, it was better than simply sticking the book into the shelf without knowing if it belonged there (there’s a special place in Hell waiting for purposeful misshelvers). But without checking our inventory, I never felt confident a book placed horizontally on the shelf actually belonged in that section. Did this book on heart disease actually belong in “Medicine,” or was it pilfered from “Health?” Did The Smartest Kids in The World wander from “General Education” over to “High School Ed”?

With little time to pick up strays, I would wish the customer had placed the book on one of our many reading tables, or just left it at our main desk as they left the store. It was thoughtless, this aiding and abetting of the store’s natural race towards entropy. I still kinda want to outlaw the practice.

For all my grumbles, I still loved that the store was large, well-stocked, had plenty of places to sit. And some customers were lovely. I will never forget serving a cautious but obviously loving parent who shyly asked me whether we had books about raising a trans teen. And I enjoyed shocking a customer by magically appearing next to her, holding out an Oliver Sacks book she needed (my secret was the eerie sound tunnel created by the spiral staircase in the center of the store, allowing me to eavesdrop on first-floor customers).

Despite the nice digs and the fact that I worked with many brilliant, quirky, helpful people, the store was apparently seen as uncool. Located in the heart of Harvard Square, the COOP is often confused for the independent Harvard Bookstore further down on Mass Avenu. Visitors went away bemused when they realized they were in the wrong location to meet and greet Jason Segel, Anne Rice, or Hillary Clinton.

To those visitors, the COOP is the unholy spawn of the Harvard Cooperative Society and Barnes and Noble. There is a sister store right next door stocked with a bajillion dollars-worth of Harvard apparel. And the third floor has a public bathroom. Needless to say, we were a tourist magnet.

One of my coworkers, a lovely gentleman who happens to be a master palindromist, used to ask me why I didn’t speak Spanish with Hispanic customers. I was born in Venezuela, but have lived in the US for so long that my non-regional American accent is firmly established, serving as camouflage.

The truth was, many of these visitors would treat me differently if I didn’t play American, and I didn’t like it. Initially pleased, they would often then drop the politeness I had been shown until that point.

One no-so-subtle Columbian visitor, seeing me crisscrossing the floor after I helped him find a book, snapped his fingers at me and said, “Niña… niña!” No Spanish-speaking visitor ever addressed me as if I was a cocktail waitress when I kept my American façade firmly in place. As an American, I was a salesperson; as a fellow Latina, I was an empleaducha, a sort of “little employee.”

These microaggressions, however, did not compare with a doozy I experienced one evening. An older white gentleman, a regular, came up to me and asked if we had books on vocabulary.

“Yes, we have a whole section…”

Keeping my face as neutral as I could, I coolly replied, “We don’t have any books like that.”

Low point. A high point? I once saw a Hispanic man in a neat suit and well-trimmed mustache browse our Literary Criticism section. Two men in black suits, sunglasses, and earpieces were standing close by. At that moment, I got a call from one of my supervisors.

“Uhh… just FYI. A former president of the Dominican Republic may be coming up to your floor.”

It was indeed Leonel Fernández, former president of DR. As I sidled over, one of his bodyguards took a warning step towards me, a bit hampered by the stack of books he was carrying.

Before I could be told off, President Fernández turned to me and smiled. “I was hoping you could help me find some books. Do you have anything on 20th-century American Literature?” He ended up spending several hundred dollars in books that day.

He asked me whether I liked to write, and I told him I wrote theater and book reviews. He handed me a business card. “I think you might be interested in our organization.” He wished me well, and left.

I still have the card. It’s a card for FUNGLODE (Fundación Global Democracia y Desarollo), his non-profit. According to the official website, the organization seeks to be: “A center for pluralist thought, rigorous research, academic and creative excellence, that produces the best public policy options, for the strengthening of democracy, respect for human rights, sustainable development, creativity, and the modernization of the Dominican Republic.”

Fabiana Cabral hails from Caracas, Venezuela, and has been living in Boston for over a decade. A Master's graduate in English literature, she writes theatre and book reviews. Her writing has appeared in HowlRound, American Theatre Magazine, and My Entertainment World. She writes about culture at www.theeducatedprocrastinator.com.

F. Scott Fitzgerald and the Psychic Cost of Selling Out 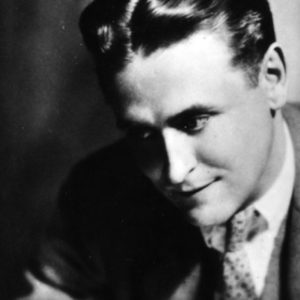 F. Scott Fitzgerald and the Psychic Cost of Selling Out

. . . it isn’t particularly likely that I’ll write a great many more stories about young love. I was tagged with that...
© LitHub
Back to top