Blood on the Big Screen: A Lady Macbeth Who Does the Killing

“Come, you spirits,” cries Lady Macbeth in the first act of Shakespeare’s most cursèd play, “unsex me here, and fill me from the crown to the toe top-full of direst cruelty.”

Katherine, the protagonist of William Oldroyd’s excellent, harrowing new film Lady Macbeth has no desire to be unsexed. She constantly requires more sex, and also more femininity. She wants to love and be loved with fervor. On the other hand, she is certainly full of direst cruelty—or at least a moral ambivalence that runs just as cold. Katherine may be a kind of imperfect spiritual granddaughter of Lady Macbeth, a photocopy of a photocopy, her face translated so many times that it has gone black and diffuse with ink. She is as self-interested and ambitious as her namesake, but otherwise dissimilar, almost unrecognizable, hewing—so far as she hews at all—instead to an ongoing, multicultural infatuation with the idea of the stony murderess that erroneously uses Lady Macbeth as its emblem.

Lady Macbeth, which was released on Friday in the US, is itself the product of multiple translations. It is based on Nikolai Leskov’s 1865 novella “The Lady Macbeth of Mtsensk” (the version I read was translated from the Russian by Richard Pevear and Larissa Volokhonsky), which was inspired, as you may have guessed, by Shakespeare’s most famous female character. (Shakespeare, it’s said, also cribbed parts of Macbeth from Holinshed’s Chronicles, but let’s stop pulling on that thread for now in hopes of staying on topic.)

At first read, it seems “Lady Macbeth of Mtsensk” has little to do with Macbeth proper, except that there’s a loose-moraled, power-hungry woman causing trouble in some dank castle. The title of the novella, we are informed in the first paragraph, is the name the gossips have assigned to its protagonist, Katerina Lvovna, after the events described within—those events being a series of cold-blooded murders recounted with perfect fairy tale flatness. Somehow, these murders get both more ridiculous and more horrifying as the story goes on.

The source of Katerina’s murderous angst is simple: she’s bored. She’s forced to marry “an unaffectionate husband,” and then she is ignored for five years:

Katerina Lvovna would wander and wander about the empty rooms, start yawning with boredom, and climb the stairs to her marital bedroom in the small, high mezzanine. There, too, she sat, looked at how they hung up hemp or poured out flour by the storehouse—again she would start to yawn, and she was glad of it: she would doze off for an hour or two, then wake up—again the same Russian boredom, the boredom of a merchant’s house, from which they say you could even happily hang yourself.

This crushing, soporific boredom—which has nothing to do with the original Lady Macbeth’s motives, by the way; hers are just witch-goaded ambitions—is perfectly portrayed by Florence Pugh in Lady Macbeth. Pugh’s Katherine yawns in every room of the house before eventually disobeying the orders of her repulsive husband and father-in-law and winding up outside, where she meets Sebastian (Sergei in the Leskov), one of her husband’s laborers, and becomes infatuated with him.

But their relatively light-hearted meet-cute in the novella—a cook, “cursing playfully” is weighed in a flour tub by the farmhands; Katerina rescues her and demands to be weighed herself—becomes a brutal one in the film, in which a maid, Anna, is stripped naked and similarly weighed; she runs out crying and clutching her clothes. This scene, bizarrely, is still what attracts Katherine to Sebastian—an early indication of her darkness. He is simply interesting, and therefore sexy, despite the fact that he has just been terrorizing (and possibly preparing to rape, it’s unclear) another woman. In a house this boring, it seems, anything and anyone will do.

In the novella, Katerina’s father-in-law comes home and catches her and Sergei out. He tells Katerina that tomorrow her lover will be thrown in jail, and she’ll be whipped. But next thing we know, he is dispatched with in a single sentence that made me laugh out loud:

In the evening, Boris Timofeich ate a bit of kasha with mushrooms and got heartburn; then suddenly there was a pain in the pit of his stomach; he was seized with terrible vomiting, and towards morning he died, just as the rats died in his storehouses, Katerina Lvovna having always prepared a special food for them with her own hands, using a dangerous white powder entrusted to her keeping.

Again, Lady Macbeth dramatizes this scene admirably; intensifying it, making it better by making it worse for poor Anna. (Sidebar, because this is too good to not point out: who might have predicted that two buzzy films this season would include, as a major plot point, a woman poisoning a troublesome man with mushrooms?)

In both novella and film, Katerina/Katherine will commit more murders with an eye toward maintaining her love affair—and, perhaps in a nod to the original Shakespeare, to give her lover, Sergei/Sebastian, the status she believes he deserves. These murders will be so frank, their victims so deserving—apparently one theater in Toronto burst into applause at one of these deaths—that they will be funny, until they are suddenly not. We’re ready for this unfunniness, though—in the film, Katherine has all along been abusing her maid, Anna (who does not appear in the novella), particularly at moments when she might have been kind to her, which makes her character less a warrior against the patriarchy and more like a bored child with a magnifying glass—or a blowtorch.

Still, perhaps the Leskov text, and the film adaptation, have more to do with the Scottish play than it seems. There’s the amoral murderess who hopes to clear the way towards a higher rank for her beloved, and the underlying logic that the most efficient way to do this is by killing anyone and everyone in the way. That’s basically the gist—except for one major point. I don’t know if anyone remembers this, but in Macbeth, Lady Macbeth doesn’t actually kill anyone. Oh sure, it’s her idea. She goads her husband into the act, and mocks him for his “heart so white.” But it’s Macbeth who stabs Duncan, and who, later, kills the guards so they won’t talk, and who, even later, orders the deaths of his friend Banquo and Banquo’s son Fleance (though Fleance escapes) and also Macduff’s wife and son. The only literal blood on Lady Macbeth’s hands comes from setting the daggers in the hands of the sleeping guards and smearing them with the stuff to frame them—and whatever blood she gets on herself when she, much later, kills herself out of guilt.

And yet the impression of Lady Macbeth as a killer—as the true, worst villain of the play—is so intense that her name, as evidenced by this film, is enough to stand in for the iconic vision of the murderous wife. Indeed, in the novella, Katerina is nick-named “Lady Macbeth” specifically because she murders a series of men—but again, Lady Macbeth never did that. I wonder what makes us forget this (because several people I spoke to while thinking about this essay had forgotten it, and one even convinced me for a while that I was wrong, that Lady Macbeth had killed Duncan, and I had to go back and reread the play to make sure). She’s like Eve getting all the blame for original sin—oh sure, it was her idea, but Adam ate that apple too. Maybe it’s just that in our current patriarchy, the idea of the female murderer is so jarring that we can’t let go of it, even if it’s only murder by suggestion—a woman who convinces her husband to murder his king is even eviler (like, shouldn’t she be mothering somewhere?), and therefore more memorable, than the man who actually wields the blade.

So, we’ve arrived at the question of morality. Not surprisingly, neither Shakespeare nor Leskov lets his Lady Macbeth escape with her life. In Oldroyd’s vision, however, Katherine calls on her status—her privilege—to set her free. “Look like the innocent flower, but be the serpent under’t,” her namesake once counseled. Innocent flowers wear corsets; their simple denial is enough to convince anyone.

In a Q&A with Florence Pugh after the screening I attended, she admitted that she didn’t read the original novella. “That wasn’t because I couldn’t be bothered, that was because what Alice [Birch] did with the screenplay was already so perfected,” she said. “In the original, [Katherine] doesn’t end as strong as she does here. . . we weren’t doing that story.” Indeed, in Lady Macbeth Katherine ends much stronger than either of her predecessors—that is, alive and in command of a whole household—which is part of what makes the film so resonant, even long after viewing.

It seems like an outdated narrative convention, that any clearly immoral character—even one we (more-or-less) root for—should die in the end. And yet, the fact that she doesn’t—the fact that she wins—is deeply disturbing. Pugh doesn’t see her character as so deeply immoral, to be fair. “I saw a lot of women that I know in her,” she said in the Q&A. “Just her feistiness, her ability to say no and do whatever she wants, and so she was never something that was evil—she wasn’t a villain, or anything that wore a cape, she was just very human.”

But actually, it’s Katherine’s lack of humanity—her shrugging, blank amorality—that makes this film so disturbing, and so unusual (and so good). It doesn’t really work as a realistic portrayal of life—in real life, Katherine would be a rank psychopath. Here, we understand her in the mode of the original novella—as the anti-heroine of a black-as-night fairy tale, making up the rules as she goes along; only this time, the attendant moral lesson has been utterly excised. Katherine is the most evil Lady Macbeth of the three—the photocopying has fully blackened her face, and yes, her soul—and yet she’s the only one who survives. Perhaps times are changing. 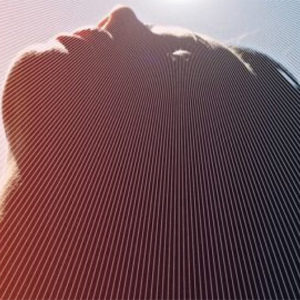