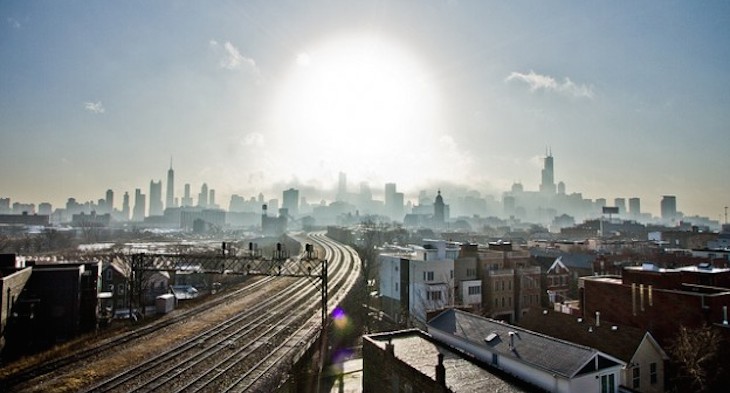 Charles Johnson on Rails Under My Back

The following essay appears as the introduction to the new edition of Jeffrey Renard Allen’s Rails Under My Back, available October 20th, from Graywolf.

The ear trieth words as the mouth tasted meat. Cause the whole language resembled the body of a trained athlete where every muscle, every sinew, is developed into full play.

Train, carry me. Train, bring me back.

Jeffery Renard Allen’s Rails Under My Back is a remarkable book, and what the author said of his second novel, Song of the Shank, in a 2014 interview could easily apply to this debut work of fiction:

The first thing I would want any reader to say about this novel is that “Jeff Allen gave everything he had when he wrote this book, every bit of himself, on every page, head and heart” because that is true. I really tried hard to get it right. Art may be the only form of perfection available to humans, and creating a work of art might be the only thing in life that we have full control over. So we might ask, How is great measured? Craft is certainly one thing. I also would like to think that certain works of art transform the artist.

As a writer of novels since 1974, and a teacher of the theory and practice of literary fiction for more than three decades, I am convinced that Jeff Allen has indeed given exhaustively of himself in the often-astonishing performance of this epic work.

Divided into 55 chapters organized in four sections, Rails is ostensibly a story about the lives of two black families. The “ground situation,” as John Barth might describe it, or premise, is the marriage of two brothers, Lucifer and John Jones, to two sisters, Sheila and Gracie McShan. Also portrayed are the lives of their children—Jesus, Porsha, and Hatch. These relationships form the basis for a family saga of multiple plots that twist and turn, geographically traverse Chicago, the South, and California, and explore questions of betrayal, abandonment, patricide, and the possibility of redemption, with a biblical interpretation adding a sacerdotal dimension to the story. By naming two of his characters Jesus and Lucifer, Allen invites the reader to consider them and their actions in terms of their archetypal namesakes, especially when, after a basketball game in the first section, “Seasonal Travel,” the character Freeze challenges Jesus by telling him that the man who is his father (supposedly) “stole a bird from me,” then adds that Jesus “know what I need you to do.”

Memorable works of fiction often have what I call a “magnet character.” This is the performer in the dramatis personae who sets things in motion, stirs things up, and draws our attention (like a magnet) whenever he or she steps onto the stage of the story. For example, in Moby-Dick, that person is, obviously, Ahab. In my novel Dreamer, it is, alternately, Chaym Smith and Martin Luther King Jr. And in Rails, the magnet character is seventeen-year-old Jesus, an alienated and nihilistic young man—who commingles traits of both satanic and savior figures—dressed in red with hair that resembles his uncle Lucifer’s “red widow’s peak, a blade so sharp it would surely wound.”

As many reviewers have observed, the story in Rails is a nonlinear, mosaic-like puzzle that Allen wants his readers to assemble. In fact, in an email to Pamela R. Fletcher, who would publish a useful examination of this novel titled “Postmodern Literary Madness: A Study of Style and Technique in Jeffery Renard Allen’s Rails Under My Back” (International Journal of Humanities and Social Science, June 2011), he wrote, “I wanted the book to move in many directions at once, backwards and forwards in time, sideways and up and down. This means that the various themes would get played out across narratives and through various characters, through parallel and counterpoint, riffs and set pieces.” He also explained to Fletcher how “the primary mysteries of the novel are never truly resolved but remain at the novel’s end.”

Whether Jeff Allen is primarily influenced by James Joyce, William Faulkner, or Ralph Ellison is something I’ll let other literary scholars decide, because one obvious fact overrides the question of literary pedigree: Jeff Allen is, first and foremost, an incredibly gifted poet. And when I say “poet” what I mean is that he is sensitive to the inexhaustible ways language can operate in a text, and how a novel is capacious enough to contain many forms. For this reason, you must read Rails Under My Back, a work eight years in the writing, slowly. You must savor and reflect upon every evocative sentence (and read some of them two or three times) as you would highly compressed poetry, for the density of Allen’s figurative language (language that “resembled the body of a trained athlete where every muscle, every sinew, is developed into full play”) is a literary world away from the typical garden variety novel that offers de-totalized, minimalistic, and utilitarian prose. The sometimes-elliptical language that bodies forth Allen’s characters is as much a performer as the characters themselves. It’s worth taking a moment to parse a characteristic passage to unlock the logic of composition in Allen’s prose. Here is a passage that appears early in the novel as Jesus takes a ride with No Face the Thief:

You the man, No Face said from the back seat.

The words, like the vibration of a silver wire, sent a glow of light into Jesus’s heart. Oh yeah?

No Face pinched the Buddha’s unlit end and offered it to Jesus. Jesus took the hot end between thumb and forefinger and watched No Face in the rearview mirror. The dark magnified every detail. Jesus didn’t look anything like No Face the Thief and was proud of it. No Face resembled a baited fish someone had snatched from the line and thrown back into the water. Short dreads like dynamite fuses. Face a ravaged landscape of dark hollows, craters and caves where the flesh had collapsed in on the bone. A checker-thick black eye patch. Word, nigga poured acid into his eyes to win a bet. A nappy mustache, round nose booger. Uneven brown teeth deep in his gums, ancient ruins. He tried to move near you when you spoke. You’d move and he’d move closer. You’d move again and so would he. Jesus trained his eyes back on the road. Hungry feelers, headlights searched the night. He took a long and slow suck on the Buddha; red warmth spread through his body; the streetlights brightened, then gleamed in full glory.

No physical object is ever neutral in this novel; each image is “charged” with a sudden radiance. Here and throughout the novel, Allen deploys vivid, often startling metaphors and similes, metonymy, and synecdoche to transform the ordinary lives of black men and women, and the landscapes across which they move, into something extraordinary and epiphanic, thus restoring—as poets often do—an element of mystery and a feel of the uncanny to their world. He wants to liberate our perceptions with every page, to let us see the urban and Southern landscapes of his characters with unsealed vision. In the lines above, a form of internal monologue, which is recognizable as a limited form of stream of consciousness because it is italicized (Word, nigga poured acid into his eyes to win a bet) brings the reader into such intimacy with the character Jesus that the third-person narration easily morphs into the second-person “you.” Allen eschews quotation marks for dialogue, a Joycean decision that creates a dream-like blurring of spoken speech and narrative description. His prose overflows with sentence fragments. He cuts from one scene to another—moving “in many directions at once, backwards and forwards in time, sideways and up and down”—without a narrative bridge, as films do. Allen’s contract with readers of Rails demands that the reader work hard (because he is working hard with every sentence, as John Edgar Wideman once said of his work, giving “every bit of himself, on every page, head and heart”), to take a moment to figure out on their own (as a journalist or detective would) the who, what, why, when, how, and where as the drama unfolds.

A patient reader is usually rewarded with answers for the questions his story raises. It is important to add that Allen’s ear for the uniqueness of black voices, in the South or a Midwestern city (he fired up a square), and their hilarity (I don’t know but I been told, Artic pussy mighty cold), is the most finely tuned that I have encountered in years, and recalls the exuberance of black speech in Ralph Ellison’s Invisible Man: “So Khaki Two was Keylo, legend in the flesh. Word, drove an old red ambulance with a bed (stretcher?) in the back. His ho buggy he called it. Say he never changed the sheets.” As someone raised in the Chicago area, I marvel at the way Allen has captured the riffing and signifying black male patois I heard all around me in Evanston when I was growing up in the 1950s and 60s. In his hands, language can range from Hatch busting a rhyme . . .

This is Genuine Draft

Master of all sorts of darts and arts and crafts

To John cracking up his Sunday school class with bawdy irreverence . . .

John, what did you say? Just singin, Miss McShan. He lyin, Lucifer said.

Both of you quit. Let us sing.

Raise me up Take me higher.

Lift me out of the fire

Raise me to higher ground So I can see

–And my dick don’t get too tight to pee.

John, what did you say?

Her first city winter. Snow. Pretty when it first fell. White and clean enough to eat, then later, gray and muddy with footprints or tire tracks. Snow coating the windows of cars, but the apartment windows heated from the warmth pulsing inside, free of frost, an occasional collar of snow on a ledge. . . And cars making that washing sound you hear in rain or snow, beneath the motor’s hum the sound of water spilled from a pail. Then the first killing frost. The frozen steel of subway and apartment pipes. The asthmatic breathing of the radiator.

Everywhere in this rich world Jeff Allen has created we find “distance-seeking trains” and “the complicated network of trains and lines: subway and Elevated, A train and B train, express and local, rush hour, the Englewood line, Howard line, Jackson Park line, Evanston line, Ravenswood line. On and on.” Like the Chicago subway so important at the beginning of Richard Wright’s The Outsider, these ubiquitous rails in Allen’s story are, at least on one level, a metaphor for modernity, perhaps for black America at mid-20th-century, a trope for escape, travel, transitions, and the means for black migrations. They appear as “a fleeting locomotive,” on boys as “the skinny rails of their legs,” and significantly in Hatch’s reflections: “he’d read that humans have lead in their bloodstream, had believed the tracks might snatch him—call him, a steel mother commanding the child inside after a day of play—like a magnet. Now he knew, the speed, the momentum could suck you up.”

The mysteries and majestic language in Rails Under My Back will, I believe, “suck you up.” And this novel will answer the question “How is great measured?” with every page of its unique literary performance.

Dr. Charles Johnson is a novelist, essayist, literary scholar, philosopher, cartoonist, short story writer, a MacArthur fellow, winner of the 1990 National Book Award for his novel Middle Passage, and recipient of an American Academy of Arts and Letters Award for Literature. 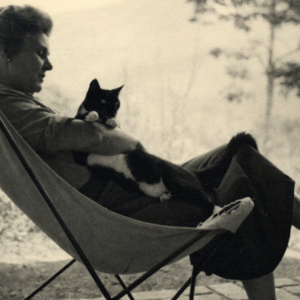 Jeanette Winterson on writing a cover version of Shakespeare’s The Winter’s Tale. | Literary Hub The scramble...
© LitHub
Back to top