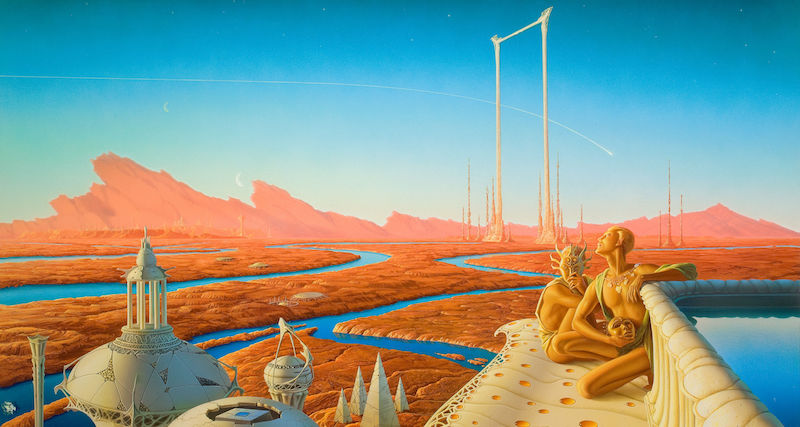 In the beginning there was no Ray Bradbury. I had no need for the man, because I had his words. I was 14 years old, and I was deep into his world. The Illustrated Man. The Martian Chronicles. The October Country. At that time I probably couldn’t have told you why I liked his books; I just did. I can’t even really explain it now, but I read them and they prompted me to start writing down my own words. My high school English teacher gave me permission to ignore lessons so I could just write. He was validating my creative instincts, but Ray Bradbury had validated me first.

Now I think of Ray Bradbury the man, and I often think of pizza in a cardboard box. The first time I ever saw his face, he was eating a take–out pizza. There were probably four hundred other people there in the room at Chatsworth High School in the San Fernando Valley. I was in my 30s, and we were all watching Ray Bradbury eat his pizza. It didn’t bother anyone that he didn’t o er to share, which would have been silly because of the size of the crowd. He apologized for having the pie brought in at the end of his speech, but he had given it his all and he was hot and tired and he needed fuel. He wasn’t going to take it in the back room because he knew we all wanted his autograph. Four hundred peo- ple, including me, waited in line patiently to get something signed and to perhaps exchange a few personal words with the man who had us under his spell: most of us long before that day. He had told us about his life, about the many things he loved, his ups and downs, his adventures, about space, writing, movies, war, fear, comedy, love, death, horror, ecstasy; he seemed to be relishing the whole thing, and so it was so satisfying for us to see him, of course, loving his pizza.

I heard him speak again a couple of years later, and one time I even got to interview him on the telephone for the LA Weekly—a milestone for me. But the words in his books still caress with love. The words are not all happy, but they are all beamed out from a heart hopelessly in love. They can be dark yet they whisper sweet, sweet love. Ray Bradbury loved you. He loved the whole damn thing, from the most distant burning star to your silly haircut. It’s a Jacques Tati love, a Yoko Ono love, an Alfred Hitchcock kind of love. It’s not fiction. It’s a human who said yes to life itself, yes, yes, yes. Ray Bradbury validated not only humanity, but every molecule in this exploding soup of a universe. This is the spirit that haunts his words, the spirit that shines through on every page of this fascinating book of interviews.

I made a record called The Cult of Ray, which has a song on it called “The Cult of Ray.” The rhyme can be called weak, but I think it expresses my feelings about him.

What is there to say?
Still I can’t be silent
Hear the Cult Of Ray
And you’ll be enlightened

This foreword by Black Francis appears in Sam Weller’s interview book companion to his authorized biography of Ray Bradbury, Listen to the Echoes: The Ray Bradbury Interviews, from Hat & Beard Press.

Black Francis is the lead singer of the rock and roll band The Pixies.

A Stroke Made My Mother a Poet, I Merely Transcribed

Philip Pullman: I'm Quite Against a Sentimental Vision of Childhood 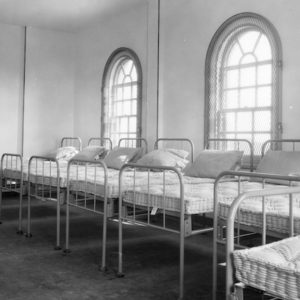 A Stroke Made My Mother a Poet, I Merely Transcribed

“Her mother finally managed to have the stroke she had been readying herself for all her life,” Philip Roth writes in My Life...
© LitHub
Back to top