Beverly Gologorsky on the Turmoil of the Late 1960s

Novelist Beverly Gologorsky joins Jacke for a discussion of the tumultuous years from 1967 to 1971, which provides the background for her new novel. In Can You See the Wind?, a working-class family in the Bronx struggles to make a better world, even as the world spins into chaos. Columbia professor (and friend of the podcast) Farah Jasmine Griffin says “Beverly Gologorsky brings a clarity of vision and purpose to this extraordinary novel—a story about the complexities and love that both bring families, lovers and comrades together and tears them apart. Can You See the Wind? renders the urgency of political movements as well as moments of individual contemplation. That she does so in breathtaking prose is a testament to her brilliance and artistry.”

Beverly Gologorsky is the author of the acclaimed novel The Things We Do to Make It Home, which was named a New York Times Notable Book, a Los Angeles Times Best Fiction book, and a finalist for the Barnes and Noble Discover Great Writers Award. Her work has appeared in many anthologies and magazines, including the New York Times, Newsweek, and the Nation. A former editor of two political journals, Viet-Report and Leviathan, Gologorsky has contributed to Feminists Who Changed America, Patriots: The Vietnam War Remembered From All Sides, and The Friend Who Got Away: Twenty Women’s True-Life Tales of Friendships That Blew Up, Burned Out or Faded Away. She lives in New York and Maine.

On Assault, Memoir, Justice, and Time: A Conversation with Stephen Mills and Lacy Crawford

How Big-Tech Barons Smash Innovation (and How to Fight Back) 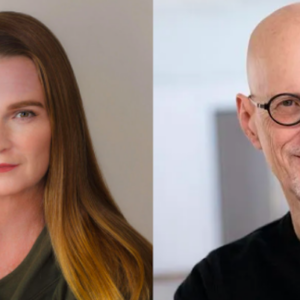 On Assault, Memoir, Justice, and Time: A Conversation with Stephen Mills and Lacy Crawford

This conversation discusses sexual assault and childhood sexual abuse, which experiences sit near the hearts of our memoirs. * After...
© LitHub
Back to top