TODAY: In 1943, Michael Ondaatje, author of the longest movie ever made, is born.

The Suicide of Claire Bishop 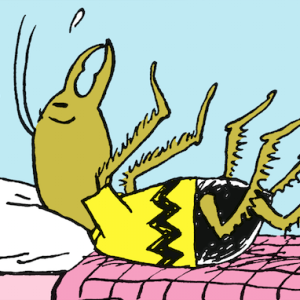 This year marks the 100th anniversary of the publication of Franz Kafka's The Metamorphosis. An opportune time, then, to revisit...
© LitHub
Back to top