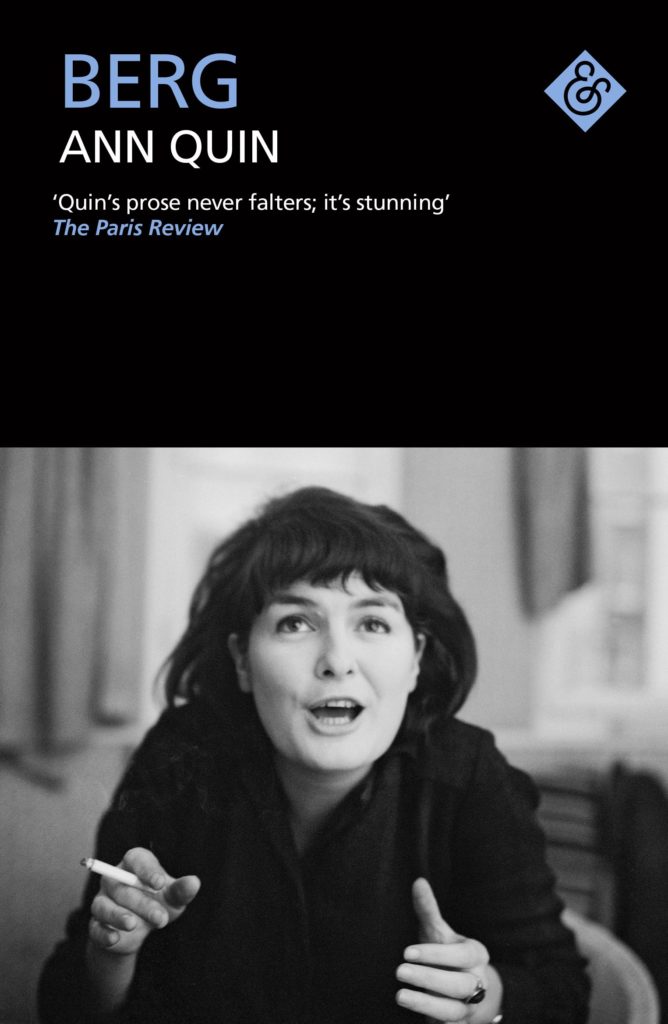 The following is from Ann Quin's novel Berg, originally published in 1964. A man called Berg, who changes his name to Greb, comes to a seaside town intending to kill his father. Ann Quin was prominent amongst a group of British experimental writers of the 1960s, which included BS Johnson. Prior to her death in 1973, she published four novels: Berg (1964), Three (1966), Passages (1969) and Tripticks (1972).

Through a gap in the curtain, made by one stained finger, and if parted wide enough for a spider to slide through, Berg could watch the illuminated palace across the road lighting up the solid Victorian blocks, surrounded by parked vehicles. On the right a triangular patch of churchyard; perhaps that’s what accounted for the burnt smell that invaded his room every night, if some paper was stuffed in the cracks, and he remembered to close the window, then the smell might be kept out. He pulled the window right down, and remained gloating over the couples that entered the dance hall. Once he had ventured across, and brought back a giggling piece of fluff, that flapped and flustered, until he was incapable, apologetic, a dry fig held by sticky hands. Well I must say you’re a fine one, bringing me all the way up here, what do you want then, here are you blubbering, oh go back to Mum. Lor’ wait until I tell them all what I got tonight, laugh, they’ll die. Longing to be castrated; shaving pubic hairs. Like playing with a doll, rising out of the bath, a pink jujube, a lighthouse, outside the rocks rose in body, later forming into maggots that invaded the long nights, crawled out of sealed walls, and tumbled between the creases in the sheets. Beyond this a faint recollection of a grizzled face peering over, being lowered, on string, to kiss—but no surely to smother you? Edith calling, stifled giggles with Doreen; wanting desperately to go somewhere, how it had come, a shower of golden rain over her new scarlet dress. Later Uncle Billy, home on leave, drunk, drenched with sweat and tobacco smells, drawing you over his knees; kissing taboo, you just confirmed, it’s dirty, not the thing to do, leads to other things. Like photos of nudes, Nicky and Bert kept pasted in their scripture books, relieving the laceration of Miss Hill’s vagina; spinsterhood personified, with her sadistic fascination for boys’ backsides. Alistair Berg come here, bend over please.

Darkness, radio on. Inside something stirred—a child murmuring in its sleep. A moth bumped against the wall, the door, the light. Berg’s fingers strayed, lingered on the switch. The moth sizzled against the bulb, now wingless fell. The stairs creaked, could it be the old man, by himself? Berg switched the light off, and opened the door a little. Striking a match he waited, unaware that the flame licked his hand. A movement nearby, followed by a woman’s voice. Soon Judith appeared, groping her way along by the landing walls. Berg heard the jingle of keys, the sound of their door being opened, closed.

She was, without doubt, a good deal younger than his father, attractive, he supposed, in the artificial style, and who would wish to go beyond the surface in a woman anyway? But what did she see in the old man, certainly not the lure of money, to all intents and purposes he seemed to be living on and off her. A form of mutual perversion? But their sex life hardly concerned him, not at the moment anyway; let the interpretation of their relationship remain in the abstract.

He must present himself one evening, suggest a drink, which would certainly be taken up by his father; every night the old man stumbled up the stairs, followed by raised voices for half an hour or more, then the creaking of their bed the other side for hours, literally hours, while he buried himself under the blankets.

He yawned, stretched; the music distracted, he went to the window. A microscopic eye upon a never-changing scene, except perhaps the weather. Youths nonchalantly leaned from the windows, behind them twisting shapes of couples could be seen, and as from an umbilical cord Berg strung himself through their weaving arms and legs. An eye, then two, stared across. He pulled the curtains, and leaned against the wall, choking over a cigarette. Gradually he calmed down, and pushed his face against the window. Another eye gazed as through a telescope, held his own, then fell. He faced the room. Why get into such a state, just because someone had seen him, surely there was nothing to fear, nothing to be ashamed of? He drew back the curtains, the lights swirled in and round every available object, frantically searching for something, heard of perhaps, but never allowed to see. Berg remained in one beam of light, trying hard not to expose the internal rustle, or lay bare the final draft: abide by the rules and regulations of your chosen part; surrendered, sealed. Full signature here please ALISTAIR CHARLES HUMPHREY BERG, born third of the third, nineteen hundred and thirty-one. Father’s profession: gentleman of unknown origins, scoundrel of the first order. Mother: lady of unequalled measure, mother of genius . . .

Excerpted from Berg. Used with permission of And Other Stories. Copyright © 2019 by Ann Quin.

The Pieces I Am: An intimate retrospective of Toni Morrison's trailblazing career

Vandana Singh on How Physics and Fiction Inform Each Other 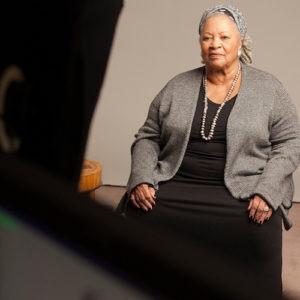 The Pieces I Am: An intimate retrospective of Toni Morrison's trailblazing career There is something about Toni Morrison, beyond the force of her wit and prose, that keeps me in check and straightens my back...
© LitHub
Back to top