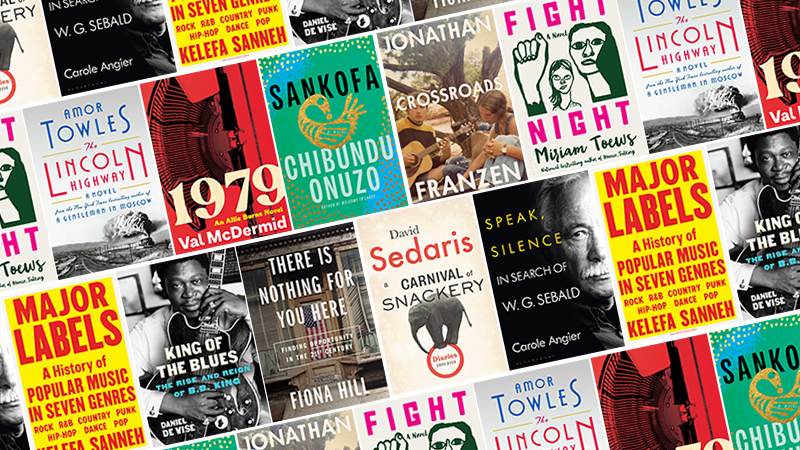 Behold… The Best Reviewed Books of the Week!

Jonathan Franzen’s Crossroads, Miriam Toews’ Fight Night, Amor Towles’ The Lincoln Highway, David Sedaris’ A Carnival of Snackery, and more all feature among the best reviewed books of the week.

“[A] mellow, marzipan-hued ’70s-era heartbreaker. Crossroads is warmer than anything he’s yet written, wider in its human sympathies, weightier of image and intellect. If I missed some of the acid of his earlier novels, well, this one has powerful compensations … Franzen patiently clears space for the slow rise and fall of character, for the chiming of his themes and for a freight of events — a car wreck, rape, suicide attempts, adultery, drug deals, arson — that arrive only slowly, as if revealed in sunlight creeping steadily across a lawn … Franzen threads these stories, and their tributaries, so adeptly and so calmly that at moments he can seem to be on high-altitude, nearly Updikean autopilot. The character who cracks this novel fully open — she’s one of the glorious characters in recent American fiction — is Marion, Russ’s wife … The Franzen-shaped hole in our reading lives is like a bog that floods at roughly eight-year intervals. This time that bog is shot through with intimations of light.”

“… brilliant … she triumphs over a tough assignment: to write an entire novel in the voice of a child … Toews gives Swiv a voice that is sophisticated, childlike and utterly believable … The novel features a supporting cast of men that allows Toews to comment on examples of the patriarchy at work … This material could have been strident, but the wonder of Fight Night is that it’s a warmhearted and inventive portrait of women who have learned to fight against adversity.”

“… gorgeously crafted … The Lincoln Highway deftly shifts between first- and third-person narration … Towles binds the novel with compassion and scrupulous detail: his America brims with outcasts scrambling over scraps from the Emerald City, con artists behind the curtain, the innocents they exploit … Examining the dynamics of race, class and gender, Towles draws a line between the social maladies of then and now, connecting the yearnings of his characters with our own volatile era. He does it with stylish, sophisticated storytelling. There’s no need for fancy narrative tricks … The Lincoln Highway…is a long and winding road, but one Towles’s motley crew navigates with brains, heart and courage. The novel embraces the contradictions of our character with a skillful hand, guiding the reader forward with ‘a sensation of floating—like one who’s being carried down a wide river on a warm summer day.'”

“[A] remarkably vivid picture of the tabloid newsprint culture of 40 years ago … McDermid can do edge-of-seat suspense better than most novelists. But what really lingers in the mind is the world she has created in 1979, long before the internet and the end of the Cold War. Among other things, she reminds us how much newspapers mattered in those days … enjoy this excellent opener to what promises to be an outstanding series.”

“Part of the novel’s delight lies in Onuzo’s paralleling of stories: Francis Aggrey’s political coming-of-age, documented through excerpts from his journal, runs alongside Anna’s own transformation from suburban housewife to global citizen, growing ever more aware of the murky ethics of power along the way. The novel, named for a mythical bird that flies forward while facing backward, explores the possibilities and limits of evaluating one’s life choices retroactively … With her anagrammatic take on the experience of the African diaspora, Onuzo’s sneakily breezy, highly entertaining novel leaves the reader rethinking familiar narratives of colonization, inheritance and liberation.”

“What he does in his exquisitely crafted essays is reconstruct his life as a funny story, the kind you’d hear at a dinner party if you were very lucky in your friendships … When Sedaris’s first volume of diary entries came out, I was curious to peek behind the curtain of his prose. It turned out, the diaries…are as clear, direct and funny as his essays … Sedaris’ essays have a strength: They exist for a reason — namely, to describe and preserve his family. His family is the deciding factor that makes him a warm and funny writer to the core, and not a lonely, abstract one … The entries in A Carnival of Snackery focus on small things, the kind of thing Sedaris notices … What sets Sedaris’s diaries apart from his essay collections is not that they’re more intimate (more wouldn’t be possible) or that they show a different aspect of the author or his life, but that the collections themselves are longer. Time passes … To portray the passage of time is, I think, the great artistic advantage of a thick novel or a long memoir. It’s large-scale art: architecture rather than sculpture, grand painting rather than doodle. The problem with a big, structural work of art is that the small parts often atrophy and drift away. Someone like Sedaris, who has such a gift for illuminating small things, would normally have no business crafting an edifice. But the beauty of a diary is that it doesn’t need to be crafted. It just grows on its own, while the diarist concentrates on the human-scale (or even microscopic) things that interest him.” 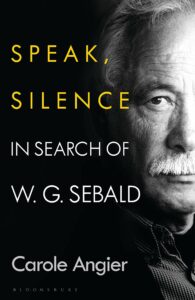 “Mr. Sanneh, a staff writer for the New Yorker, gets high marks both for his encyclopedic knowledge and his breadth of taste. He also writes like an angel, making Major Labels one of the best books of its kind in decades … Mr. Sanneh is rightly skeptical of art that operates within a deliberately ‘cramped range’ that limits its ability to be ‘rowdy and messy.’ This sentiment is as close as this remarkably judgment-free writer comes to an overall aesthetic principle: that the only thing music has to do is be exciting … His book succeeds for many reasons, one of which is that each encyclopedic chapter is divided into 10 or a dozen sections, each with its own subtitle: Bite-size chunks, as it were, are the only workable format for this feast. Mr. Sanneh also has a gift for zingers.”

=4. King of the Blues: The Rise and Reign of B.B. King by Daniel de Visé
(Grove Press)

=4. There Is Nothing for You Here: Finding Opportunity in the 21st Century by Fiona Hill
(Mariner)

“[A] valuable and riveting historic document … Hill’s personal, professional and political lives form a coherent whole so that each part illuminates the other … For the British reader, Hill’s memoir makes for sobering, sometimes shaming, reading. Without self-pity, she makes it very clear that her background imposed huge disadvantages on her … The last part of her book is a passionate argument for the removal of the structural disadvantages that hold back the poor in Britain and the US … a memoir that will give pleasure to readers today—and will be an important document for historians of the future.” 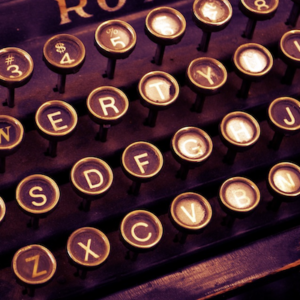 The following is excerpted from Wisława Szymborska’s How to Start Writing (and When to Stop) and first appeared in Lit Hub’s...
© LitHub
Back to top
Loading Comments...