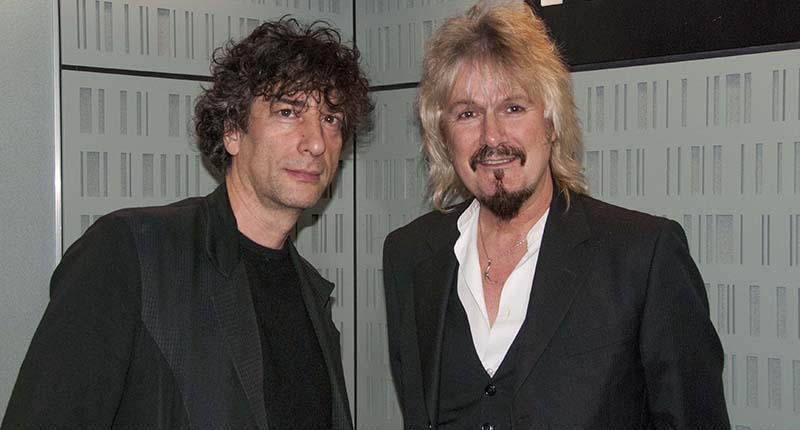 Behind the Mic: In Conversation with Sandman Producer Dirk Maggs

Get All the Details on Making Spectacular Audio Theater

On today’s bonus episode of Behind the Mic, we’re featuring a conversation between host Jo Reed and Dirk Maggs. If you love audio theater, then you know the work of Dirk Maggs. As a producer, director, and writer, his productions immerse listeners in the worlds that he creates. In a career spanning 30 years, he’s won many national and international awards. Dirk first made a name for himself turning DC comics into audio productions, and when Douglas Adams heard those adaptations, he pulled Dirk in to bring his Hitchikers’ Guide to the Galaxy series back to audio. Dirk has also had a longtime collaboration with Neil Gaiman, which most recently has resulted in an audio adaptation of The Sandman, Gaiman’s beloved classic comic book series.

Listen in as they discuss his decades of work bringing audio dramas to life.

Jo Reed: I’m curious, when you go into the studio, for example, and let’s talk about Sandman specifically, do you have a sense of how the narration should sound to you? Are you hearing it already in your head? Do you know what you want from each actor? I guess that’s a long-winded way of saying—

Dirk Maggs: Do I prepare?

Jo Reed: No. No, I’m sure you do prepare, but how much do you leave open for the actor?

Dirk Maggs: That’s a good question, Jo. The challenge of making Sandman was, I knew exactly what I wanted to do with it, but I was also very aware that this is a much loved, much cherished piece of work. One of the biggest issues with The Sandman is, it’s been in existence for over thirty years now. People know what they want to hear from it. And I realized quite early on that if I was going to be clever and try and reinvent the wheel, I would be in an “if it ain’t broke, don’t fix it” situation.

But the thing about Sandman was, I don’t think audio, as a medium, need feel inferior to any other medium, because I believe that our medium works just like movies and TV do. The only difference is that the stimulation bypasses the optic nerve. It doesn’t go in through the front door. It sneaks in through the side doors and then it creates the image on your cerebral cortex. Between your ears is the single greatest imaging chip in the computer world, which is the human brain. Your brain will create visions from what you hear. Some people, there are conditions where people don’t have this, but most people have this, which is really what we rely upon in the audio business to tell our stories. You visualize from what you hear.

Jo Reed: OK, so let’s bring it back to Sandman.

Dirk Maggs: So I was ready to go with an adaptation of Sandman, and I knew this wouldn’t be so much an audio dramatization. It would be an audiobook sort of riding on a dramatization, because we would need to find a way to stick very close to the original. I felt that that was the plow to furrow, because then Neil, as exec. producer with me on this, we could then concentrate and make this as quintessentially Sandman as we could.

Jo Reed: Well that’s easier said than done. How did you go about making this happen?

Dirk Maggs: I immediately gave up any thought of updating it, making it present day, introducing cell phones or the internet or all of this. It had to stay set in the late 80s, early 90s. It had to be something with Neil’s authentic voice in it, and that was the real revelation, because I said to Neil, “The only way I can think of doing this is to see your original scripts, the scripts you wrote for the artists and Todd Klein, who was doing the lettering, and the inkers and the colorists. Those will have the descriptions of what you wanted to see, and if I blend those descriptions with what you actually see in the comics, we will end up with something which will be as quintessentially Sandman as you can get. Then if somebody wants to pick the comic book up and look at it alongside, there will be a fair degree of correlation.”

So Neil dug out from these ancient hard drives, and I think the first one I got was episode three. I think one and two have disappeared into the ether. I was looking at it, and as soon as I opened this thing, I’m with Neil, I’m standing at his shoulder while he’s writing this in 1987, and he goes into what this episode’s going to be about and the general feel of it. And then he starts describing the panels. Then something wonderful happens: This stuff I’m reading, these descriptions of what he’s seeing in his mind’s eye, its poetry. It’s like Dylan Thomas. Suddenly, I can see exactly what this needs to be. This needs to be Neil. He’d already asked if he could narrate and I said, “Well, of course. Of course, my dear.” But when I saw this, I thought oh, this is it. This is the motherlode, and that was one of the best parts of the job for me.

Jo Reed: He’s a wonderful narrator. He has just such a beautiful voice and intonation. And he can lead you into some dark places, as he does in the book, without being threatening.

Dirk Maggs: Yes. Neil has a very particular way of reading. If you hear one of Neil’s books read by the author, he has a distinct style. He has a rhythm and he has a way of massaging a sentence which keeps you interested to the very end. Neil reading this stuff, and with the action playing underneath, with the wonderful cast we had and with, you know, I’ve brought every inch of sound designing experience I’ve had over the last 40 years into the sound design. And then James Hannigan’s music, which adds a whole new layer of magic to the thing. When it’s all mixed together, you’re transported, and you’re in this guy’s head. It was so wonderful. About 10pm one night, three or four months ago, while I was doing post-production, I emailed Neil and I said, “Do you know how good you were when you wrote this stuff?” I didn’t expect an answer, but almost immediately came back, Neil saying, “Yes, but I don’t remember doing it. I’m not the person who wrote this. He’s a different person to me.” And I thought, what an interesting answer, because this young man, who’s what?

Neil wasn’t yet 30 when he started Sandman. He was a library brat. He brought himself up just devouring books, and all of it is in The Sandman. He’s got the poetry. He’s got the knowledge. He’s got all this eclectic stuff that’s just gathered in his brain. It’s just falling out on the page. It’s magical, absolutely magical. It was magical to do it. Some jobs, you know, in the end it’s a job of work, and some jobs are hard work. You think, gosh, I really could have picked a less onerous duty here. But this was a joy, from start to finish.

Support for Behind the Mic comes from Dreamscape Media, your library-first publisher who prides themselves on offering high-quality and accessible entertainment for the entire family. Dreamscape is passionate about their content and continually strives for excellence. 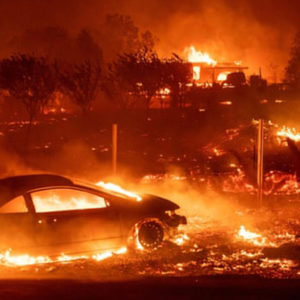