Behind One of the Most Famous Faces in Art

I write historical fiction based on the lives of real people and put women at the center of those stories. These are women who have been marginalized by history or whose triumphs and tragedies have been forgotten by today’s readers. In my work, I’m inspired as much by Lily King and Paula McClain as by Nathaniel Hawthorne and William Shakespeare, who also wrote fiction based on history and the people who lived it.

My new novel Stolen Beauty gives voice to one of the most recognized women in art: Adele Bloch-Bauer. Like Helen, the face that launched a thousand ships, Adele’s beauty is associated with war, love, and envy. The story encompasses the height of Jewish Vienna, the depths of Hitler’s depravity, the beginning of modern Expressionism, the struggle of an elderly woman to reclaim her rightful legacy, and a 2004 US Supreme Court case that made headlines on both sides of the Atlantic. Adele’s tale—interwoven with that of her niece Maria—is as much about creativity and self-discovery as it is about the search for identity and the preservation of a history that might otherwise have been destroyed, forgotten, and lost.

Adele Bloch-Bauer was a wealthy Jewish patron of the arts in turn-of-the-century Vienna—and the only woman to have her portrait painted twice by Klimt. Like other feminist heroines featured in historical fiction, Adele was a brilliant young woman who struggled against the limitations put upon her by societal restrictions and gender roles. Thwarted in her desire to attend university, she married young and became a salon leader, muse, and eventually, a socialist activist. Imagining her private struggles gave me ample opportunity to wonder what I would have done had I been born in similar times, faced with similar challenges.

My great-grandmother, in fact, was. Creative, energetic and self-determined, Regina was born seven years after Adele, under the same emperor: Adele in Vienna in 1881, Regina in Budapest in 1888.

Regina was a small woman, but she was fierce and never at rest. “She’s smart as a whip,” my mother told me when I was a girl. “Nothing gets by her, nobody takes advantage of her.”

Adele was the spirited daughter of a banker who had been honored by Emperor Franz Josef, the monarch who led the Hapsburg Empire for more than 50 years. Regina was the spirited daughter of jewelers who served the Hapsburg’s royal city in Hungary. Her brothers, also jewelers, brought her to America around 1904, about the same time that Adele was getting to know Gustav Klimt as a friend, muse, and, most likely, as a lover.

Regina’s brothers made her a nanny to their children. They told her to change her name to Alice, presumably to Americanize her. They assumed she would obey the men in her family, marry within her religion, repress her personal desires, and stay in her place. Adele’s father expected her to marry and take her rightful place as a daughter, wife, and mother in his distinguished lineage. Adele did not cooperate. Neither did Regina.

With her pale red hair and bright blue eyes, Regina walked proudly through her Long Island sea town, where the Italian barber who would become her husband spotted her. My great grandfather, Genarro, was short, handsome, and Catholic. He watched her walk by his family barbershop and was smitten.

Regina’s Hungarian Jewish family disowned her when the young couple married. She set up her own home and seamstress business, planted a garden, and started a family. Although my great-grandparents were poor, somehow Regina had her portrait painted as a young woman dressed in a corseted, dark blue jacket. I spent my childhood looking at Regina’s portrait hanging over her living room couch, just as Maria Altmann must have spent her childhood looking at the portrait of her wealthy aunt Adele. I learned that Regina was born Jewish only a few years before she died: She had kept this important detail of her life secreted away from us, just like the painful separation she’d endured when her family disowned her, which she surely must have felt but never discussed.

My great-grandmother did not reminisce with me about her childhood. Instead, she showed me scraps of cloth she was working into quilts and bits of white bric-a-brac she used to stitch the edges of pretty aprons that she starched, pressed, and gave as gifts to friends and family. If my mother was busy, it was my great-grandmother who sat with my sisters and me when we were learning to loop long pieces of fabric from hook to hook, making potholders that she treasured.

After Regina died, the portrait that hung over her couch was sold along with the house and its contents, never to be seen again. Her story and its vestiges were gone. All I knew was what I’d imagined or coaxed out of my father and mother before they, too, passed away. The Nazis stole Adele’s portrait in 1938. Klimt’s golden representation of a cruelly dismantled and nearly obliterated way of life was secreted away, and Adele’s name was erased from the portrait’s history.

When I began piecing together the intergenerational story about Adele Bloch-Bauer, Maria Altmann, and the artistry and heroism that bound them together, I had to thread together fragments of history, letters, and memories that I collected and salvaged—much the way my great-grandmother’s story had come to me in pieces over the years.

I immersed myself in the physical details of Adele’s days—dark boiled coffee, cigarettes before breakfast, morning art reviews and erudite evening salons—and recreated the private woman by lifting the curtain of her social and family obligations to understand the struggles hidden in her most intimate thoughts and private moments.

For Adele, these private struggles were about education, autonomy, independence, and her sexual and social awakening. Many of her deepest longings and desires, from reading philosophy to experiencing sensual satisfaction, were fulfilled in secret.

That my fictional heroine and my great-grandmother both had secrets, that those secrets were borne of desire and obstacle and of love and limitations, helped me to understand them more deeply as I worked. I could easily imagine my great grandmother as a young woman who had to contend with great sacrifice and loss in order to follow her heart, make a new life, and forge her own identity. By imagining Regina’s loss and longing—attaching her fierce struggle and determination to my own family member—I made the turn-of-the-century feminist fight for self-determination tangible and personal.

Just as the personal connections a story evokes for the reader hold its heart and power, so it was for me as the writer. As I learned about Adele’s fierce resistance to the limits her father put upon her education and her personal freedoms, I remembered my great-grandmother and the obstacles she’d faced. Learning about Adele’s life allowed me to imagine Regina’s more deeply. These struggles were different for each woman, but they were united and bound by the time and place in which they came of age. I understood that both were born into a society that was stratified and status-obsessed, even as it elevated the arts and its Jewish members to cultural heights previously unimaginable. I understood the extent to which their social norms confined women to conscripted roles.

Once I’d pieced together the parallels of Adele and Regina’s lives, it became impossible not to consider what I knew or learned about one woman in respect to the other. Adele’s father refused her an education, just as Regina’s brothers refused to accept the man she chose to marry. In order to put on one identity, Regina had to surrender her past and her childhood. But her roots and her story aren’t lost completely. As much as possible, I have stitched their lives together with the fabric of other, similar lives and from the collective memory of a lost world. When I look at the portrait of Adele now, I see Regina in the shadows of gold glimmering behind her, and I feel that I have found a way back to the place where her story—and mine—began.

Laurie Lico Albanese has published fiction, poetry, journalism, travel writing, creative nonfiction, and memoir. Her books include Blue Suburbia: Almost a Memoir, Lynelle by the Sea, and The Miracles of Prato, co-written with art historian Laura Morowitz. Laurie is married to a publishing executive and is the mother of two children. To learn more visit her at LaurieLicoAlbanese.com. 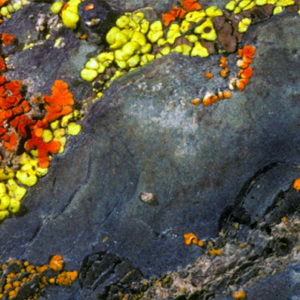