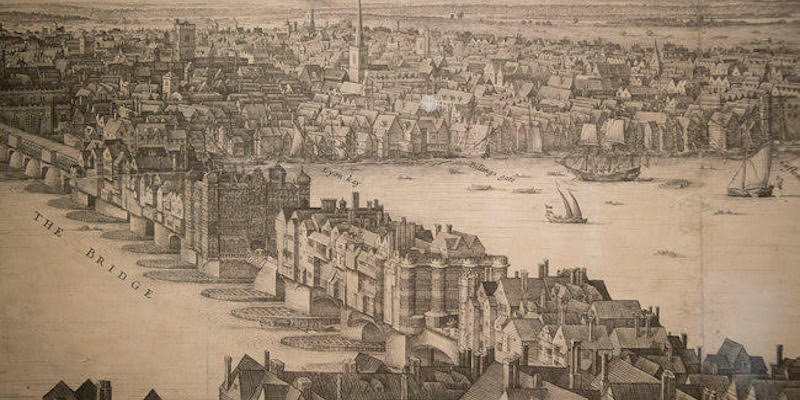 “Bedtrick is a Lie About Sex.” Jinny Webber on the Layered Meaning Behind the Title of Her Novel

As Jinny Webber explains in this interview, a “bedtrick” is a literary device through which a character is deceived into spending the night with someone unexpected, trapping that character into an unwanted commitment. William Shakespeare used the device in All’s Well That Ends Well and Measure for Measure. So it is a fitting title for this novel (Bedtrick) about the gender-bending that was so much a part of Shakespeare’s comedies—most notably, Twelfth Night. There were practical reasons for having female characters appear as men throughout much of a play, but Webber takes this historical reality and twists it into the essence of her plot.

Her main character, Alexander Cooke, is a gifted actor with the Lord Chamberlain’s Men, the company where Shakespeare serves as playwright. Sander, as Alexander is known to family and friends, specializes in female roles, which in Elizabethan times could be played only by males—usually pre-pubescent boys. But a select group of confidants knows that Sander was born Kate Collins, a village girl who fled her home to avoid an unwanted marriage and found her place among the traveling actors of the Lord Chamberlain’s Men.

When Sander’s brother—Johnny, another member of the acting company—gets his lover pregnant and refuses to marry her, Sander steps in to protect the mother-to-be, Frances, and her unborn child. Although it is illegal for two women to marry in 16th-century London, Sander persuades a priest to perform the ceremony. Frances’s position as Elizabeth I’s Silkwoman is secured, but the story of Sander and Frances is just beginning. Like all married couples, they must find a way to live together, even as England suffers from unrest and uncertainty caused by the aging queen’s reluctance to name her successor. Filled with quotations from Shakespeare and an insider’s view of his plays, this is a charming story of love triumphing in the midst of intolerance.

CPL: What’s the genesis of this particular story?

CPL: Before we get into the plot, I’d like to ask you about the title. What is a “bedtrick,” and why is it the right title for this novel?

JW: During the timeframe of this novel, 1599–1603, Shakespeare wrote the two plays that use a bedtrick motif, All’s Well That Ends Well and Measure for Measure. In each, a man sleeps with the woman he rejected, believing she’s the one he lusts after. The overall definition of a bedtrick is a lie about sex, whatever form that lie takes. In Bedtrick, the lie is to the world rather than the two individuals.

CPL: Your hero is Alexander Cooke, known to his friends as Sander. He has a rather unusual background for a Shakespearean actor. What can you tell us about him?

JW: “He” was born female in the village of Saffron Walden. Her mother dies in childbirth with her brother, and though she’s in charge of the house she’s a tomrig, as tomboys were known. When her father plans to marry her off to a dullard sheep farmer, she escapes in her brother’s clothes, planning to go to sea. On the road, she encounters the acting troupe who visited their village and manages to join them. She makes her way to London, successfully passing as a boy, and eventually becomes a stage actor there.

CPL: And how does Sander end up in a marriage of convenience (initially) with Frances Field?

JW: Her younger brother Johnny, who joined her in London as an apprentice actor some years before, impregnates their friend Frances and refuses to marry her. The dire consequences for Frances giving birth to a bastard lead to Sander reluctantly agreeing to marry her. Sander once loved the poet John Donne, who she gave up for the sake of her career, and has never imagined a female partner. But she wants to help Frances.

CPL: William Shakespeare and his plays at the Globe Theater form a large part of the novel, as they do in Sander’s life. How would you describe your Will Shakespeare, as seen through Sander’s eyes?

JW: I treaded carefully in putting words into Shakespeare’s mouth. He knows her secret and, indeed, writes strong female roles accordingly—but they are also confidants of a sort. I’ve read many biographies and John Aubrey’s description in his Brief Lives, written after Shakespeare’s death, and lean toward the quieter, unobtrusive characterization. Shakespeare performed on stage, in Jonson’s plays as well as his own, but in relatively minor roles, like Adam in As You Like It. He’s intrigued by Sander’s marriage and obliquely uses it in his bedtrick plays, which worries Sander.

Jinny Webber, a longtime college teacher, has always been fascinated by the theater and society of the Elizabethan era, and in particular its complicated gender roles on stage and off. She has written short stories, screenplays, and novels, of which Bedtrick is the latest. 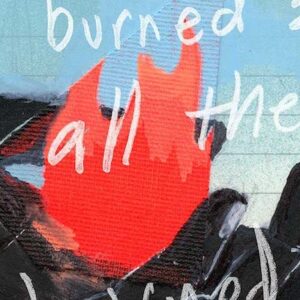