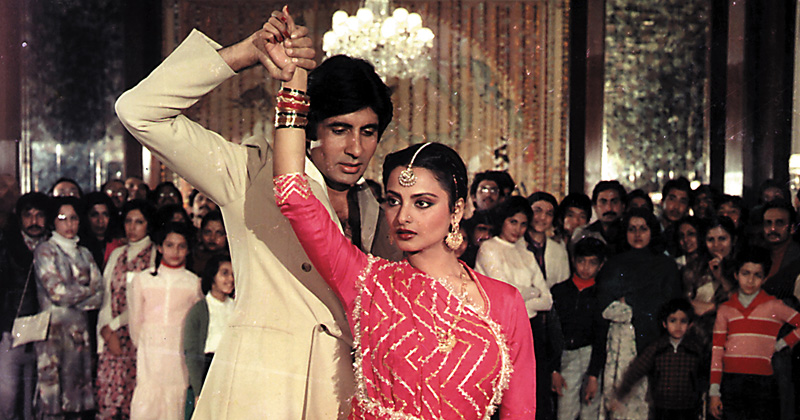 "My hybrid identity cannot be contained by one culture"

When I was young, family time meant watching Indian movies. Before we came to the U.S., these movie nights were rare. We lived in Jaffna, Sri Lanka, which had no electricity or running water. But on special occasions like weddings, we’d rent a generator and gather around the 19-inch Panasonic to watch scratchy VHS tapes all night.

My favorite was Baashha, a Tamil-language film about a kind-hearted young man who becomes a gangster in Bombay (now Mumbai) in order to avenge his best friend’s brutal murder. After we moved to the U.S. when I was seven, however, we could enjoy movie night almost every weekend. We’d crowd around the TV in the basement, make popcorn, and watch three-hour marathon films about daring heroes and demure heroines. I loved the valiant fights, the catchy song-and-dance numbers, the everyman rising to success. What I didn’t like was the women.

As I got older, I started to realize that I’d been identifying with the heroes—the men—and that I had little to no recognition of myself in the women. Perhaps it was because they were meek, selfless, generous ciphers that often had no personality beyond their innocence and large, coy eyes. They weren’t characters at all. They were plot devices.

I remember clearly the movies that differed from this trend. There weren’t that many of them, but they’re burned into my mind—a handful of real women, heroines I could pretend to be. But almost without fail, these women were punished. They either gave up their independence and personalities to become wives or became long-suffering mothers, lovers, or whores. Or they died, usually by suicide. The plot lines of the movies couldn’t sustain their personalities.

Still, for all their faults, these movies shaped me. From them, I learned how to tell stories. When I started writing my novel, Marriage of a Thousand Lies, my mind was filled with their conventions. Here I was, thinking I was above all that drama now, producing real art. Yet I was writing a love story.

In those days, I was prone to describing my protagonist Lucky’s emotional interiority with florid similes and overwrought exposition. My characters were overly dramatic and spoke their subtext. I couched tension in between long descriptions of facial expressions and sighs. American readers—my teachers, mostly—didn’t like it. My use of Bollywood* conventions tasted bitter to their palate. Still, they were right about one thing—Bollywood sentimentality did not fit Lucky’s character. Her personality is closed in, stoic, and masculine. To accommodate that and my readers’ tastes, I rejected all forms of sentimentality in my prose for a restrained austerity that read like knock-off Hemingway.

On each revision of the novel, I struggled to balance the Indian film tropes of my youth with Western tastes for reading. The questions about audience and how much marginalia and explanation to include are extremely difficult for writers of color, immigrant writers, queer writers, disabled writers, and other marginalized writers who are publishing in the U.S. We’re expected to play to a largely straight, white, able-bodied, Christian-American audience. As a young writer, I sweated over decisions about whether or not to define non-English words, or whether to italicize them. Does this or that cultural reference make sense to a white American reader? Is this passage too sentimental?

Needless to say, this process was exhausting. I felt like the story was starting to belong to the white American reader I’d created in my mind and no longer to me. And this fact wasn’t made any better by some of the actual white American readers who read early drafts and asked why there wasn’t a glossary in the back or why in the world anyone would still be in the closet in 2012. Someone went as far as to suggest recipes in between chapters.

On the seventh draft, I reached a breaking point. I wanted to reclaim this story I’d spent the better part of five years writing—it wasn’t mine anymore. I could barely recognize my voice. Lucky’s stoicism had demanded stripping the purple prose from my writing. After a time, I had embraced my Hemingway-esque aesthetic—surprisingly a natural fit for my own masculine personality. But I’d damaged the book as much as I’d rescued it. In the eighth draft, I de-italicized all the non-English words and added more of them. I took out the explanations of what words like Amma and Appa meant, assuming that readers could figure it out from context. I also decided to embrace the novel’s connection to Indian film tropes, and thus was born my American Bollywood novel.

To achieve this synthesis without giving up my new beloved austerity of style, I decided to structure the book like a common plotline of a Bollywood movie. The story begins with an engagement and ends with a wedding. Lucky’s girlfriend Nisha agrees to an arranged marriage with a man she doesn’t know, and Lucky must figure out how to save her. That’s the trope—the bride belongs to the one who brings her home, as Lucky often recites to herself. But the novel doesn’t blindly accept Indian film conventions. Instead, it actively tries to subvert that tradition at every turn. This is achieved through the revelation that Nisha might not want to be saved. She is given agency, a development not often explored in popular Indian film.

The novel is also a quintessentially American one in that it’s about a hero’s search for self in our social melting pot. But we know “American hero” is a term that’s been reserved mostly for straight white men, so what happens when that label is claimed by someone like Lucky? What happens when her story is made central, and labeled American?

Some readers of the book complain that my male characters don’t enjoy much space on the page. If the gender ratios were reversed, as they are in most American and Indian movies, I’m sure few people would comment. But when women run the story, everyone complains, “What about the husband? I want to know about him!” My decision to give my attention to my women characters is a political statement, challenging the predominant culture that has caused them to only exist as personality-less plot devices instead of fully fleshed out entities for hundreds of years.

And it’s not just women characters. There are only two white people in my book, and it’s an even split between queer and straight people. I refuse to sideline the characters who look and think as I do.

There’s power in that move, in appropriating labels that people like me have been denied. However, I want to not only appropriate but also to expand definitions. Gloria Anzaldúa asserts in Borderlands/La Frontera that the future belongs to the mestiza—the hybrid. As a Sri Lankan American 1.5 generation immigrant, my hybrid identity cannot be contained by one culture.

The novel in its finished iteration is Bollywood in structure, American in content—a hybrid novel that fuses the best parts of both styles.

* I want to note here that I’m using “Bollywood” here as shorthand for all Indian cinema, but that’s not what it normally means. Technically, “Bollywood” only refers to the Hindi-language film industry, and doesn’t include Tamil, Telugu, or other non-Hindi films. And my usage of Bollywood, it’s important to point out, repeats a history of erasure of South Indian identity and experience. However, in the context of my essay, I’m using “Bollywood” because Western readers understand the term, and further, because in regard to the Indian cultural tropes I’m talking about, almost all Indian cinema, regardless of language, employs similar sets of gender tropes.

SJ Sindu was born in Sri Lanka and raised in Massachusetts. Her hybrid fiction and nonfiction chapbook, I Once Met You But You Were Dead, won the 2016 Turnbuckle Chapbook Contest and was published by Split Lip Press. She holds a PhD in Creative Writing from Florida State University. Marriage of a Thousand Lies is her first novel. 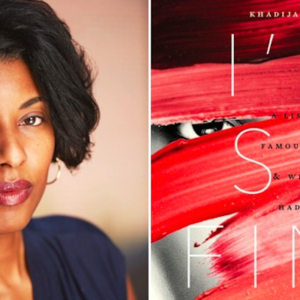 I vividly remember hearing Khadijah Queen read at a packed bar in Seattle a few years ago. There was no microphone and Khadijah...
© LitHub
Back to top