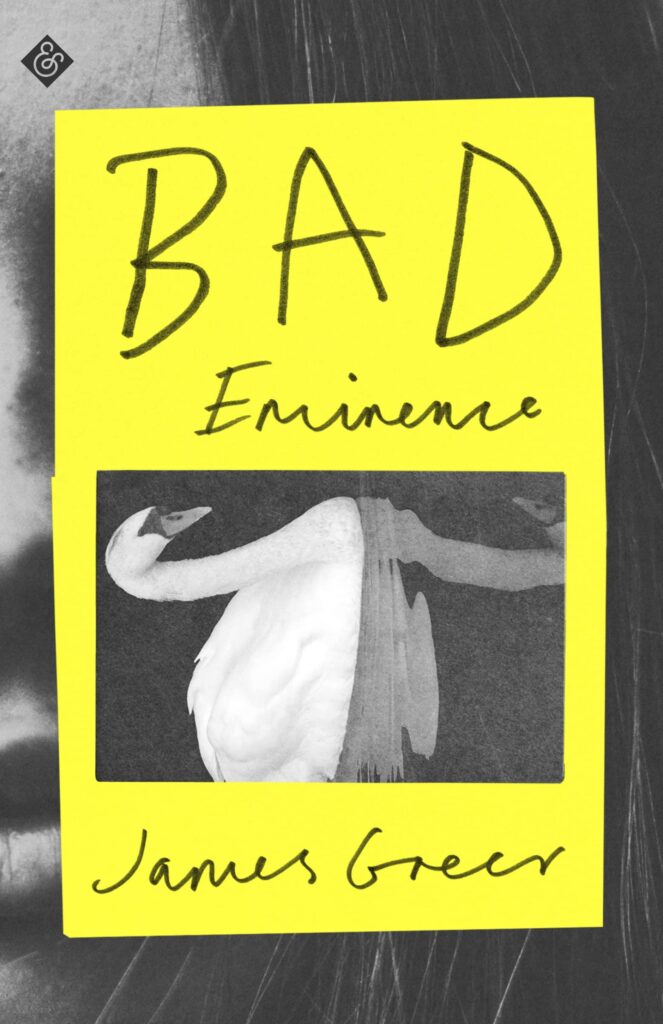 The following is from James Greer's Bad Eminence. Greer is a novelist, screenwriter, and musician. His previous books include the novels Artificial Light and The Failure, and the story collection Everything Flows. As a screenwriter, he’s written or cowritten written several movies, including Max Keeble’s Big Move, Just My Luck, The Spy Next Door, and Unsane. He’s also played in a number of not-very-well known indie-rock bands.

On the eleventh of December 1942, a child was born to the Breunn family of Bury St Edmunds, Suffolk, England. His name was T. Edward Breunn – and that’s all we know. As most authors and publishers would prefer of their translators, Mr Breunn managed to make himself so invisible as to have left nearly no evidence of his passage through this world. What little has been recorded is due only to the diligence of some librarian back in the age of paper. He or she made note of the above details, and no others, on the original, analogue, card-catalogue entries for his little-known English version of Kafka’s The Trial (1981). Later, presumably, these entries were transcribed with neither comment nor correction and entered into the great digital record in the sky.

I can find no record of his death. We’ll just have to assume the best.

But, the thing is, I’m working on my own translation of Robbe-Grillet’s Souvenirs du triangle d’or, and Breunn is responsible for the only extant edition in English. And Breunn’s isn’t bad, credit where it’s due, but I’m not so sure he could actually speak French. I think I can do better. I was born in a trilingual household, you see – French, English and money – so I’m as comfortable in each as in my own skin. Which is to say, mostly. Better, being able to speak money fluently means there aren’t many other languages that won’t yield to you with just a whisper in the tongue of tongues. I’m also conversant with Latin, Russian, German, Italian, Spanish, Portuguese, Romanian, Swedish, Norwegian, Finnish, Icelandic . . . Take my word for it.

How, you may ask, can I say that Breunn’s Souvenirs isn’t bad when he didn’t know the language? Well, funny story. There are a fuckton of competing theories out there about translating, from Walter Benjamin to Hilaire Belloc to Paul Ricoeur to Susan Sontag to Hannah Arendt to R. Pevear to A.S. Wohl to L. Davis to J. Malcolm to every person who’s ever read a book. But let me sum up: nobody can agree what makes a good translation; nobody can agree what makes a bad translation; everybody agrees that it would be ideal if everyone could read the original work in the original language; everybody knows this is impossible.

Beyond or alongside these widely acknowledged (by translators) competitive dogmas, the history of translation is fraught with eccentrics, frauds and prodigiously talented amateurs, without which much of the world’s literature would remain inaccessible to most of the world’s readers. Lin Shu couldn’t read a word of any foreign language, but in the early twentieth century translated something like two hundred works of Western literature – Shakespeare, Tolstoy, Dickens and so on – into classical Chinese, on the basis of a plot paraphrase from a polyglot friend. Simon Leys claimed that Lin Shu somehow managed, through a superior command of style in his native tongue, to improve in many cases on the originals. He’s an outlier, I think we can agree. Also that’s not translation so much as, you know, writing.

The Torah’s third-century BCE translation into Greek famously took seventy (or seventy-two, depending on who’s counting, though even this has been challenged, notably in 1684 by Humphry Hody, a name I did not make up) Alexandria-based scholars to render from the original Hebrew, despite which or possibly because of which they still got a lot of stuff wrong, with repercussions that reverberate still among the religiously disposed. The Vulgate or Latin translation of the Bible, produced mostly by St Jerome in the late fourth century CE and later revised in 1592 by a troupe of performing angels, introduced – right at the top, I might add – a mistake that has slandered the entirely innocent apple (is any fruit entirely innocent, though?) down through the centuries. It was a fig, people. If you don’t believe me, consult Northrop Frye’s The Great Code. And don’t even get me started on the King James Version, another translation by committee that proves . . . I don’t know what it proves, exactly. Because for every grievous error perpetrated by that Jacobean assemblage, any number of foundational turns of phrase – without which cliché-mongers would be bereft of such succulents as ‘a drop in the bucket’, ‘a fly in the ointment’ and ‘a labour of love’ – would have gone missing forever from the collective minds of anglophone civilisation.

Sometimes a really outstanding author whose book might otherwise be considered untranslatable (though, as noted above, there’s a sense in which all books are untranslatable) is fluent in several languages and can oversee a given translation themselves, as was the case in, e.g. Ulysses’ French

rendering, though ‘oversee’ is maybe an unfortunately ableist term considering Joyce was mostly blind at that point. But that’s as rare as Joyce himself was rare. His interest in all languages or in surpassing language itself (using language), particularly in Finnegans Wake, while possibly a doomed undertaking, incorporates translation into the writing, which is sort of the opposite of what Lin Shu did.

On the antipodal pole, may I present Constance Garnett, whose Englished versions of Russian classics you likely grew up reading, assuming you read Russian classics growing up, and which are objectively terrible as translations but are responsible in large part for popularising those authors (Tolstoy and Dostoevsky in particular) with the English-speaking public. So while it’s true that if you read her version of Anna Karenina you are reading Constance Garnett as much as – if not more than – you are reading Tolstoy, at least you are palpating Tolstoy’s bones, and there now exist much better, or at least more accurate, translations of his work for your edification, or whatever you read books for.

Xavier Hadley, a much lesser-known light than Ms Garnett, possibly because he chose only to translate into Scottish Gaelic (his best known work is Foirm na n-Urrnuidheadh, a version of

John Knox’s Book of Common Order), had the curious habit of sketching his first drafts on dried peas with a tiny brush made from the plucked hairs of a common housefly, without the use of a microscope. It will perhaps tell you something about the special nature of the community of professional translators (we have our own magazine!) that Hadley is considered by some a bit of a show-off, but on the whole sound in his approach.

It reduces over low heat to this: you try to get down as best you can what the writer has written while also reproducing the way the writer wrote it – but in another language. With all its different rhythms, idioms, vocabularies. You try to make the reader reading in the target language believe they’re reading what the original writer wrote, had the original writer written in the reader’s language: a magic trick seldom executed with apodictic success. Howlers are as ineluctable as the modality of the visible; but one can on occasion by careful and patient application of the intellect, if that’s the word I want, find elegant solutions to problems of inelegance. That’s the shit I live for.

There’s no money in it, so it’s good I don’t need money. The crucial aspect, from my tendentious POV, is that you love the writer you’re translating. The ones I love are precisely the ones who call themselves, or get themselves called, untranslatable. The stylists, the weirdos, the outsiders and innovators. Which makes and has made them extremely difficult. But when it’s an ardorous task, it’s never arduous. Hold your applause, please.

If I’ve done my job right, I will have made myself vanish as entirely as Mr Breunn’s prénom. The writer is, and ought to be, the star of the show. The translator ought to be, in the best sense of the word, invisible. Does that bother me, you ask? Let’s say it doesn’t bother me anymore. It may even be that I’ve come to enjoy that part of the job most.

Shit. There’s the doorbell. Hold on while I . . . oh, it’s my upstairs neighbour. She’s never home. I suppose I’ll have to – socialise.

The Week by David M. Henkin, Read by Pete Cross 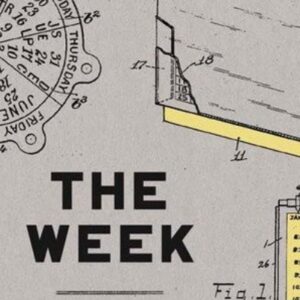 The Week by David M. Henkin, Read by Pete Cross Every Monday through Friday, AudioFile’s editors recommend the best in audiobook listening. We keep our daily episodes...
© LitHub
Back to top