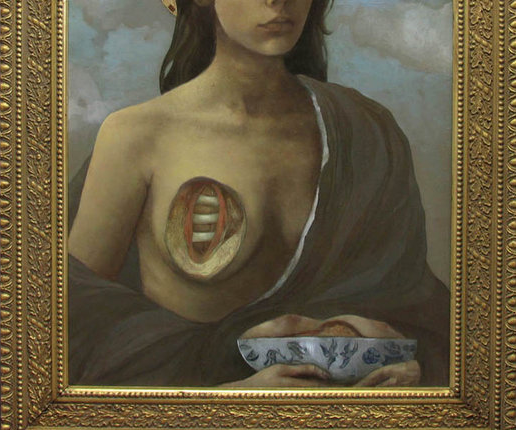 Often we use words like “brave” to describe poems that take tremendous emotional or psychological risk, whether imagined or recalled (though most often some intermittent shade between the two). The false consciousness lurking in such praise, of course, is the illusion that a poet, or any writer, is really writing from a position of strength and invulnerability to begin with; that they have made or continue to make a conscious choice that leads them to confront, to formalize, to speak to what the rest of us might shrink from. This the exact type of slippery fog that I find the poems of Brenda Shaughnessy, whose new book So Much Synth is released this week, brilliantly burn away. Indeed, Shaughnessy’s poems come often at a visible cost for poet and speaker alike: to describe the complexities, traumas and incompatibilities of queer inner life (as much as her familial one) amid the cold noisy backdrop of a busy world. In the first poem, “Why I Stayed 1997-2001,” an abusive relationship is pivoted at from many, even contradictory, angles. And it is my sense, that here as in all of her work, what she is doing is not easy or artful compensation for pain confined to the past tense, but rather she is undertaking the inexorable work of anguishes that live on inside our creative lives, and our creations too.

Each time we moved to a new apartment,

and we did three times, I knew

I shouldn’t, that I should

leave while I had the chance, but each

time we moved to a new apartment

had been kicked out or priced out

and we only had one bed,

some of whom knew that you fractured

your hand punching through a wall,

inches from my head,

and some of whom were aware

that you threw things at me

when I said things

things I threw at you first.

It made sense to you.

I can‘t remember the bad things

you and why not: I always

And, yes, I do remember

over our heads at a bar (Liz was

aimed at my knees,

a carton of fried rice that splat

on the shade of our only

patterned it with tiny bugs.

wall, but you always said it was because

I made you so mad because

you loved me so much

and didn’t want to lose me

beg me to stay, that if I left you

it meant you would never

be loved and I couldn’t

bear to have you think that

about either one of us.

take that from a man. A man

would be a criminal

if he did what you did.

But you had been

hurt and all that

time and I made you so

crazy, I was so

stubborn and good at mean

words, what else were you

You liked to raise your fist pretending

to hit me and then

I winced or cringed. It was important

that you had never actually hit me,

with a closed fist: you’d only grabbed me

and choked me and flung me and made

dents in the wall next to me,

and narrowly missed me, but we knew you

meant to clobber me

on the head with something heavy,

When a woman you love hits you

on the head with a book

you love, is that love?

I was so ashamed and afraid someone

would find out about us, then I was

what to do. Did I really think

this was a secret?

Not from the cops we called during two bad

fights or from Peggy who let you stay

with her rent-free that month

I kicked you out. You two had a blast.

But I couldn’t pay the rent

so you moved back in, triumphant,

Peggy still in love with you,

and you gloated about

how much money you’d saved.

who could I tell?

Why would I tell anyone who didn’t

If everyone knew, none of us said so.

We talked, all of us, almost

so how did we keep ourselves so quiet?

You and I, together in this,

were alone with this,

alone among women who loved us.

The two of us never more alone

It isn’t every day I can wrap my mind around it.

It being just what you’d think it is.

Not a thing or a condition of being but an extended

or cross-signals cut before anyone got there.

a frank season so in love with some poor sister,

the long star rattling its universe like a snake.

If only I could gather eyefuls and throw them

curvingly with some accuracy at what I couldn’t bear

to see before. Not just inside the body but inside

the insides, all the way in

that way, if it were not so unreliable?

It again. It is always so unreliable.

It doesn’t know what it is and is all right with that.

It surely isn’t me. I wouldn’t be all right with not knowing.

Not it. That narrows it down I suppose. Not it.

will will its way into it. Will scare me to pieces

which it will then not pick up

but leave for someone else to deal with. As I am

doing now with this mess here.

Bring your own bread,

your breath, your own

all night. What wouldn’t

I give to fill it?

my breath yet catch it

I use to buy myself

back from the self-

In its dark robe

of the black cat,

has a page for us all.

What wouldn’t I give

Such is the dreary

of what to say to stay

We can’t keep it down.

Why bring it up?

Burn it all down.

Make it new. A real

Not even ink makes

and the mouth is

to contain a fire

or catch a fish

or tell a story sharpening

the point of the last

requested for the death

of it, ending my sentence,

and the one after it.

There’s always one after it.

If I make a decision now, but die

before enacting it, does my last decision stay

in limbo, alive without a body?

Or does it die with me, becoming no decision,

undoing my last choice on this earth as if

I had already died before I died?

And what if my last decision was: I would like to die.

Does that make a point or abandon it: my life

a question with no mark, answered before asked?

And if so, and I was already, in this way, dead

before I made my last decision,

how long was I dead before that?

Wanting to die, deciding or not to die, already lost

and gone, irrelevant not only in the last moment

but having diminished all along,

not knowing when the diminishment began.

Perhaps it never began; I was always

from my first breath, imperceptibly at first.

Then, not at but near the end: canceled in totality.

It would be good to die

before comprehending this, because to know

even for a moment, knowing.

Brenda Shaughnessy has written five poetry collections, including So Much Synth, Human Dark with Sugar—winner of the James Laughlin Award and finalist for the NBCC Award—and Our Andromeda, which was a NYTBR 100 Notable Books of 2013.
Share: 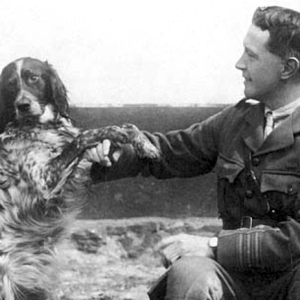 LitHub Daily: May 3, 2016 Fiction can still do anything it wants: Jennifer Egan on Don Delillo, and Don DeLillo on the life of a book. | Literary...
© LitHub
Back to top