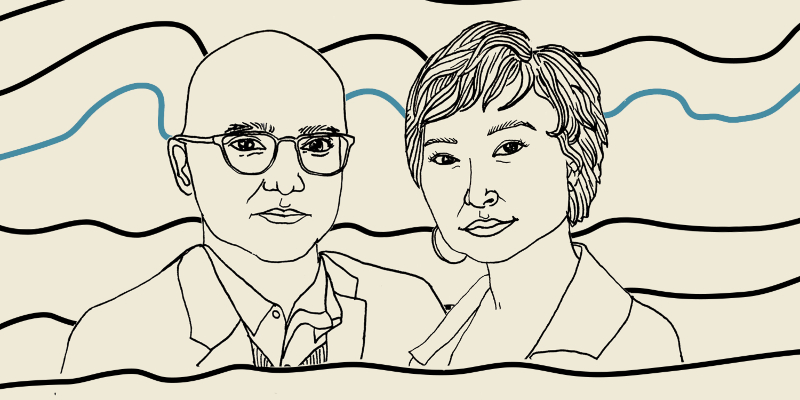 What happens when you write about the American experience from two opposing viewpoints? In novelist and playwright Ayad Akhtar’s latest book, Homeland Elegies, we follow the rise of Trump, white supremacy, and the consequences of falling prey to American capitalism when you’re a hardworking immigrant. We asked Cathy Park Hong, poet and author of the critically acclaimed essay collection Minor Feelings, to talk to Ayad about his new novel. Their conversation is smart, insightful, political, and profound.

Cathy Park Hong: I think what makes the father character so real is that he’s a very flawed character, like all of us. But his own vulnerability is not that he’s American, but he’s trying so hard to prove his Americanness. He’s like a fan of America, rather than actually being naturally inhabited and whatever it is that is American. It made me think about this quote. It’s a very fraught quote. And I was just curious what your opinion of your own passage is.

The quote is, “We are more obsessed with what they think of us than what we think of ourselves. We spend way too much time trying to correct the impression the West has of who we are. We have turned this defensiveness into a way of life. Edward Said writes a book about how wrong they’ve been about us, and it becomes our Bible. A high road to self-knowledge. Constantly defining yourself in opposition to what others say about you is not self-knowledge. It’s confusion.”

I was wondering what your opinion of this passage is. Do you agree with it? And if so, how do we—I mean, how do Muslims, and I would also encompass other nonwhite immigrants—untether ourselves from that defensive position?

Ayad Akhtar: Yeah, that is an amazing question. I’m not sure exactly how to answer it. You know, it’s interesting, in writing a book full of characters, and one of them notably who has my name and many of the facts of my life, it’s hard not to give off the impression that everything I quote-unquote say in the book is something that I agree with. I wouldn’t disagree with it. I think it’s a limited perspective. It’s a thought that I’ve had in the past. It’s a thought I’ve articulated to others within my community. It’s not one that I think is as useful for members who are not of my community to hear, if that makes sense. How do we de-tether ourselves—if the analysis of that quote has any validity—then how to de-tether?

I think by beginning to recognize that deconstructive assertion is not a creative act, and that it’s incumbent on me as a writer, say, to move beyond critique and to move beyond sort of problematizing discourse. Foucault is great. Foucault doesn’t tell us how to build a society; Foucault tells us how societies are built. And I sometimes worry that in this era of critical-theory thinking, we’ve confused deconstructive assertion or systemic analysis for a constructive, creative gesture. I think it’s an important part of the context. You can’t maybe come to a rightful gesture without it, but it’s not enough.

And I do worry that Edward Said at times has given some of us the blueprint to think that having an awareness of discourse of construction is enough. I’m not sure that it is. And I say that as an artist. I say that as somebody who has to, at the end of the day, give the audience, give the reader, a deep emotional and intellectual and absorbing experience. It’s not enough to get it right. I have to go much further than that.

Cathy Park Hong: I mean, I definitely agree with you. It’s a provocative statement, though, because especially in this time, it almost seems as if there is no choice but to define yourself in opposition in this very oppositional era. And to do so would be to almost deflect accountability in a way, just because of how politicized this era has become. You may disagree with me, but I would also argue what makes Homeland Elegy a more provocative book than, say, a coming-of-age novel, is that it is oppositional. I think it’s artistic in its form and its portraits of all of these very contradictory characters, and also its drama and the tragicomedy in it. But it’s also, I think, oppositional in that it gives a portrait of Muslims living in a Christian country, a Christian land. Right?

Ayad Akhtar is a novelist and playwright. His work has been published and performed in over two dozen languages. He is the winner of the Pulitzer Prize for Drama and an Award in Literature from the American Academy of Arts and Letters. Ayad is the author of American Dervish, published in over 20 languages and named a Kirkus Reviews Best Book of 2012, as well as the forthcoming novel, Homeland Elegies. As a playwright, he has written Junk, Disgraced, The Who & The What, and The Invisible Hand. As a screenwriter, he was nominated for an Independent Spirit Award for Best Screenplay for The War Within.

Cathy Park Hong is the author of three poetry collections including Dance Dance Revolution, chosen by Adrienne Rich for the Barnard Women Poets Prize, and Engine Empire. Hong is a recipient of the Windham-Campbell Literature Prize, a Guggenheim Fellowship, and a National Endowment for the Arts Fellowship. Her poems have been published in Poetry, The New York Times, The Paris Review, McSweeney’s, Boston Review, and other journals. She is the poetry editor of The New Republic and full professor at the Rutgers University-Newark MFA program in poetry.

David Rieff on Anguish and Suffering in Susan Taubes's Divorcing 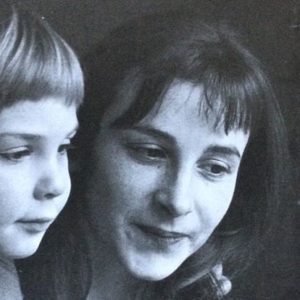 David Rieff on Anguish and Suffering in Susan Taubes's Divorcing

As there are cult books, so are there cult people. What mysterious alchemy vaults people who were largely ignored, or at least...
© LitHub
Back to top