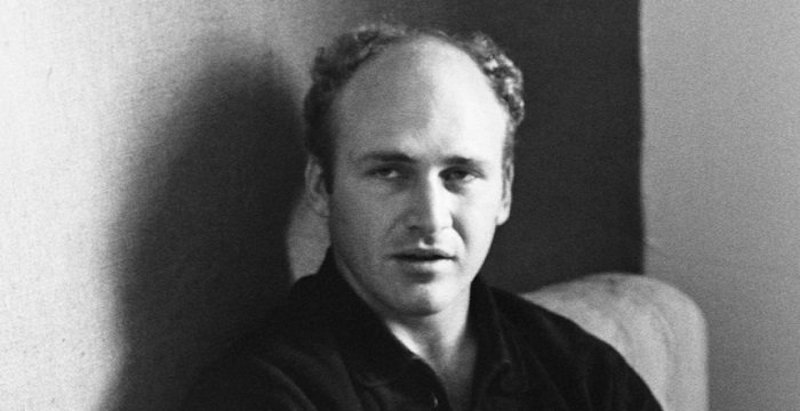 “Aw, Partners, It’s Been a Bitch.” A Letter from Ken Kesey After His Son’s Death

One icy morning in January of 1984, as the University of Oregon’s wrestling team headed on a bus to their next tournament in Pullman, Washington, the driver lost control of the vehicle on a mountain road and it tumbled through the guardrail and over a 300-foot cliff. Tragically, not all survived. One boy, Lorenzo West, was killed on impact; another, twenty-year-old Jed Kesey, was left brain dead. He passed away within days. Shortly after Jed’s funeral at his family’s farm, his father, One Flew Over the Cuckoo’s Nest author Ken Kesey, wrote to five of his closest friends.

Dear Wendell and Larry and Ed and Bob and Gurnie:

Aw, partners, it’s been a bitch.

I’ve got to write and tell somebody about some stuff and, like I long ago told Larry, you’re the best backboard I know. So indulge me a little; I am but hurt. […]

We built the box ourselves (George Walker, mainly) and dug the hole in a nice spot between the chicken house and the pond (Zane and Jed’s friends, actually). Page found the stone and we designed the etching. You would have been proud, Wendell, especially of the box—clear pine pegged together and trimmed with redwood. The handles of thick hemp rope. And you, Ed, would have appreciated the lining. It was a piece of Tibetan brocade given Mountain Girl by Owsley fifteen years ago, gilt and silver and russet phoenixbird patterns, unfurling in flames. And last month, Bob, Zane was goose hunting in the field across the road and, just like I did years ago after Faye and I were fresh wed, thought he saw a snow goose and mistakenly killed a swan. I told him get it out of sight fast but be sure to pluck and save the down. Susan Butkovitch covered this in satin for the pillow while Faye and MG and Gretch and Candace stitched and stapled the brocade into the box.

It was a double-pretty day. Still is, like winter holding its breath for a week, giving us a break. About 300 people stood around and sung from the little hymnbooks that Diane Kesey had Xeroxed — Everlasting Arms, Sweet Hour of Prayer, In theGardenand so forth. With all my cousins leading the singing and Dale on his fiddle. While we were singing Blue Eyes Crying in the Rain, Zane and Kit and the neighbor boys that have grown up with all of us carried the box to the hole. The preacher is also the Pleasant Hill School superintendent and has known our kids since kindergarten. I learned a lot about Jed that I’d either forgotten or never known—like his being a member of the National Honor Society and finishing sixth in a class of more than a hundred.

We sung some more. People filed by and dropped stuff in on Jed. I put in that silver whistle I used to wear with the Hopi cross soldered on it. Somebody put in a quartz watch guaranteed to keep beeping every fifteen minutes for five years. Faye put in a snapshot of her and I standing with a pitchfork all Grantwoodesque in front of the bus. Paul Foster put in the little leatherbound New Testament given him by his father who had carried it during his sixty-five years as a minister. Paul Sawyer read from Leaves of Grass while the boys each hammered in the one nail they had remembered to put in their pockets. The Betas formed a circle and passed the Loving Cup Around (a ritual our fraternity generally uses when a member is leaving the circle to become engaged)

(Jed and Zane and I are all members, y’unnerstand, not to mention Hagen) and the boys lowered the box with these ropes George had cut and braided. Zane and I tossed in the first shovelfuls. Good God, it sounded like the first thunderclaps of Revelations […]

But it’s an earlier scene I want to describe for you all, as writers and friends and fathers… up at the hospital, in cold awful Spokane:

He’s finally started moving a little. Zane and I had been carrying plastic bags of snow to pack his head in trying to stop the swelling that all the doctors told us would follow as blood poured to the bruised brain. And we noticed some reaction to the cold. And the snow I brushed across his lips to ease the bloody parch where all the tubes ran in caused him to roll his arms a little. Then more. Then too much, with the little monitor lights bleeping faster and faster, and I ran to the phone to call the motel where I had just sent most of the family for some rest, Faye included.

“You guys better get back over here. He’s either going or coming.”

Everybody was there in less than ten minutes— Chuck and Sue, Kit and Zane, Shan and her fiance Jay, Jay’s dad Irby, Sheryl and her husband Bill, Faye, my Mom… my whole family except for my dead daddy and Grandma Smith down with age and Alzheimer’s. Jed’s leg was shaking with the force of his heartbeat. Kit and Zane tried to hold it. He was about to go into seizures.

Up till this time everybody had been exhorting him to “hang on, Old Timer. Stick it out. This thing can’t pin you. You’re too tough, too brave. Sure it hurts but you can pull through it. Just grit your teeth and hang on.” Now we could see him trying, fighting. We could see it in his clenching fists and threshing legs, and then aw Jesus we saw it in his face. The peacefully swollen unconscious blank suddenly was filled with expression. He came back in for a few seconds, and checked it out, and saw better than we could begin to imagine how terribly hurt he was. His poor face grimaced with pain. His purple brow knitted and his teeth actually did try to clench on the tubes.

We’ve heard since that they used twelve things out of him, including corneas. And the redwinged blackbirds sing in the budding greengage plumtree.

And then, o my old buddies, he cried. The doctors had already told us in every gentle way they could that he was brain dead, gone for good, but we all saw it… the awful hurt, the tears saying “I don’t think I can do ’er this time, Dad. I’m sorry, I truly am…”

And everybody said, “It’s okay, ol’ Jedderdink. Breathe easy. Go ahead on. We’ll catch you later down the line.”

The phone rang in the nurses’ quarters. It was the doctor, for me. He had just appraised all the latest readouts on the monitors. “Your son is essentially dead, Mr. Kesey. I’m very sorry.”

I said something. Zane picked up the extension and we watched each other while the voice explained the phenomena. We said we understood, and were not surprised. Thank you. Then the doctor asked a strange thing. He wanted to know what kind of kid Jed was. Zane and I both demanded what he meant. He said he was wondering how Jed would have felt about being an organ donor. Our hearts both jumped.

“He would love it! Jed’s always been as generous as they come. Take whatever you can use!”

The doctor waited for our elation to ease down, then told us that to take the kidneys they had to take them before the life support was turned off. Did we understand? After a while we told him we did.

So Faye and I had to sign five copies apiece, on a cold formica countertop, while the machine pumped out the little “beep… beep… beep…” in the dim tangle of technology behind us. In all my life, waking and dreaming, I’ve never imagined anything harder.

Everybody went in and told him goodby[e], shook his hand, squeezed his big old hairy foot… headed down the corridor. Somebody said it might be a good idea to get a scrip for some kind of downers. We’d all been up for about forty hours, either in the chapel praying like maniacs, or at his bedside talking to him. We didn’t know if we could sleep.

Chuck and I walked back to the Intensive Care ward to ask and all the doctors were there, bent over a long list, phoning numbers, matching blood types, ordering nurses… in such a hurry they barely noticed us.

We’ve heard since that they used twelve things out of him, including corneas. And the redwinged blackbirds sing in the budding greengage plumtree.

PS: Looking to see if Wendell’s name is spelled with two l’s and one e and two r’s or one l and two e’s etc… I pull a book out of the shelf and it opens to this:

To go in the dark with a light is to know the light.

To know the dark, go dark. Go without sight, and find that the dark, too, blooms and sings, and is travelled by dark feet and dark wings. 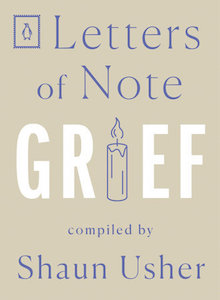 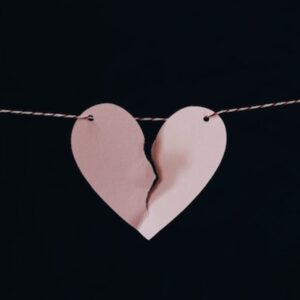 The heart can break in a lot of ways. It took a while for the cracks to form in mine toward the last hard years of my 25-year-marriage....
© LitHub
Back to top
Loading Comments...