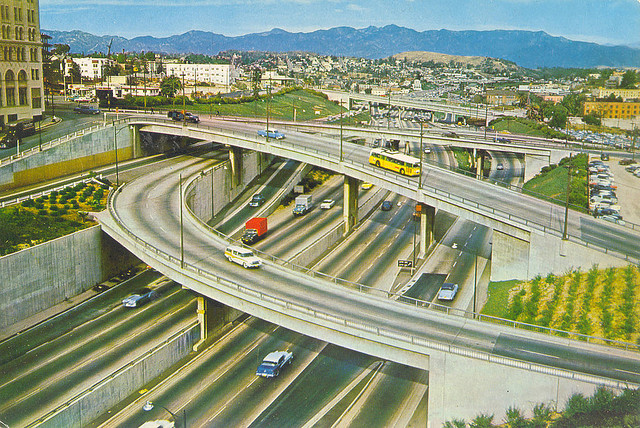 At the LA Times Festival of Books

From the green room to the hoy stage

We could begin at the end. The final day of the Los Angeles Times Festival of Books, at an asphalt parking lot converted into a food-truck court. The sun is setting, people are resting at tables under a giant white tent, the kind you see at catered events. There are strollers—so many strollers at this festival! strollers the size of Fiats!—loaded with baby accoutrements, but also stuffed with black CSPAN bags maybe filled with books. Kids are running around. A couple of them are kicking to each other a cardinal-and-gold football. All kinds of families, but also couples, young ones, maybe students at the University of Southern California, where the festival, now in its 20th year, has been held since 2011, after it left its longtime home on the campus of SC’s arch-rival, UCLA—one more battle between them that went the Trojans way.

At one of the dozen tables an older man wearing what looks like a Members Only jacket eats by himself. At a panel just earlier—my panel—he asked if any of us of sitting behind the placards bearing our names could recommend an agent for his book on heart disease. One of the panelists graciously answered his question, steering him to a website that could possibly help him. As he’s chewing his food, he’s looking at me like he’s seen me before, which, of course, he has, but I’m chewing, too—movie theater nachos with chicken adobo—so he just nods. He already did what he came to do. Why not just enjoy the moment?

There are at least three versions of the Los Angeles Times Festival of Books. There is the festival of the author events, and panels, and, of course, all those white booths. The booths selling books; some of them are run by small presses, and feature their wares, and some more of what you could call pop-up versions of bookstores, like Vroman’s and Book Soup. Some of them are selling dreams, too. A string of booths by self-publishing giant Authors Solutions, their various writers (customers?), seated at one of these many booths, waiting to sign. And some of the booths are just there to tell you about organizations that really have nothing to do with books—various tourism boards, a credit union—but when any event can attract around 150,000 people over the course of two days, you go where the action is. And so many panels! And so many major authors on stage! It’s dismaying. Your choices are, by default, Solomonic. Unless you’re there with a child, in which case your choices aren’t for you to even make. So you make your peace.

No chance at Malcolm Gladwell. Forget hearing Gary Snyder. Forget the panel with Per Petterson, Maggie Shipstead, Mona Simpson, and Rafael Iglesias. But there is Dav Pilkey, resplendently dressed, entertaining nearly 300 people in Norris Theater, most of them under 12 and most of them clutching a Captain Underpants book, mesmerized by the hilarious man whose work makes them so happy. They are beaming. And because I’m Mexican, maybe I can’t help notice how many of these kids are, if not Mexican, certainly Latino, and there’s a bunch of them. Not a token amount, but maybe a third of the kids there. And Dav calls on many of them during the program, and these brown kids come up to the stage, and he gives them autographed books and a book store gift certificate. It’s all part of the audience participation piece of the program. He even promises gifts for the kids whom he called on but who couldn’t tell him the name of the character he just drew on a giant pad of paper.

Then there’s the second version of the festival. Let’s call it the Latino one. It’s anchored by the Hoy Stage, where in the morning you can see little guys learning to be mariachis do their stuff. Occasionally, they’re off key, but mostly they’re doing it right, sawing at small violins, taking singing solos at the mic, looking impressive in the brown charro-wear, especially the girls, playing the violin, their hair coiled and black, their eyes closed in concentration. Near the stage are booths for the Spanish inclined, and a bouncy house version of a sports drill course. Kick the soccer ball through this hole, throw the football through this other one, and bat the baseball into one of these circles.

Nearby a thickset dude is working two turntables, while the guy next to him repeats into a mic, “Get your picture with Scooby-Doo! Get your picture with Scooby-Doo!” And there’s Scooby, doing a Chubby Checkers with a bad hip version of the twist, and the kids are lining up for good ol’ Scoob. And because there are so many kids being catered to here, you wonder why the young women, morenitas, working the Hoy area are wearing what would be described at a costume shop as a “sexy referee uniform.” Sure, it’s sunny, so why not wear a short-short skirt? But there’s a strong breeze, making it cool enough to wear long sleeves. Yet the uniform makes sense if you think about Univision and Sabado Gigante and the mixing of cheesecake with wholesome fun. Is it a Mexican thing? No. But it’s definitely a Mexican TV thing, and don’t think Nickelodeon wouldn’t try it if they thought they could get away with it.

Farther along, by the actual kids area, where you hear a woman yell into her cell phone, “Where are you? I’m stuck with your child and she’s crying for ice cream!” Here are also booths for social agencies for children, and on the other side of Doheney Library, an RV providing eye care services, and foldout tables staffed with maybe med students who can do for you diabetes testing, and blood pressure measurements, and all manner of health checks. This isn’t strictly speaking part of the Latino festival, but it certainly overlaps it. Because all kinds of people come to a book festival of this size, people who are just getting by, people who live in what used to be officially called South Central L.A., and while they’re here why not help them in other ways if you can?

Then there’s the other festival, the one for the writers and editors and celebrities and so on who get to be on a panel. You get a lanyard with a pass, and that pass gets you into any reading you’d like to go to, just walk in, no need to stand in line. But most important, it gets you into the Green Room. O the Green Room, respite is thy name! Years before attending my first Festival of Books, I had heard of the Green Room, and I am here to tell you it earns its reverence. Yes, it’s a lovely venue. It used to be in Town and Gown, a building with a wide open floor plan, which meant you could easily scan the room to see who was coming and going, which person you wanted to say hi and give a hug to, ask how’s your health? How’s the family? Circling back always to the head-shaking fact that so many people want to write without having to be ever bothered with reading a lot, or even a little.

Now the Green Room is at the University Club, a sleeker venue of high ceilings, modernist-looking chandeliers, cushy leather chairs, hardwood floors and cream-color textured walls and narrow arches. But compartmentalized. If you want to find somebody, you have to get up from your table and circulate, maybe grab a sandwich while you’re at it. And that’s the sighing joy of the Green Room: it’s like a cheery airport terminal where you run into a pal you haven’t seen in ages. Everybody is happy to see everybody. Plus, there are sandwiches and pastries and coffee and iced tea and lemonade and you can sit there as long as you want, from morning to afternoon, and meet new people, catch up, gossip. There’s camaraderie, so much so you feel bad for the celebrities-with-books who pop by, because they can’t be a part of that. They don’t have that history, to say nothing of nobody wanting to bug them so they’re respectfully ignored, further isolating them. There’s so much warmth that each year I keep thinking there’s beer and wine in the Green Room, and there isn’t. (Though I heard a rumor that beer and wine is served after five, but it’s not free.) It just feels like a party, a sober one. That’s how, for me, the Festival begins: tromping into the Green Room early on a Saturday, my wife and son in tow. Eager to talk shop, eager to enjoy this small but lovely perk of the writing life. For me, it always ends the way it begins. 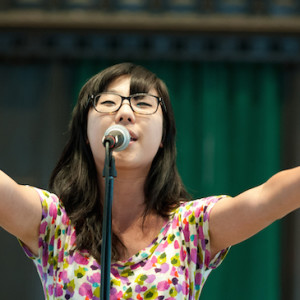