At the Birth of Surrealism in Montparnasse, 1913

On Marcel Duchamp, Giorgio de Chirico, and the Hothouse of Parisian Art

A female nude is walking downstairs, towards the (unseen) viewer waiting at the foot of the staircase. This is no ordinary painted nude. Part Futurist, part cubist, at first glance this early wood-colored painting by Marcel Duchamp is an arrangement of lines and planes, joints and cantilevers, geometrically constructed. Still staring up at her, the viewer begins to make her out as she makes her way downstairs, head high, shoulders back, hips en avance, moving like a model; perhaps those forms at her feet are even garments she is stepping out of, kicked aside as she descends. We can see her—can’t we?

The young artist himself (24 when he painted it, in January 1912) didn’t think so. “This final version of the Nude Descending a Staircase was the convergence in my mind of various interests including the cinema, still in its infancy . . .” In the first variant of the painting (No. 1) Duchamp had articulated the joints of the figure (distinguishable as human, and female, only from a distance) in a manner inspired by the photographs of Muybridge, the 19th-century photographer who discovered that the way to depict movement was to juxtapose separate successive photographic images. In that first version we can still see the joins, but according to the artist Nude . . . No. 1 was “only a rough sketch in my search for a technique to treat the subject of motion.”

The stepping motion animates her, rendering her at the same time geometrical and dreamlike.

Nude . . . No. 2 is more fluid—Duchamp finessed the construction and added some gestural marks to the side of the figure. Although seldom willing to discuss exactly how his works came about, he did later reveal that when he painted the Nudes he had been applying himself consistently to the problem of depicting movement. He did not deny, either, the influence of cubism, with cubist paintings being exhibited throughout the small galleries of Paris at the time. His own interpretation of cubism was that it amounted to “a repetition of schematic lines, without any regard for anatomy or perspective—a parallelism of lines describing movement through the different positions of a moving person.”

One of his aims had been to paint a cubist nude—a challenge that had already defeated most of the cubists, including Picasso. But in Nude . . . No. 2, Duchamp claimed, “the anatomical nude does not exist, or at least cannot be seen, since I discarded completely the naturalistic appearance of a nude, keeping only the abstract lines of some twenty different static positions in the successive action of descending.” Oh, but for the viewer she does exist, emerging from the artist’s architectural draughtsmanship like an articulated mannequin coming to life. The stepping motion animates her, rendering her at the same time geometrical and dreamlike—both an articulated wooden construction and uncannily super-real.

Duchamp was satisfied with Nude . . . No. 2 and sent it to the 1912 Salon des Indépendants, where it was exhibited by a reluctant committee of cubists. After displaying it for a few weeks they admitted they found it disturbing, and appealed to Duchamp’s brothers (a painter and a sculptor) to persuade him to at least change the title, whereupon Duchamp withdrew the work from the exhibition. In October he showed Nude . . . No. 2 again, this time exhibiting with his brothers at Galerie la Boétie. Here it was admired by Apollinaire, who had already seen Duchamp’s work in earlier shows and noted that the youngest Duchamp brother was producing interesting work, including some “vilains” nudes.

Always on the lookout for new talent, Apollinaire had also spotted another young artist new to the Parisian scene, the Italian Giorgio de Chirico, painter of strange urban scenes—deserted piazzas and stations sparsely littered with apparently unconnected objects, fragments of masonry, statues, archways, trains disappearing into the distance. When his work appeared at the 1913 Salon, it caught the attention of both Apollinaire and Picasso. De Chirico, too, was an artist whose work seemed to reach beyond the parameters of cubism. (Before long it was being dubbed “surrealist”—by everyone but de Chirico himself.)

From about 1911 onwards the artistic center of the French capital had begun to shift from Montmartre, when the artists who grouped themselves around Picasso left the world of the Moulin Rouge and the Folies-Bergère to gather instead in the galleries, studios and cafés of Montparnasse. Following the success of cubism, young dealers had arrived on the Left Bank and opened new galleries, mostly clustered around the rue de Seine. The district soon became a hotbed of entertainment and a destination for those leading liberated lifestyles, as well as the place where painters and writers would meet, in the Café de la Rotonde, the Café du Dôme and the Bal Bullier, until then the haunt of typists and shop girls but now frequented by artists and poets dancing the foxtrot and the tango-women cheek to cheek, careful not to disturb their obligatory hats, wearing dresses created from contrasting scraps of fabric by Sonia Delaunay, designer, artist and friend of Apollinaire—until he fell out with her husband. (In 1912 and 1913 she painted four pictures depicting the Bal Bullier on mattress ticking, because it was cheaper than canvas.)

The cafés of Montparnasse between 1913 and 1929 played host to encounters and conversations that would change the face of modern art, as the artists sought new friendships and love affairs and different ways of experimenting and opportunities to show their work. When the surrealists put their revolutionary ideas into practice, in many respects the scene was already set.

The original surrealists also tapped into other, darker emotions, of terror, horror, disgust or fear.

The original surrealists also tapped into other, darker emotions, of terror, horror, disgust or fear, depicting limbs detached from bodies, heads that were also machines, massive birds in flight above tiny landscapes, partially constructed (or devastated) airplanes hurtling perilously low through landscapes or seascapes littered with scattered objects. The impact of the First World War in their work cannot be ignored. Two lumps of bread and a chess piece could appear provocative, caged birds frightening, forest scenes dystopian and women (and female body parts) weirdly menacing. Still later there were melting watches, a chest of drawers fashioned from a woman’s torso and cups and saucers covered with fur.

The lure of the decadent, the uncensored expression of chaotic, disruptive, erotic drives and the power of the unconscious to direct the artist’s work (a subtler encounter for the artist than simply making paintings of dreams)—all these things together added up to what the artists in this book understood by surrealism. For Gertrude Stein (whose Tender Buttons appeared in 1914), surrealism was simply “ordinary” life, far more interesting to her than mysticism or the occult (which the surrealists sporadically explored). While it may have been Apollinaire who first used the word in print, Picasso subsequently claimed to have invented it, and he was not the only one.

As surrealist art evolved during those early years in Montparnasse, who was in, who out? What did the world of Montparnasse feel like in those years in which surrealism as an art movement evolved? The crowd of respectful viewers moving attentively through the Dalí/Duchamp exhibition at London’s Royal Academy of Arts in 2017 would have been unimaginable in 1917. If surrealism changed the way we see things, surrealist ideas evolved gradually, into a world very different from ours.

What were the correspondences, during that extraordinary period, between the various artists now regarded as surrealist? What was the impact on the emerging new ideas of Duchamp’s conceptualist and de Chirico’s metaphysical art? Why was Picasso wary of Breton? Why was Diaghilev always on the social margins of the art scene, despite the path-breaking impact of his work? Why did Breton loathe Cocteau? What part did the women (including the artist’s model, nightclub singer and Man Ray’s muse Kiki de Montparnasse), the time, the place play in the development of ideas that have had such a lasting impact on the way we view a work of art? Today’s artists include many whose work is overtly influenced by surrealism. How did it all begin? 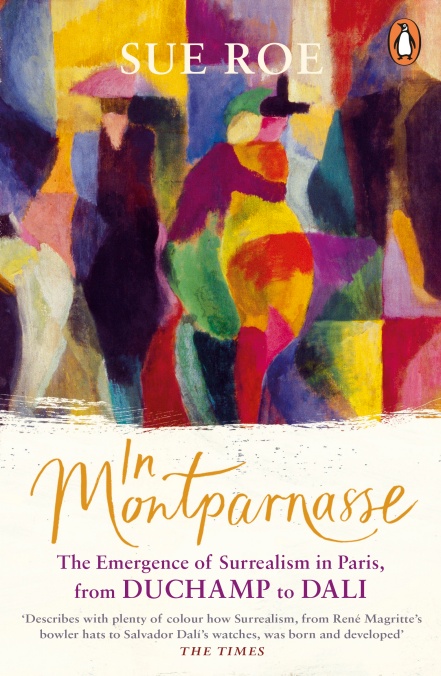 From In Montparnasse by Sue Roe. Excerpted with permission of the publisher, Penguin Random House. Copyright © by Sue Roe.

Sue Roe is the author of several books, including In Montmartre: Picasso, Matisse and the Birth of Modernist Art and a collective biography of the Impressionists. She lives in Brighton, England. Most recently, she is the author of In Montparnasse: The Emergence of Surrealism in Paris, from Duchamp to Dali. 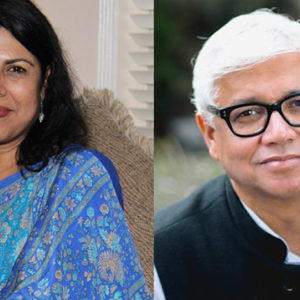 Chitra Banerjee Divakaruni and Amitav Ghosh are both authors whose works offer razor-sharp insight into overlooked members...
© LitHub
Back to top
Loading Comments...