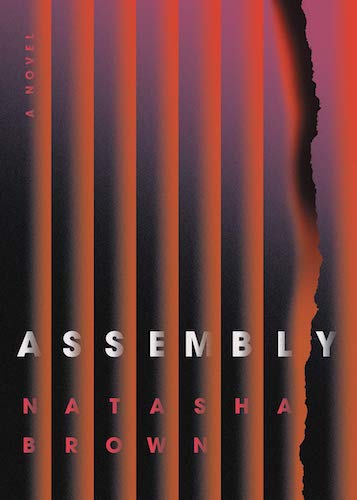 The following is excerpted from Natasha Brown's novel Assembly. Brown has spent a decade working in financial services, after studying Maths at Cambridge University. She developed Assembly after receiving a 2019 London Writers Award in the literary fiction category.

“Thank you,” he says into the sudden silence of the stopped engine. He looks down at the steering wheel. We’re parked on the gravel driveway outside his parents’ house. Beyond, across the lawn, a few windows glow orange against the night.

He says he’s glad I came. With the biopsy, all that stuff—he pauses and turns to me. In the dim light, I see earnestness in his features. His eyes are dark shadows.

“I’m just happy you’re okay,” he says. Then leans over and kisses my cheek.

Outside, it’s quiet and oppressively still. The wrought-iron entry gate has slid back into a closed grimace. Miniature lamp posts cast narrow yellow cones, illuminating a path up towards the house. The parents greet us at the door. Helen and George—first names, as they insist—bundle me inside. A radiator-bench hulks against one wall of their wide entryway. They’re all smiles, close and welcoming. The mother, Helen, rubs her son’s shoulder.

They take me through to a cosy, carpeted side room with a crackling fire. Sit anywhere, they gesture towards the arrangement of sofas and armchairs. I do sit, on the worn floral two-seater beside the fire. The father opens a cabinet and reaches, spidery, into the rows of glasses and bottles. Their son chooses a reading chair opposite me, leans back and crosses his ankles. His body unfurls and twists as he eases into a yawing-stretch, his balled hands pull his arms up and out, ending in a slow and melancholy roar.

“So,” the father begins as he pours. “Tell me how you ended up in finance. Why aren’t you off shaking up change in the Labour Party?” He winks. “Ushering in a new world order.”

“She’s more of a Blairite,” says the son.

“Aha—” The father looks back to me, intrigued, but the mother cuts him off, gently reproachful.

“Politics, at this hour?” She smiles at me. The father carries on pouring.

“Alright, alright,” he says with warm humor. “Another topic!”

He replaces the decanter, then sits across from me beside his wife and their son, who’s now sprawled out on his chair, drink in hand. I feel too warm, sitting this close to the neatly flickering flames.

He tells me about the fireplace, and the tricky mantel restoration a few years prior. His son chips in. The mother, too. They all talk and I observe. Mostly—I am practiced at saying nothing. I listen, react, ask, occasionally. They list some of tomorrow’s guests, family friends— political types, of course, but also creatives, academics, lawyers, and so on. A quietly dazzling array.

What am I doing here?

Since stepping on to the train, I’ve felt this gruesome inevitability. Like I can’t turn back. But I’m fascinated, too. I’ve met Georges before, many, across their various guises, the roles they assume. I have observed and examined and concluded before, but now here I am, seeing one at home. With his wife and son. I don’t want to be a part of it. I want to grab at it, grab its face and pull open its mouth, prise its jaws apart and reach down, in, deeper. Touch what’s inside. The son asks about his siblings, will they join us? “Ellie’s upstairs, already,” the mother says. “It is late.”

But the father still has questions. With excited and unwavering eye contact he asks my opinions on everything. Love Island? Cambridge? Knife crime; the BRICS; China’s investment in Africa?

The questions sound less like questions than elaborately worded treatises.

“—but we can’t very well let it carry on unfettered!’ He polishes off his drink, then clinks the empty tumbler down. “Can we?”

The son lies back with his eyes closed. I am uneasy, too tired for such Socratic conversation.

The Heron's Cry by Ann Cleeves, Read by Jack Holden 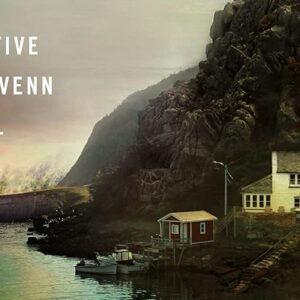 The Heron's Cry by Ann Cleeves, Read by Jack Holden Every Monday through Friday, AudioFile’s editors recommend the best in audiobook listening. We keep our daily episodes...
© LitHub
Back to top