Arundhati Roy on Carrying the Inquiry Through Different
Art Forms

In Conversation with Nadifa Mohamed on the How to Proceed Podcast

Our guest in this episode is the award-winning Indian author Arundhati Roy, author of Azadi. She talks about fathers, fascism, beauty, love, and the search for words. Talking to Roy is the critically acclaimed British-Somali author Nadifa Mohamed, the first of three guest interviewers as Linn Ullmann takes some time off to finish her novel.

Nadifa Mohamed: There’s so much of you, or what I perceive as you, in the film [In Which Annie Gives It Those Ones]. You play a character called Radha, who’s an architectural student, loves playing practical jokes on people. She’s someone who doesn’t fit into the typical role of an Indian woman, and some of the other female students talk about her behind her back. There’s that great scene in the loo where she’s hearing all of the things they’re saying about her.

I just wanted to quote this part when Radha says, “These are not buildings but piggybanks,” during her final degree show. And her teacher tells her, “All architects feel guilt about the situation they’re in. But it’s important to separate your feelings from your art.” Radha replies that “it’s important for architects, and I guess all other artists, to find out why what’s happening is happening, to get under the skin of things.” It seems as if you’ve taken that philosophy from architecture to screenwriting to fiction. Is that so?

Arundhati Roy: People always ask me about this journey from architecture to acting to screenwriting to fiction to nonfiction. And I always say that the thing is, the inquiry has always been the same. You just carry it through into different art forms. Sometimes you think, what is the most effective way of of doing this? Is it a movie? Is it a building? Is it a novel? Is it an essay? I think that the kind of discomfort with everything that is so easily accepted, and especially if you’re a woman in India. One fell out of the pan at a very early age.

Arundhati Roy: Yes. But even before that, because my mother was divorced and therefore came back to the village in Kerala. And so, even when I was very young, it was made very clear to me that, you know, no one is going to marry you, and you don’t belong here, and all of that. Even inside my grandmother’s house, I was told that. So, you’re sort of not ready to swallow everything that was put before you.

Nadifa Mohamed: Yes. And I think that’s very clear from the film. One thing that caught my eye is the Eve teasing, and how Radha, and perhaps you also, dealt with all of the Eve teasing in Delhi.

Arundhati Roy: It is really something that women have to go through on the streets all the time. Off the streets as well, in more malevolent ways. But yes. It was another kind of conflict, because as a young student walking down the road, and if you came from Kerala there was a sense of obviously a left-leaning person. And then you would walk down the street and people who are really crushed and poor and working on tarring the roads and, you know, broken. Yet they would feel able to say anything or do anything to you as a woman. So there’s a great conflict there. How do you look at this?

Arundhati Roy: With the same complexity, I think. With the same complexity where you can’t draw simple lessons from it, because this is one thing that cuts through everything. For example, when the 2002 massacre happened in Gujarat of Muslims, you knew that there were women who were as supportive of those killers as there were men. That’s a very fraught thread to pull through the fabric of anything.

Arundhati Roy studied architecture in New Delhi, where she now lives. She is the author of the novels The God of Small Things, for which she received the 1997 Booker Prize, and The Ministry of Utmost Happiness. She has written several nonfiction books, including Field Notes on Democracy: Listening to Grasshoppers, Capitalism: A Ghost Story, Walking with the Comrades, Things That Can and Cannot Be Said (with John Cusack), and The End of Imagination. She is the recipient of the 2002 Lannan Cultural Freedom Prize.

Nadifa Mohamed was born in Hargeisa, Somalia, in 1981 and was educated in the United Kingdom, studying history and politics at St. Hilda’s College, Oxford. She lives in London.

Who Gets to Be a Sympathetic Character in The Undoing? 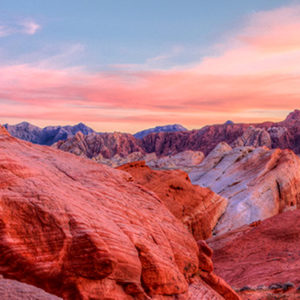 During your first year of teaching, a plague of grasshoppers invades the Mojave Desert. When you walk from the mobile home...
© LitHub
Back to top