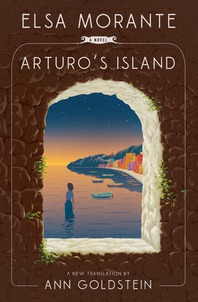 The following is from Ann Goldstein's translation of Elsa Morante's novel Arturo's Island, which follows the adolescent Arturo through his days on the isolated Neapolitan island of Procida, where he roams the countryside and reads in his family’s lonely, dilapidated mansion. This quiet, meandering existence is upended when his father brings home a 16-year-old bride. Elsa Morante was a prize-winning novelist and poet. Born in Rome, she was married to Albert Moravia.

The next day, I woke at dawn. My father and the bride were still sleeping; the weather was beautiful. I went out, and when I returned it was late morning.

I walked around the house, to the kitchen side; and through the panes of the French door I saw that she was in the kitchen, alone, intent on making pasta on a cleared space on the table. She had dumped egg yolks into the middle of a mound of flour and was beating them energetically with her fingers. She hadn’t noticed me, and I stopped behind the panes, astonished to see how much her appearance had changed since the night before.

How, in an interval so brief, could such a strange transformation occur! She had the same red sweater as the day before, the same skirt, the same old shoes; but she had become unrecognizable to me. Everything that yesterday had made her beautiful in my eyes had vanished.

Today, too, obeying my father’s whim, she wore her hair loose, but her untidy curls, which yesterday were a fabulous garland, today gave her a slovenly, common look; and their blackness, contrasting with the pallor of her face, added something bleak. That heavy, slack pallor had banished the pure white color of yesterday from her cheeks; and the sockets under her eyes, whose untouched delicacy had made me think of the petals of a flower, were marked by a dark halo, ruined. Every so often, as she worked the dough, she pushed the hair off her forehead with her arm; in that act, she raised her eyelids slightly, and her gaze, which I remembered as so beautiful, appeared veiled, animal-like, and pitiful.

Seeing her again now, I was ashamed that the day before I’d been so intimate with her, going so far as to tell her my secrets! On the bench, forgotten, was my book of Great Leaders: and that sight increased my shame. Angrily I opened the French door, and then finally she saw me. A light of contentment and friendship illuminated her face and with a sweet smile she said:

But without responding to her greeting I looked at her sternly, as when a stranger, and an inferior, takes some liberties that we haven’t agreed to. Immediately her face lost its confident and happy expression. Her smile vanished and I saw her look at me with a strange expression: disappointed, questioning, and savage but not humiliated, and without the shadow of a prayer. I didn’t say a word to her; and, taking my book from the bench, I left.

During that day and those which followed, I avoided her presence, giving up even the company of my father rather than share it with her. I spoke to her only if I was really forced to, and on those rare occasions my manner was cold and off-putting, to make her understand clearly that to me she was less than a stranger. Wounded by my behavior, whose motivation she couldn’t know, she responded in a rapid, unsociable manner, looking at me reluctantly, with shadowy glances. But sometimes, mostly in the evening, when all our family was gathered, she offered timid propitiatory smiles, or seemed to ask humbly with her eyes what had caused her to lose my friendship. At those moments, I felt real disgust for her body. Her mouth especially repulsed me, which, like the rest of her face, wasn’t the same as on the first day. It had become a lifeless pink color, and opened slightly when she breathed, with a weak, stupid expression.

In those days, my father always took her around the island, and they were together all the time; I never went with them on their walks and avoided being with them. The weather stayed fine and, continuing the habits of my solitary life, I usually went out in the morning, with a big piece of bread and cheese, and didn’t return until dark. I also carried a book, and when I was tired of wandering I went to the café at the port, the one kept by the widow who made Turkish coffee in the enameled coffeepot.

In fact in that period I had money (an extraordinary novelty), because my father had given me fifty lire before leaving for his wedding, the morning he collected the money from the farmer. With that unaccustomed capital, for me an enormous sum, in my pocket, I peremptorily ordered a coffee with anise from the widow; and, throwing the money on the bar in advance, without condescending to any conversation, I went to sit in a corner, where I remained reading as long as I felt like it. At that hour, the only customer in the café was me; and the old woman either napped or devoted herself to long games of solitaire. Every so often, with the threatening, scornful air of an outlaw, I took out Silvestro’s famous illegal lighter, and, although unfortunately it lacked a flint and wouldn’t light, I clicked it ostentatiously. Reading, then, I always had displayed on the table a pack of cheap cigarettes, which I had recently bought but left untouched: in fact, in the past I had occasionally taken a few drags on my father’s butts, and I considered tobacco nauseating.

As night fell, the widow lighted a small lamp on the bar and, in that light, continued her solitaire. The flame of the squat candle, burning in front of the portrait of her dead husband, glowed with an almost sinister effect in the murky shadows of the place; and then I felt truly proud. It seemed to me that I really was a pirate of the seas, in a dubious tavern of adventurers: maybe in some Pacific village, or in the back alleys of Marseille.

But since the faint light didn’t allow me to read, at a certain point I got bored and, without saying goodbye to anyone, left the café and went back up in the night to the Casa dei Guaglioni.

As soon as I returned, I went straight to my room and shut myself in, not caring to look for the newlyweds; and then a feeling of solitude, of a kind that I had never known in the past, began to invade me. Even my mother, the beautiful golden canary of fables, who used to appear at my first call, no longer came to my rescue. And the worst was this: That it was not because of her unfaithfulness that she had failed me. It was I myself who had suddenly lost any desire to search for her, denying her mysterious person. My lack of belief, which had once spared her alone, now banished her, too, underground, among the other dead who are nothing and have no answer to give. Although I was sometimes tempted by a yearning for her, I said to myself immediately, crudely: “What are you thinking? She’s DEAD.”

I thus endured some difficult moments. But even in such moments I preferred to be alone, rather than find myself with the newlyweds. The only time we were all three together was in the evening, at dinner.

My stepmother had introduced this new custom at our house: every night we had a hot dinner, and the fire in the kitchen was burning at all hours of the day. This was, to tell the truth, the only reform she brought to our domestic order. For the rest, not being a great housewife, she limited herself to pulling up the blankets on the beds and, every so often, sweeping, in a very summary fashion but with great energy, the kitchen and the other rooms. And so, fortunately, our house remained, more or less, the same as before, with its historic grime and its natural disorder.

Our Costante, now that the bride was there, had with much ­satisfaction given up his duties as cook and servant, returning to his farm life. She could take care of our house herself; he showed up once or twice a week, to bring us fruit and other farm products.

At dinnertime, my father called me in a loud voice, and I came down. After that unique, celebratory evening of the first day, our communal dinners now unfolded rather silently. My stepmother was always fearful and uneasy in my father’s presence; but, unlike the first day, now, almost involuntarily, she stayed near him every minute, and even ended up sitting huddled next to him. At times, my father let her be, paying no attention to her, and at times, annoyed, he avoided her; but, as I said, in those days he was never apart from her.

After dinner, we all went to bed. Usually I preceded them, getting to my room quickly, where, closing the door, and without even turning on the light, I immediately got under the covers. From there I soon heard their footsteps in the hallway and the sound of a door closing behind them; and instinctively I covered my ears with my fists, for fear of hearing that cry again from their room. I couldn’t explain to myself the reason: but I would rather have seen a fierce beast appear before me than hear it again. 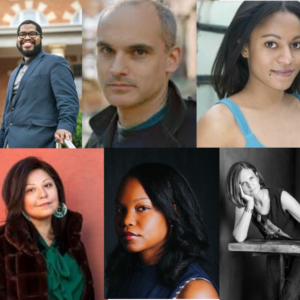